Birthstones Guide By Month And Meaning There is a long historical tradition of associating different gemstones - first with the 12 zodiac signs - and later with the12 months of the year. Gemstones reportedly have certain powers or properties we can take advantage of if we wear them as jewelry or display them in our homes. An eighth or ninth century practice was to own at least one of each of the 12-month-associated stones and wear each stone for the entire assigned month to amplify its power.

Over the centuries different lists of birthstones have been devised, and, instead of wearing all twelve throughout the year, it has become more common to focus on just the stone associated with one's birth month. Whether or not you believe in the power of gemstones, precious and semi-precious stones are beautiful and valuable and birthstones can make thoughtful and meaningful gifts. Our list of birthstones at thediamondauthority.org  is the list which the American Gem Society currently endorses.

Most months have only one birthstone, but people born in a few lucky months have two or even three to select from. The birthstone for January is garnet. This has not changed for the entire recorded history of birthstones. Garnets are typically deep red, reminiscent of the pomegranate seed, but can also be found in a variety of colors ranging from yellow to pink to brown. A rare and valuable variety of garnet is green. Garnets have been used in jewelry since ancient times in many cultures.

Garnets are considered to be protective. They light up the night for travelers and protect against nightmares. As gifts they symbolize friendship, strong feelings and loyalty. February's stone is the amethyst. Amethysts are quartz crystals ranging in color from a gentle lavender to a deep purple. The name comes from a Greek word meaning calm. The regal purple color inspired British royalty to use these gems in their regalia to signify their eminence. The color of an amethyst will fade in direct sunlight.

The ancient Greeks believed amethysts protected them from inebriation. Today people believe amethyst supports prosperity and wealth and clarity of thought. The stone symbolizes sincerity and spirituality. Amethyst stones are used for beautiful jewelry and you can often see them in geode form as decorative accents in living rooms or offices. March's birthstone is aquamarine. Just as the name suggests, this semi-precious stone is named for its blue color reminding us of flowing water or the wide blue sky. In seafaring cultures, sailors often brought aquamarine stones on their voyages. They believed an aquamarine under their pillow would help them get a restful sleep, and that keeping one in their pocket would protect them from spoiled or poisoned food and other dangers of life at sea.

The peaceful blue of the aquamarine has inspired people to keep it as a symbol for calm, youthfulness, hope and eternal life. Aquamarines make great gifts because they also symbolize friendship.

People born in March have another choice for their birthstone as well: bloodstone, also known as heliotrope. Even though it might seem like bloodstone ought to be red, it is actually green, with scattered dots of red. Legend has it that bloodstone was first formed at the site where Christ was crucified. It is said that when the Roman soldier pierced Jesus's side with his lance, blood dripped down onto green jasper in the ground, spotting it with specks of red. This legend is why many Christians to choose bloodstone as their March birthstone. The birthstone for April is the diamond - the most popular gemstone on Earth. Diamonds are the hardest stones on the planet and their name comes from the Greek word adamus, which translates to "invincible." Diamonds symbolize strength and love. They are usually transparent, called white diamonds, and therefore sparkle like no other stone, but you can also find diamonds of many other colors depending upon what mineral impurities they contain.

Some sources also name clear or white quartz as an April birthstone. Quartz is also a very hard stone and so symbolizes strength as the diamond does. May's birthstone is the emerald. Emeralds are among the most rare gemstones. They have a deep green color and symbolize Spring, rebirth and renewal. Emeralds, reportedly were a favorite of Egypt's queen Cleopatra.

People like to hold on to emeralds as a talisman for fertility, healing, spiritual renewal, and to empower new beginnings or eternal youth. Lucky June babies have three birthstones to choose from. The pearl, which is not exactly a stone, is formed from the inner shell lining of salt water oysters or freshwater clams when a grain of sand or other irritant settles into the shell. Pearls come in many colors and are not restricted to the string of round white orbs our grandmothers used to wear. They are radiant in their muted pearly colors, and symbolize success, happiness and love.

Another June birthstone is the moonstone. Moonstone is a type of translucent feldspar that has been used in jewelry since ancient times. It is said to magnify emotions, soothe the mind and prevent nightmares. It symbolizes the sacred feminine energy of the moon.

Alexandrite is June's third birthstone. It is renowned for the beautiful way it plays with light. Though its natural color is a yellow-green, light shining on it from different angles can seem to change its color from red to orange or even purple Alexandrite symbolizes love. July's regal birthstone is the ruby. Many sources label the ruby the "king of gems." Its value increases with the depth and intensity of its color. Owning a ruby bestows good luck on the owner.  Because of the deep red that reminds us of our own blood, rubies symbolize vibrant health and wellbeing. Historically, rubies were used as decorations for drinking vessels as we use cups to make toasts to health and vitality. As a gift, the ruby symbolizes love, passion and courage. August is another month with three choices. First on the list is peridot. Peridot is known for its lime to olive green color.  Unlike other gems, peridot appears to be the exact same color in both natural and artificial light. It was prized by the Egyptians and signified beauty, power and strength.

Spinel is another August birthstone. Spinel comes in many colors, especially pinks and reds, sometimes with an orange cast. Spinel soothes away sadness, reconciles differences and protects from harm.

Sardonyx is a form of onyx, brown in color and layered with sand. It boosts optimism and confidence. Ancient Egyptians reportedly put these stones in the corners of their homes to form a protective grid. The beautiful sapphire is the birthstone of September. The most prized sapphires are blue, but you can also find pink, yellow or green stones which are known as fancy sapphires. Sapphire's purity and deep blue hue signifies heavenly grace as weil as faithfulness and trust. The sapphire is a popular engagement stone because of its association with honesty and loyalty. From the Latin word, opalus, meaning a change in color, comes one of October's birthstones, the opal. The opal is a special gemstone because, like fingerprints, each one is unique. The colors in an opal flow and change as it moves through light. The opal represents innocence and hope.

The other October birthstone is the tourmaline. Tourmalines are found in a variety of colors, and before the mid-1800's when they were found to be a distinct mineral were often confused with rubies, emeralds and sapphires. Some tourmaline stones hold two or three colors. Tourmalines symbolize healing. One of November's birthstones is citrine, which is one of the most plentiful and affordable gemstones. It is a form of quartz and it has a yellow to brown color. Citrine is considered a gold gem that channels the positive energy of the sun. It symbolizes success, prosperity and joy.

November's other gold gem birthstone is the topaz. Egyptians used this stone to protect and heal. Though topaz can be found in many colors, the most desirable is the Imperial Topaz, a deep orange with pink undertones. It symbolizes consistency and friendship and is associated with strength and dispelling enchantments. 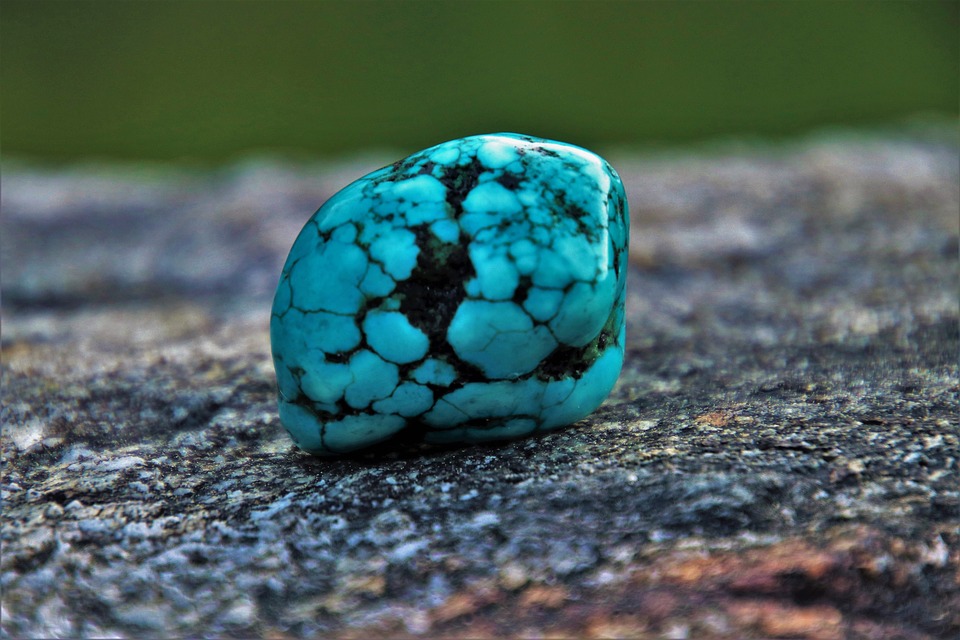 People with December birthdays also have three birthstones to choose from. Zircon comes in all the colors of the rainbow, but the blue is the most sought after. Popular in the middle ages, it has made a comeback due to its relative affordability and its beautiful range of colors. Zircon is said to bring prosperity and wisdom.

Tanzanite is the royal blue, indigo or violet gem that is found in only one place on Earth. It is said to have transformational powers and to assist in communication and psychic development.

The third choice for December is turquoise. Turquoise is light blue and often has veins of other deposits giving it a unique look. It has been valued for thousands of years by ancient Egyptians and Native Americans. The stone symbolizes friendship and brings good luck to the wearer.

Of course, you don't have to limit your jewelry to your birthstone, but now that you know a bit more about the symbolism and value of these many stones, you can choose gifts for your loved ones and select pieces for yourself that say just what you want them to say. Check back often at thediamondauthority.org  for the best information about gemstones.

As a participant in the Amazon Services LLC Associates Program, this site may earn from qualifying purchases. We may also earn commissions on purchases from other retail websites.