Gemstones are also known as birthstones, and these stones are religiously accepted by many for their growth and prosperity. The gemstone to highly impact your doings and understanding of the world. Now that you are sure about holding a November gemstone. Let us introduce you to some of your unique traits and the significance followed by individuals regarding November gemstone. 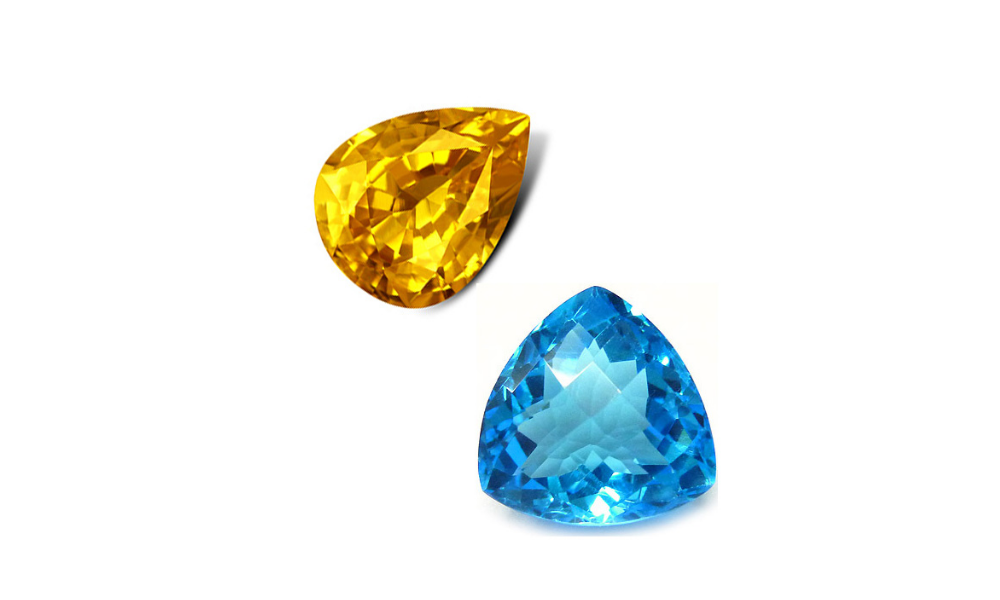 Through this write-up, you can also find a brief understanding of what gemstones mean and how November gemstones work on. Moreover, you can follow the different types of November gemstones in this article. Get complete details about your birthstone if you carry November stone from birth. There are significances associated with the November gemstone. Also, feel free to contact me for any related queries.

A gemstone is a stone that symbolizes a person’s birth month. This refers to their birth month as well as their zodiac sign. Scorpio is the zodiac sign of individuals born on November 1st through 21st, while Sagittarius is the birthright of those born on November 22nd through 30th. Birthstones are frequently worn as jewelry, with pendant-like necklaces being trendy.

To clear up the widespread uncertainty at the period, a global effort was launched in 1912 to standard the birthstones of each month. The Jewelers of America got together to prepare and publish a formal list.

When buying or giving a November birthstone, you can’t go wrong.

Topaz and citrine are known for their relaxing and happiness-inducing powers, likely to bring success, fortune, and joy to the owner or wearer.

Topaz and citrine are relatively durable birthstones that can be used in any jewelry. Topaz is slightly trickier than citrine, yet it can chip if carelessly pushed against a hard object. As a result, we recommend reserving this priceless gem for exceptional occasions.

Topaz is a complex silicate metal, to put it simply. Impurities or imperfections in the crystal structure lead it to change color, turning it into a green, red, violet, pink, yellow, gold, brown, blue, or clear tint.

A clear topaz birthstone is frequently heated to modify its tint and generate a blue topaz. This Blue Topaz is a popular November birthstone despite its radically contrasting dye.

The virtues symbolized by this lovely November birthstone are love and affection. When the November birthstone topaz is given as a gift, it represents the promise of eternal love and fidelity. Additionally, folklore has it that anyone who wears topaz jewelry will be endowed with knowledge and power.

Topaz was thought to have the ability to render a person invisible by the ancient Greeks.

The gem was also supposed to help with anger management and emotional equilibrium.

Topaz was thought to bestow longevity and knowledge as a symbol of respect and strength.

Topaz was pounded into a powder and combined with wine in the Middle Ages (500–1500 AD) to ensure a good night’s sleep.

Topaz was also supposed to have medical properties, including the ability to lower fevers, relieve asthma, improve vision, and prevent early death.

If you see Topaz in your dreams, a problem you’ve been having will be resolved soon.

The citrine birthstone is known for its beautiful gold hues, and it comes in various colors, from soft yellows to stunning reddish-brown amber. The word ‘citrine’ is derived from the Latin word meaning ‘lemon.’ When you look at a citrine birthstone, you will notice its warm golden shine.

Any jewelry produced with this November birthstone will attract a lot of attention. It is known as the “healing quartz” because it bestows an abundance of vitality and positive energy to those who possess it. For decades, this quartz has been acclaimed for its ability to cleanse lousy energy and increase positive and healing vibrations.

The citrine birthstone was extremely popular during Queen Victoria’s reign, and she loved to incorporate citrine motifs into her world-famous collection of royal jewelry.

You can choose a stone that symbolizes your personality or a special occasion. The birthstone for November is Topaz. Although both stones are yellow-gold, they are quite different in composition. They are both known for their healing qualities and are used in crystal healing. Topaz helps digestion and removes toxins, while citrine aids poor appetite, diabetes, and fibromyalgia. Its properties make it a popular choice for jewelry.

The name “topaz” is derived from the Greek word for St. John’s Island, an island in the Red Sea. The ancient Greeks used Topaz as the birthstone for November, but the name became official in 1912. At that time, any yellow stone was called a topaz, including chrysolite. Today, Topaz is a popular choice for necklaces, bracelets, and other jewelry pieces.

Although the birthstone for November is a sapphire, it’s also associated with healing. Unlike sapphire, citrine comprises different elements with other healing properties. The birthstone for November is an essential piece of jewelry that you can wear with pride. Its mighty manifestation powers will allow you to manifest your dreams! A necklace or ring featuring the stone will enhance your mood and make your life brighter.

The November birthstone is a variety of quartz, including Topaz. Its name comes from the citron fruit. It is a rare and valuable gem, but the name isn’t just for show. Its warm, yellow color is also believed to help people overcome difficulties and bring about prosperity. Historically, the yellow stone was carried as a protection against snake venom. Among the first civilizations to discover this gemstone was the ancient Egyptians. The Greeks and Romans carved images into the stone. Then, the ancients used it as protection against venom. Topaz was first discovered in the rock, but the Greeks and Egyptians found it on swords.

For centuries, Topaz was the birthstone for November but is now the most popular yellow gemstone globally. It is the birthstone for both women and men. A rose-cut in a pink topaz will enchant the recipient and attract love. Its popularity has led to many celebrities wearing the stone as their birthstone. This beautiful stone is a sign of love, and it can reverse the signs of degenerative disease.

Whether you’re looking for a ring for your daughter, or a beautiful piece of jewelry for yourself, it is essential to know the birthstone for November. If you’re planning a special occasion, a yellow gemstone is a beautiful way to celebrate the month. This month’s birthstone is a lovely gift for your loved one, and it’s sure to bring her happiness and joy.

Citrine is clear, brownish-orange quartz, and it has long been used by humans as jewelry and has magical properties. Interestingly, it was often mistaken for the yellow Topaz, and people believed that Topaz and citrine were the same. Topaz is similar to citrine, but the two stones differ in appearance. The name is close to the word “lemon,” and the most expensive citrine has a brilliant red to a brownish hue.

Topaz is a colorless stone in its raw form. Topaz arrives in various shades, including pastel blue, pink, red, brown, yellow in multiple tints, and even black. The hue of red and pink Topaz comes from chromium atoms in the crystal. Minor element substitutions and crystal imperfections cause the majority of the other colors. Some colors are brittle and may fade over time. Heat can affect the color of some stones. Colorless Topaz can be turned into blue jewels by exposing it to high-energy irradiation.

Gemstones have long been associated with stories and legends throughout human history. Some gems have been revered for centuries, while others have only recently been discovered. Some are thought to possess unique abilities, although all are stunningly beautiful. Each gemstone has its color, birthplace, and significance.

Amethyst is a gem well-liked for its gorgeous color and availability in various forms and sizes. The gem’s vivid color tone is so appealing that it pairs nicely with warm and cold colors and yellow and white metals for jewelry. It is also a gem that is well-liked for its affordability.

This gem’s one-of-a-kind capacity makes it a must-have addition to your wardrobe and gives your individuality a dazzling appeal. According to some ancient Greek and Roman traditions, this gem reduces Bacchus’ restorative power, allowing the owner to have a clear head and think of solutions more effectively.

Diamonds are the most demanding stones and are prized worldwide for their radiance. They are said to have developed when lightning struck the rocks and hardened them over a billion years ago in the planet’s depths. They come in various sizes and colors, and when studded with gold, silver, or platinum, they look gorgeous. It’s not simple to find the perfect diamond for yourself, and it is the most admired gift for couples or ladies since it represents eternal love and desire. Learn how to find the most extraordinary diamonds for you by reading our guide to Buying Diamond Jewelry.

Garnet is a one-of-a-kind stone that comes in various colors, earning it the nickname “rainbow gem.” It comes in multiple colors, including red, green, orange, pink, and purple, and can be found in Russia, Africa, Sri Lanka, Namibia, and Rhododendrons. It is frequently given as a gift because of its vibrant colors. It represents protection because it aids in the prevention of nightmares and mishaps while traveling.

Jade is considered a regal gemstone since it was once encrusted in rulers’ crowns. Since 2950 BC, it has been regarded as one of China’s royal gems. The gem is known for its brilliant green hue and shimmering smooth shapes, but it also comes in purple, yellow, pink, and white colors. The flat, donut-shaped disc known as a pi, commonly worn as a pendant, is one of the most prevalent jade, and it is supposed to be a protective, fertile, and prosperous emblem.

The term lapis lazuli refers to a blue gemstone. It’s also regarded as a royal stone because it was prized by royalty in the past and has been adored for millennia. It is thought to keep your limbs healthy and guard your soul against fear and envy. These gems are available in two shades: sky blue and ocean blue, and their allure of beauty draws you in.

Moonstone, which has a transparent to crystalline crystal texture, is thought to have formed from frozen moonlight. It represents serenity, fortune, and fidelity based on the colors. The moonstone with blue sheen color is the best stone with optimum clarity and high quality among numerous colors ranging from colorless to grey, brownish, yellow, green, peach, purple, or pink. It can be found in portions of India and Madagascar.

An onyx stone, like black, never goes out of style. This gem is also available in brown, red, and white, but black is the most popular. Sardonyx is a selection that is reddish-brown with white and lighter reddish stripes. Its elegant black color is traditional and modern, providing the user with a classy appearance. The wearer is considered to be protected from evil and death mares.

Pearls are unique in that they are the only gems created by living creatures, namely seashells. Persians also refer to them as God’s Tears. They are the most beautiful and valuable jewels. Natural pearls are difficult to come by, so cultured pearls come in a rainbow of colors, ranging from light cream to white to rose, lilac, green, gold, grey, and even black. They give any item of jewelry a timeless appeal. Wisdom, honesty, purity, spirituality, and femininity are associated symbols.