Many people think that diamonds are the rarest stones on Earth. However, this is a misconception, since diamonds are quite abundant in some areas. Not to mention that scientists have now found a way to create them artificially in a laboratory. Now, more and more people find out about the Amora gem. Today, we are going to shed some light on the Amora gem vs diamond battle and see if this new gem is worth it.

Origin of the Amora Gem 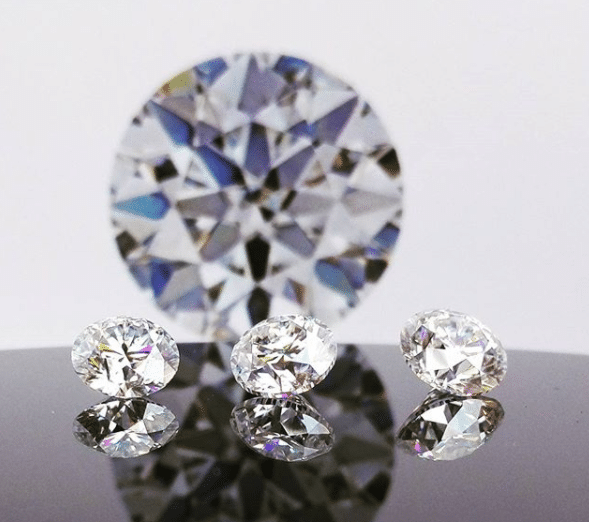 The Amora gem occurs naturally as stardust around large stars in the Universe. The crystal of this gem appears only under extremely high temperatures. And here we see one of the first thing that makes a difference in the Amora gem vs diamond competition. While diamonds are not as rare as most people think, this gem can only be found next to the Earth’s heated core. You can even say that because the Amora gem can be found so rarely, diamonds got their shot to fame.

This crystal is, in fact, older than our planet, which is incredible. Paradoxically, it wasn’t available on Earth until recently. The best part is that scientists learned how to grow the Amora gem in the lab by recreating the star-like conditions. But even so, the total production they obtained equals just a fraction of the mining result of natural diamonds.

Characteristics of Amora Gems and Diamonds

Yet another characteristic that makes the difference between the newly discovered Amora gem and diamonds is the sturdiness. As we mentioned, the Amora gem grows only at temperatures that are extremely high. If a diamond was kept at such temperatures, it would simply be vaporized. However, one aspect where this gem is losing in front of diamonds is the hardness. As we already know, diamond occupies the best place on the Mohs scale that measures hardness, reaching level 10. Meanwhile, the Amora gem has a 9.5 grade.

Next on our list of characteristics is the brilliance refractive index, abbreviated RI. This measures how much a gemstone refracts light and at what angles. The Amora gem loses again when it comes to this, achieving 2.71. Meanwhile, the diamond yields a result of 2.42.

We also need to compare the fire dispersion factor. This measures how much white light gets dispersed inside the gem and then it reflects on all the inner surfaces. Here, the Amora gem obtains a score of 0.104, while the diamond lags with 0.044.

Since it’s so important, we decided to deal with color separately. The Amora gem sports D, E, and F colors, which are better than the ones you find with most diamonds. This can also be due to the atomic composition. While the diamond is made up 99.99% of carbon, this new gem is made of 50% carbon and 50% silicon. 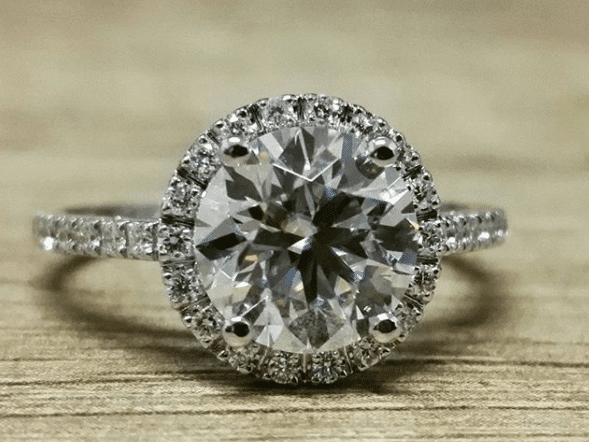 Once again, we must admit where the gem wins in the Amora gem vs diamond competition. As scientists have proven, the stardust stone comes with a greater physical stability, being tougher than the diamond. On the long run, this is great, since it means that it’s more resistant to breakage and chipping. This is very important if you decide to get a ring that you wear daily. While the diamond gets a Good-Excellent result, the gem gets an Excellent mark. Moreover, the latter comes with a greater physical stability.

Hearts and arrows is the ultimate level when it comes to round cutting. With diamonds, you can rarely find a perfect shape. Surprisingly, with the Amora gem, you can find a better cutting than 99% of the round diamonds available on the market, which is amazing.

Just like with any luxury product, precious gems and stones are usually involved in different kinds of conflict. Such is the example of the diamond, which is often the reason for fights. Moreover, often we learn about conflict diamonds. This is the name given to the diamonds that are sold by armed groups with the purpose of gaining funds for weapons purchases. On the other hand, there is no such thing going on with the Amora gem, so you don’t need to worry about that.

Moreover, all the moral issues with the exploitation and slavery in Africa are not present with the Amora gem, precisely for the reasons we were exposing in the beginning. The gem is very rare, so it can’t be mined like regular diamonds.

Another issue with mining diamonds in Africa is the fact that people are depleting the land from its natural resources. Extensive mining in an area can lead to environment problems, besides the exploitation issue we previously mentioned. Though not all areas where people get diamonds are problematic, this aspect can vary. Meanwhile, the Amora gem is always environmentally friendly. Creating it does not affect the environment in any way, especially since the entire process takes place in the lab.

Here you have a brief clip showing a review of the Amora gem:

Many people make the mistake of confusing the Amora gem for moissanite. However, it’s important to know that these are two separate things. Indeed, they both belong to the Silicon Carbide family of crystals. However, this just means that both are made of silicon and carbon, just like the rest of 200 members of this family.

What makes them different is the internal structure. The crystal structure of the Amora gem is distinct, being optically superior to that of the moissanite. As such, the gem offers more brilliance (the refractive index we presented earlier), plus it comes with a better color (it has a wider optical band gap).

The Amora gem is quite a new entry on the precious stone market that baffled people and dethroned the diamond. Though it is indeed rarer and thus, more appreciated than the diamond, there are some aspects where the diamond remains the leader, as shown in this Amora gem vs diamond comparison. Even so, it’s a good alternative for people who don’t want to follow the classic path and invest in a more interesting gem.

1 thought on “Amora Gem vs Diamond: An Even Rarer Option than the Diamond”