Sparkling, unbreakable symbol of eternal love, the heart shaped diamond has graced royal courts of Europe and captured the imagination of romantics the world over for centuries. Though it has only been in the last century or so that these stones have achieved widespread popularity, they have a storied past dating back to Renaissance Italy. 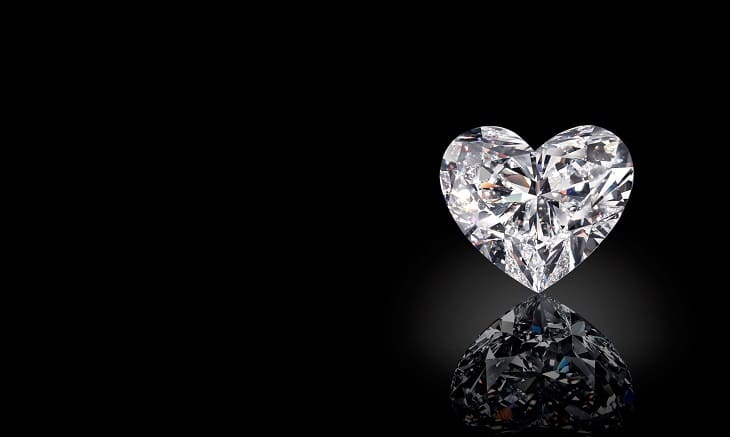 What Is a Heart Shaped Diamond?

Cut to resemble the universal symbol of love, heart shaped diamonds are one of the more complex diamond cuts. As such, only highly skilled cutters are able to achieve the unique 59 faceted cut. They are most popular as engagement and promise rings, though pendants have also been popularized. Although it resembles the pear shaped cut, heart shaped diamonds are actually a modified round brilliant cut. This makes the romantic cut a modified brilliant one. The stones can vary in their shape from narrow to fat, though certain settings work best with different shapes. For example, a pendant would work best with a more narrow shape. A ring would best be served by a fatter shape, to help give the stone the sparkle they are famous for.

Being a modified brilliant cut, these stones form a cone at their base. This cone allows light to filter through the gem’s facets. The light filtering through the stone gives it that sparkling look diamonds are known for. A heart shape is achieved best by working with a macle stone. Macles are twin crystals. This occurs when two otherwise separate stones share some connecting points symmetrically. The phenomenon makes these stones particularly useful for the fancy cut diamonds. Modified brilliants such as the heart shaped gems fall into this category. Although size and shape factor into the stone’s final look, all fancy-cut crystals are easily recognized by their brilliance. Finding the right heart shaped stone is a matter of personal preference, but easy to do.

The History of the Heart Shaped Diamond

The precise origins of the heart shaped diamond are unknown, though it is likely to have been sometime prior to 1463. It is at this time that the first recorded mention of this cut is found, in a letter addressed to Nicodemo from the Duke of Milan, Galeazzo Sforza. The description is given in a casual manner, leading historians to believe heart shaped diamonds had been around for some time. Scholars believe legendary diamond cutter Louis van Berquem may have introduced these stones to Milan’s elite after his 1458 discovery of how to cut diamonds with their own dust.

After the Duke’s letter, the next mention of such a cut is in 1562, when Mary Queen of Scots is recorded as having sent Elizabeth I such a stone in a gold ring. Two influential Cardinals, de Richeliu and Mazarin, are also known to have owned heart shaped diamonds in the 17th century; the most famous of these being Mazarin’s set of eighteen diamonds, which contained three such stones. 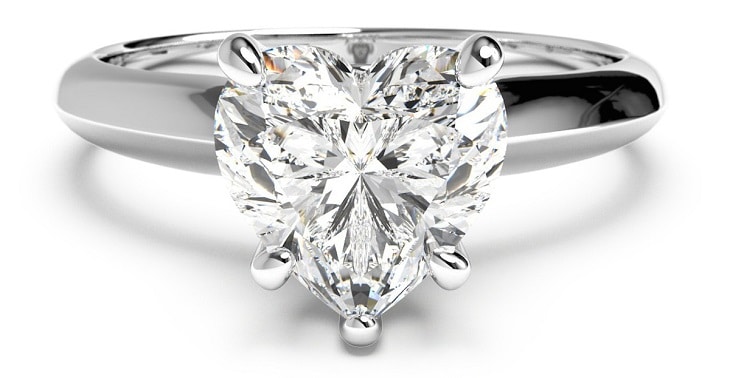 As a symbol of romantic love, the heart shaped diamond closely resembles the pear cut diamond, the most notable difference being the cleft at the top. This cleft serves to identify the two halves of the heart, while the so-called wings lend a rounded appearance down to the point, giving the gem its name shape. It is critical that the heart shaped diamond be easily distinguished from the pear shaped, making symmetry between the sides an important consideration. This distinction may be difficult to achieve with a smaller stone.

Size matters with heart shaped diamonds as it does with few other cuts. The smaller the gem, the more difficult it becomes to make out the intended shape, so diamonds less than 0.50 carats are not ideal. Available in a variety of silhouettes, these gems serve as popular pendants and rings. The available variety means the final decision is of personal preference, though it should be noted the length-to-width ratio for the classic heart shaped diamond is 0.90 to 1.00. A diamond intended for a pendant may need to be narrower, with a ratio between 1.05 and 1.15; stones destined for a solitaire ring setting will likely need to be wider, between 0.80 and 0.90. These measurements will have a direct impact on the weight of the final gem and will decide the final price. In the end, much of the stone’s brilliance and placement is a personal preference for each customer.

Having gained popularity in recent years as celebrities such as Lady Gaga and Joan Collins have cemented their engagements with these gems, heart shaped diamonds are now a favorite among engaged couples. The best settings for these rings are bezel, three-pronged, and five-pronged. 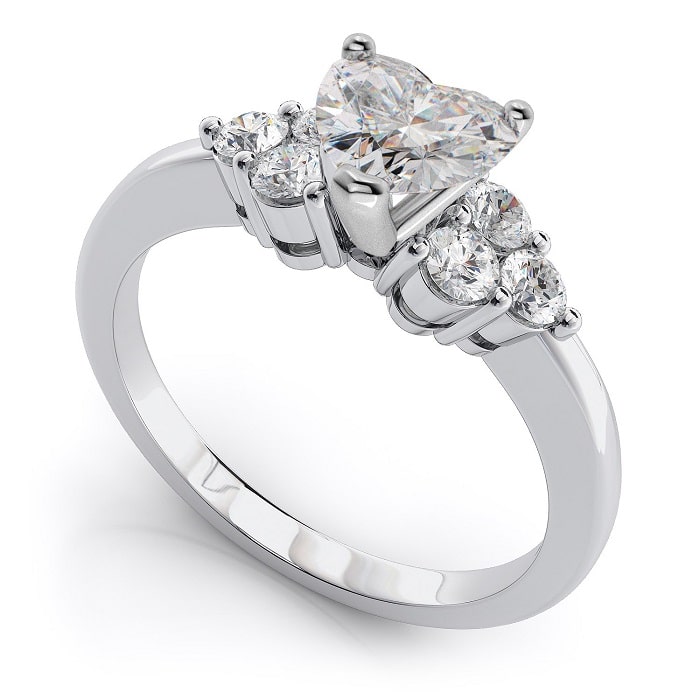 These stones, with their Renaissance origins, are a pure symbol of love. Whether they are used for an engagement celebrating young love or gifted between couples long together as a symbol of true love, heart shaped diamonds are stones to treasure. Their unique shape and symbolism are sure to keep these stones on the market for to come. Let us know what you think of these romantic gems in the comments.