Odds are unless you are an aspiring chemistry student, you don’t know much regarding tungsten vs. titanium or how they compare. In fact, other than that these metals are both commonly used to make men’s rings, many people couldn’t identify any significant similarities or differences between them.

But there are significant differences when considering tungsten vs. titanium. In choosing the right ring for you, it is essential to compare these critical distinctions. Then you will be sure to select the best ring for your needs and preferences.

But don’t worry. The tungsten vs. titanium topic isn’t as dull as you think. And there are actually some pretty interesting facts to explore along the way.

So What Exactly Are Tungsten and Titanium?

Tungsten and titanium are both metals. They are both widely used in various products, including men’s rings. But that is where their similarities end. Let’s dive into some of the details of each metal.

Let’s start with the basics. Tungsten is considered a rare metal occurring naturally on Earth. But tungsten is almost always found as part of chemical compounds rather than existing in its pure form.

Tungsten has an atomic number of 74 and listed on the periodic table featuring its chemical symbol of W. For its physical properties, tungsten is grayish white and features a density much greater than water or lead.

Tungsten is usually combined with other metals to form alloys used in a variety of ways.

You can thank tungsten for incandescent light bulb filaments, x-ray tubes, industrial catalysts, and radiation shielding. Given tungsten’s hardness and incredibly high density, it is used for military applications as well.

Ok, now that the basics are taken care of, let us consider some cool aspects of tungsten.

Lastly, tungsten is the heaviest metal to play a role in biological processes. Certain bacteria use tungsten to form enzymes which play a vital role in different processes (the specifics can be found here).

Titanium is a metal appropriately named after the Titans from Greek mythology, who were divine beings that preceded the Olympians. It, like the Titans, is hard and strong and is a naturally very shiny metal.

On to that boring chemical stuff again:

Titanium was discovered in 1791 and features the chemical symbol Ti and an atomic number of 22. Titanium almost always is found as part of igneous rock, which is a kind of rock formed from volcanic activity and magma. It can, however, be found as part of minerals as well, including rutile, sphene, and ilmenite.

The notable comparison between this metal and the Titans of myth comes from its physical properties. Titanium is not a dense metal. This low density means that it is lightweight. In spite of this fact, titanium is as strong as steel. So titanium has the highest strength-to-weight ratio of all metals in the periodic table.

Tungsten vs. Titanium: Why Does it Matter? 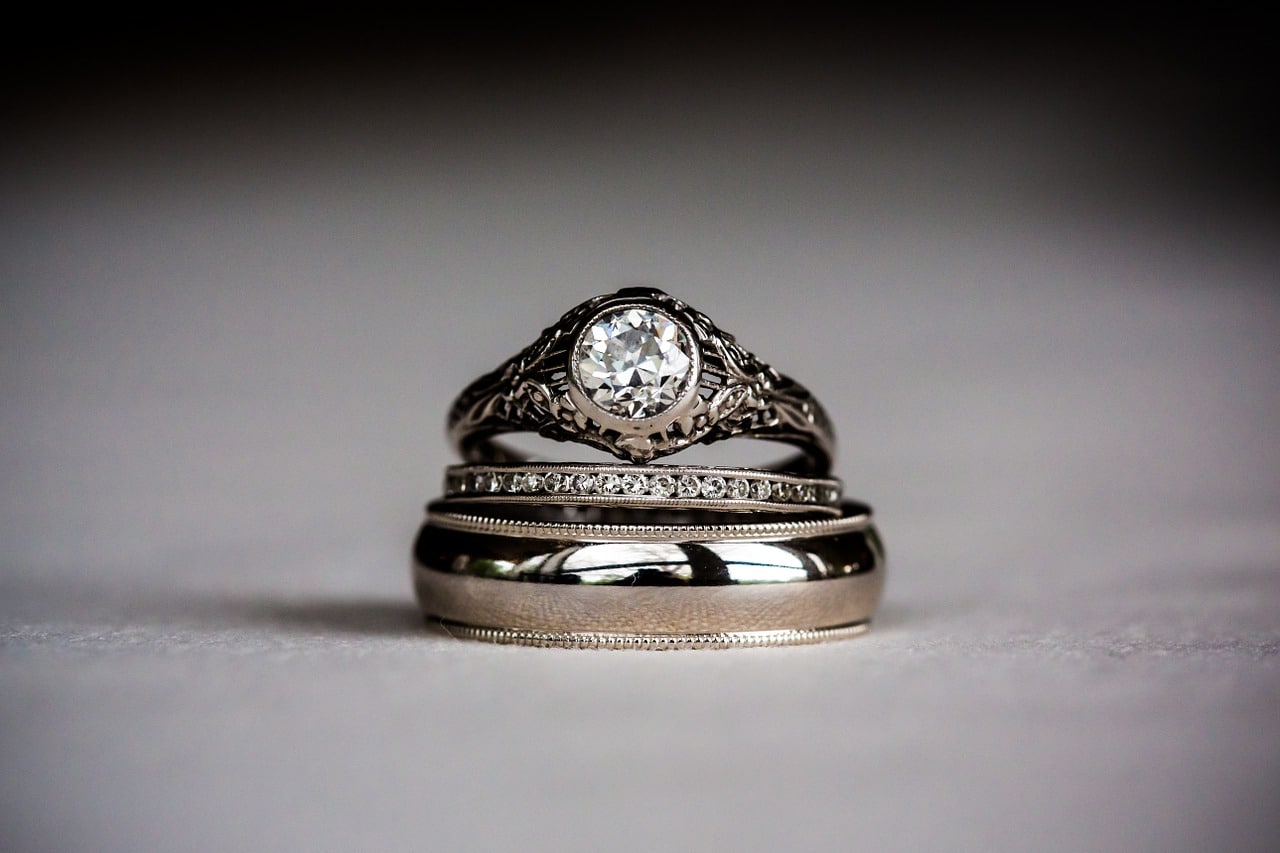 You may be curious why the topic of tungsten vs. titanium is important. Well, there are many important reasons.

Of primary interest for most people is that these metals are two of the most common choices for men’s wedding bands. So the distinctions between tungsten vs. titanium are most important in choosing between these metals for that special wedding band.

But these metals have many additional uses in the world today. These valuable metals each have distinct applications in industry as well as our daily life.

Given the unique properties of tungsten, it has many important applications. Its primary use today is with hardmetals. Tools using hardmetals are critical in the shaping of alloys, metals, plastics, ceramics, as well as composites. Hard metals are also vital for the construction and mining industries.

Other uses of tungsten include use in incandescent light bulbs and electric contacts and arc-welding electrodes. Alloys often feature tungsten for improved strength.

Tungsten comprises components used in the medical industry. X-ray tubes often contain a tungsten emitter coil, and medical screens use tungsten to convert x-rays into visible light. The final notable use of tungsten is in microchip technologies.

Titanium has many essential uses as well. Due to its strength and lightweight properties, titanium is a critical component in the aircraft industry.

Aircraft parts, frame, and engines increasingly contain titanium today. In fact, the aerospace industry is the number one consumer of titanium alloy products.

Titanium is also prominent in various sporting equipment, such as golf clubs and bicycles. The Leaning Tower of Pisa owes thanks to titanium for increased stability of the structure. And if you own an Apple PowerBook laptop, the reason your computer is so light is due to the presence of titanium as well.

And perhaps surprisingly, products such as paints, inks, and even food products contain titanium as well.

Another interesting use of titanium comes from it being highly biocompatible. This quality means that the human body can handle large doses for prolonged periods of time without adverse reactions. So titanium applications include surgical implants and joint replacements.

And of course, jewelry, such as piercings worn constantly, contain titanium as well.

Tungsten vs. Titanium: The Major Differences 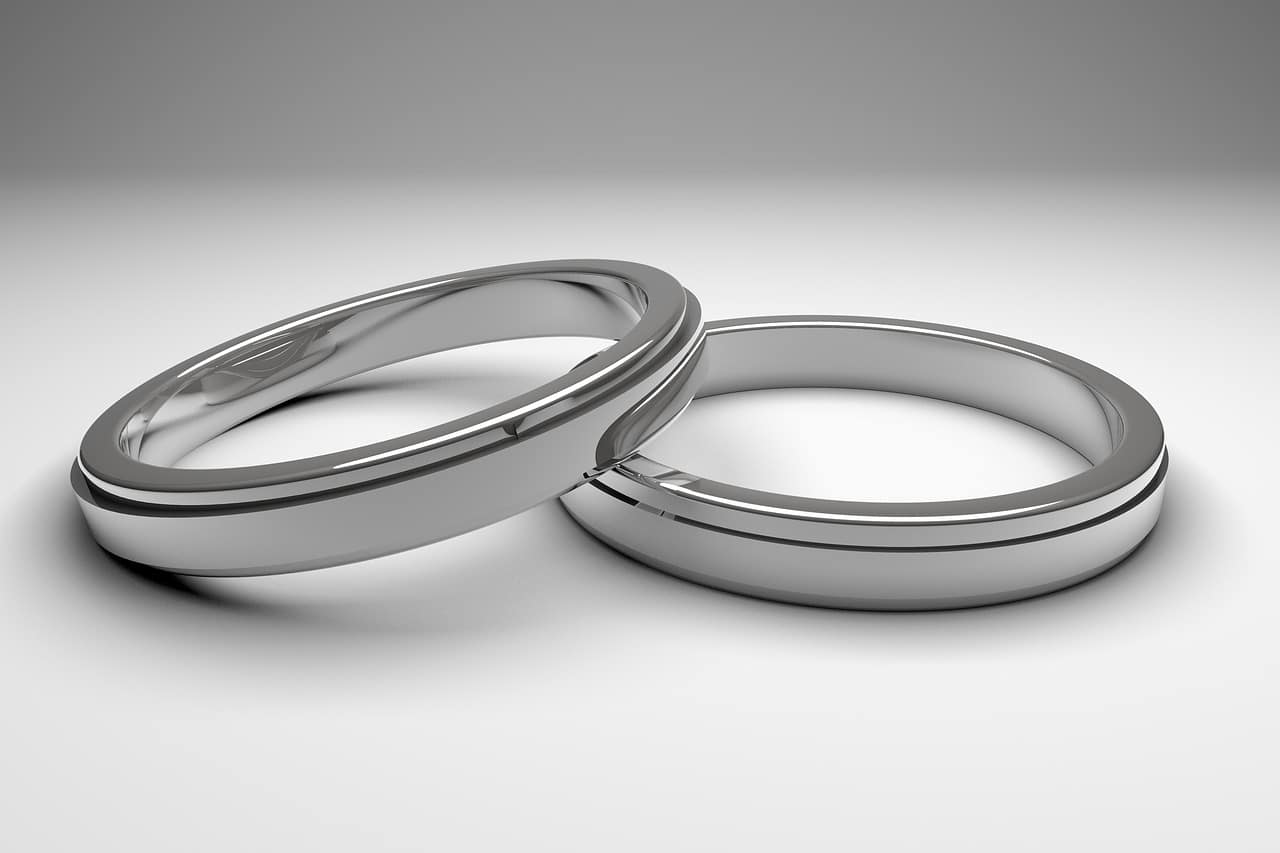 So we already determined that both tungsten and titanium are very strong metals. So it makes sense that are popular choices for men’s wedding bands.

And by the way, ring manufacturers typically use tungsten carbide instead of tungsten. But people still refer to these rings as tungsten rings.

Be aware that because both tungsten and titanium are so strong, you probably won’t be able to have them resized in the future. But as we will see, this may not be a huge problem as these rings are not prohibitively expensive.

As wedding rings go, both tungsten and titanium are rather affordable. So in this comparison, tungsten vs. titanium isn’t particularly relevant. Both of these metals are more affordable alternatives to precious metals such as gold and silver.

But notably, the prices of tungsten and titanium do vary depending on style and manufacturer. Another critical factor in the cost of the ring is the type of metal comprising the ring, whether it is a pure form or a more inexpensive alloy.

But even with the range of price for various titanium and tungsten wedding bands, you can count on them being cheaper alternatives to gold and silver.

And what about the weight?

Differences in weight is a significant consideration when comparing tungsten vs. titanium. If the feel of your ring is important, titanium and tungsten provide you with opposites to choose from.

Titanium rings are extremely lightweight. This quality is ideal for guys who don’t want a heavy weight on their finger. In fact, a titanium ring is barely noticeable.

However, tungsten is a perfect choice for men who like the added weight for their ring. Tungsten rings are quite heavy and provide confirmation that you are wearing something on your finger at all times.

So how do they look?

There is very little difference in how tungsten and titanium look. Both of these metals are light gray and shiny metal. These metals are perfect for a classy looking wedding band.

In appearance, there is little difference between a tungsten wedding band and a titanium wedding band.

Are they tough enough?

If you value durability, both tungsten and titanium resist damage effectively. But there are differences to what extent each metal is resistant to specific types of damage.

If being scratch-resistant is more important to you, a tungsten ring is a better choice. To put this fact into perspective, tungsten is so resistant to scratches that only a diamond is a threat. This quality, combined with the ability to retain its polished appearance for decades, makes it a perfect metal in this case.

If being crack-resistant is the higher priority, titanium shines. Not only is tungsten somewhat brittle, but titanium is a natural crack-resistant metal. Where tungsten may crack or even shatter if hit with a solid object, titanium would be no worse for wear.

What about skin allergies?

Anyone with skin allergies looking to buy a wedding band will surely prioritize hypoallergenic properties. So comparing tungsten vs. titanium is important in this case.

Most titanium rings are hypoallergenic and an excellent choice for men with skin allergies. But tungsten rings differ. Tungsten carbide contains cobalt, which is a common allergen for specific skin types.

In terms of skin allergies, a titanium ring would be the safer choice to prevent any possible skin reactions from your wedding band.

Tungsten vs. Titanium — Ring a Bell?

Hopefully, you now realize that comparing tungsten and titanium is actually a much more exciting topic than you initially guessed. Both metals feature distinct and unusual properties.

The real-life application you must consider when weighing tungsten vs. titanium are generally important when choosing a wedding band for men. But as mentioned above, these metals are components in aircraft, computers, and even the food you eat.

Tungsten being compared to titanium is interesting for people beyond those that love chemistry. Both metals play a valuable role in people’s lives. This understanding extends beyond choosing a wedding band easily to include the world and objects around us.

Have your own experience or take on tungsten vs. titanium? We would love to read about it in the comments below! 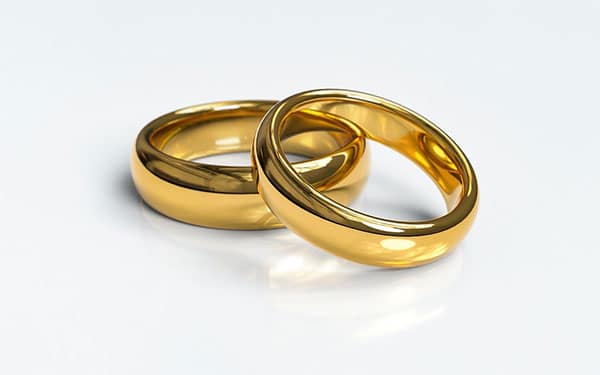 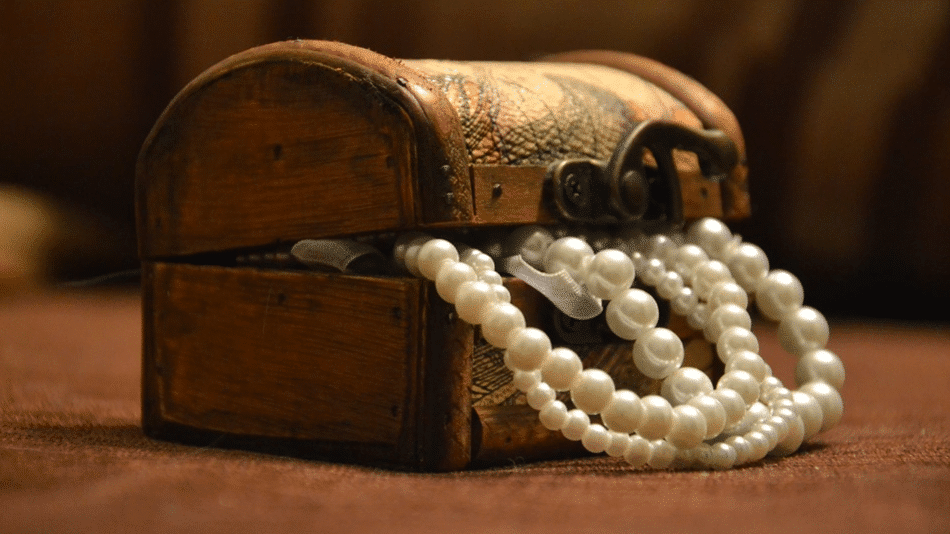 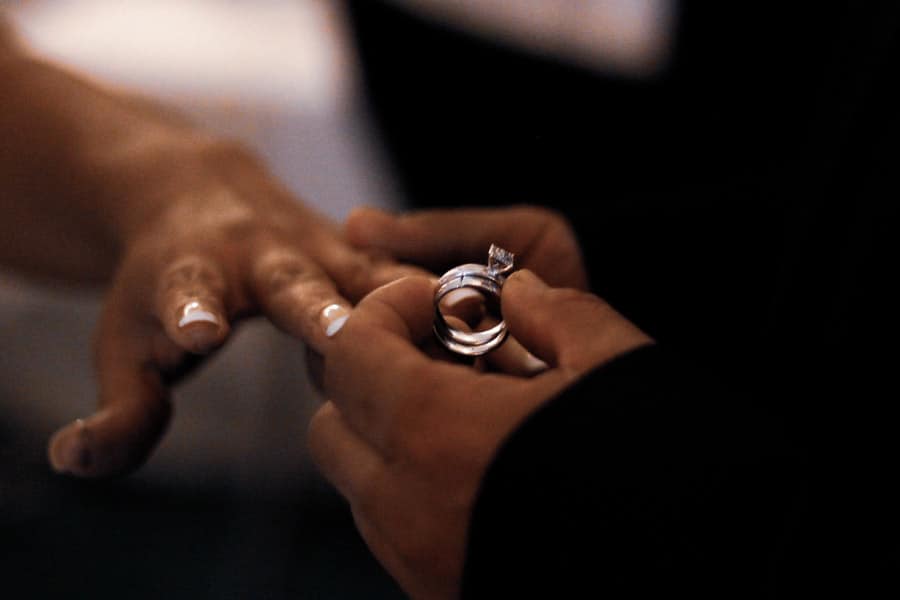 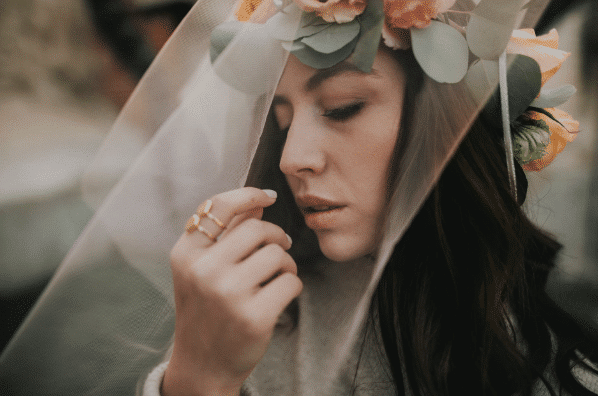