Like most of us,  you probably have been taught that diamonds are rare. They are in reality very abundant–it is the diamond companies that release just enough of them each year in order to keep them at a premium.  Think this is a surprising fact? It might also surprise you to find out that there are many more rare (and expensive) gemstones than diamonds–and you won’t likely be able to find them at your local jeweler.

Here is our top ten list of the most sought after and exceptional gems in the world.

The Guinness Book of World Records listed painite as the most rare gemstone in the world. This fascinating gem was unearthed in the Southeast Asian country of Myanmar (bordering Thailand) by a British mineralogist named Arther Pain in 1954. It is so rare that for the most part, only two crystals existed up until 2005. Since 2005, a few dozen more have been found on earth (with a few thousand fragments), making this one of the world’s most rare and valuable gemstones.

This is an amazingly unique gemstone, with its beautiful color changes which are determined by the type of light it is in. Alexandrite doesn’t change when you view it from different angles–it actually has a shift of colors when it is rotated in different types of light. For instance, in natural sunlight, the stone has a greenish blue hue. When viewed in soft incandescent light, it looks reddish purple. Perhaps it could be better known as a chameleon stone!

A shocking 1000 times more rare than a diamond, tanzanite is only found in small quantities at the bottom of Mount Kilimanjaro. Just like the above mentioned alexandrite, tanzanite has incredible changes in color depending on the lighting. 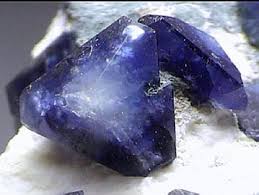 Benitoite is a beautiful deep blue stone that was discovered in the rivers of  San Benito County, California. Some gemologists say it has been found in Japan and interestingly enough, Arkansas. However, they were found to not be of gemstone quality and therefore unable to be utilized as a typical gemstone. It is still, however, the state gem of Arkansas.

Benitoite is impressive (and frankly, amazing) when it is placed under ultraviolet light. The color of the stone becomes strikingly similar to glow in the dark blue chalk.

One of the first sightings of poudretteite was in a quarry in the Eastern Canadian province of Quebec. Although it was discovered in 1965, it wasn’t listed as an official gemstone until the late 1980’s. It is so rare, in fact, that very few people on earth will ever come across this gemstone–and fewer people will have even heard of it. 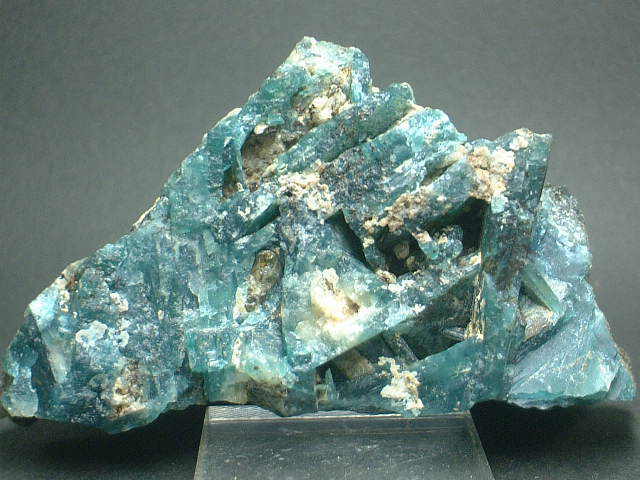 Discovered in Sri Lanka, grandidierite is a greenish-blue mineral that can also transmit white, blue and green light (similar to alexandrite and tanzinite).  Although found initially in Sri Lanka, it is now only known to exist in Madagascar.

Alright, so technically speaking red diamonds are diamonds, but they highlight an important point about the mineral that’s really worth pointing out, namely that diamonds come in a range of colors. They are, in order of rarity: yellow, brown, colorless, blue, green, black, pink, orange, purple and red. In other words, The clear diamonds you’re liable to encounter at your local jeweler aren’t even rare as far as diamondsgo.

As a point of reference, the largest red diamond on Earth — The Moussaieff Red, pictured here — weighs just 5.11 carats (about 1 gram). The largest traditional diamonds — such as those cut from the 3,106.75-carat Cullinan diamond — weigh in at well over 500 carats.

This mineral was first discovered in 1967 at the Musgrave Range in South Australia, but has shown up in limited quantities in Greenland, Madagascar, and Antarctica. The very first specimen that was actually large and pure enough to be cut to shape (like the one pictured here, courtesy of the Gemological Institue of America) wasn’t reported until 1993, and, as of 2005, only eight such specimens are believed to exist.

First discovered in Siberia at the end of the 19th century, gem-quality crystals of jeremejevite (i.e. minerals large and clear enough to be cut to shape) have since been recovered in limited supplies in Namibia. Pictured here is the largest faceted jeremejevite on Earth, weighing in at just shy of 60 carats (or roughly 12 grams).

Red beryl (aka bixbite, “red emerald,” or “scarlet emerald”) was first described in 1904, and while it is closely related on a chemical level to both emerald and aquamarine, it is considerably rarer than both. (The mineral’s red color is due to the presence of Mn3+ ions.) 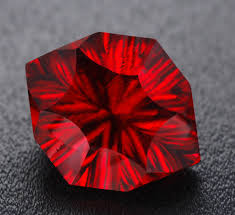 The mineral’s known distribution is limited to parts of Utah and New Mexico, and has proven exceptionally difficult to mine in an economically feasible fashion. As a result, some published estimates say rubies of similar quality (rubies being a rare gem, themselves), are roughly 8000 times as plentiful as any given red beryl specimen. Consequently, prices on red beryl have been known to reach as much as 10 grand per carat for cut stones.