The Asscher cut diamond is one of the hottest trends in jewelry.

Its art-deco look is at once modern and retro. Its shape brings out the best in high-quality diamonds, but it can also emphasize the flaws in less-than-perfect stones.

If you are shopping for a diamond, read all about the cuts and decide if the Asscher cut diamond is right for you or your loved one.

What Are the Various Cuts of Diamonds?

Before shopping for a diamond, you should ask yourself a few questions. First, how much are you willing to spend? Many people think diamond size when they consider cost, but even among similarly sized diamonds, there can be a lot of differences in quality and clarity. Some diamond shapes hide flaws, while others make imperfections stand out.

For some, a near perfect single carat in a stunning cut and setting might be far better than a cloudy three-carat stone. For others, size matters, and the right cut is imperative for bringing out the best in an imperfect gem. With a little education, though, you can find the diamond and the cut that will impress, on nearly any budget. 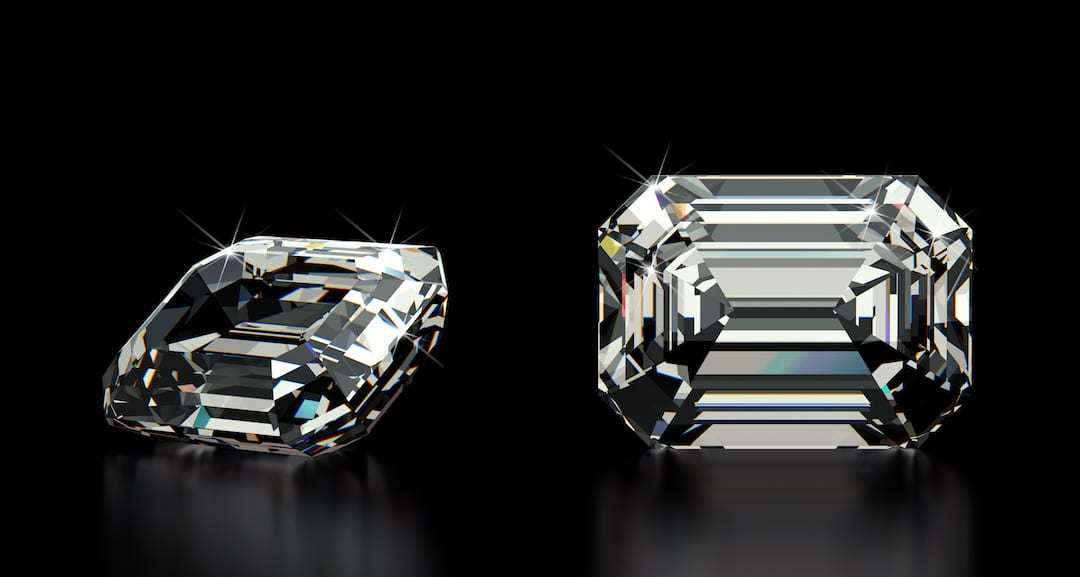 It’s not surprising to know that the emerald cut diamond, which has been around since before Victorian times, got its name from the traditional way to cut an emerald. An emerald cut’s rectangular shape makes it timeless and elegant. While the ratio of length to width can vary, the classic emerald cut diamond is between 1.3 or 1.4, which means that the width is a bit more than half the length. It also has 58 facets, all in straight lines which run parallel to the sides of the stone.

Because emerald cut diamonds have a relatively large table (the flat part at the top), it shows a stone’s flaws, so look for a diamond with at least a VS1 or VS2 clarity rating, where flaws are not visible to the naked eye. 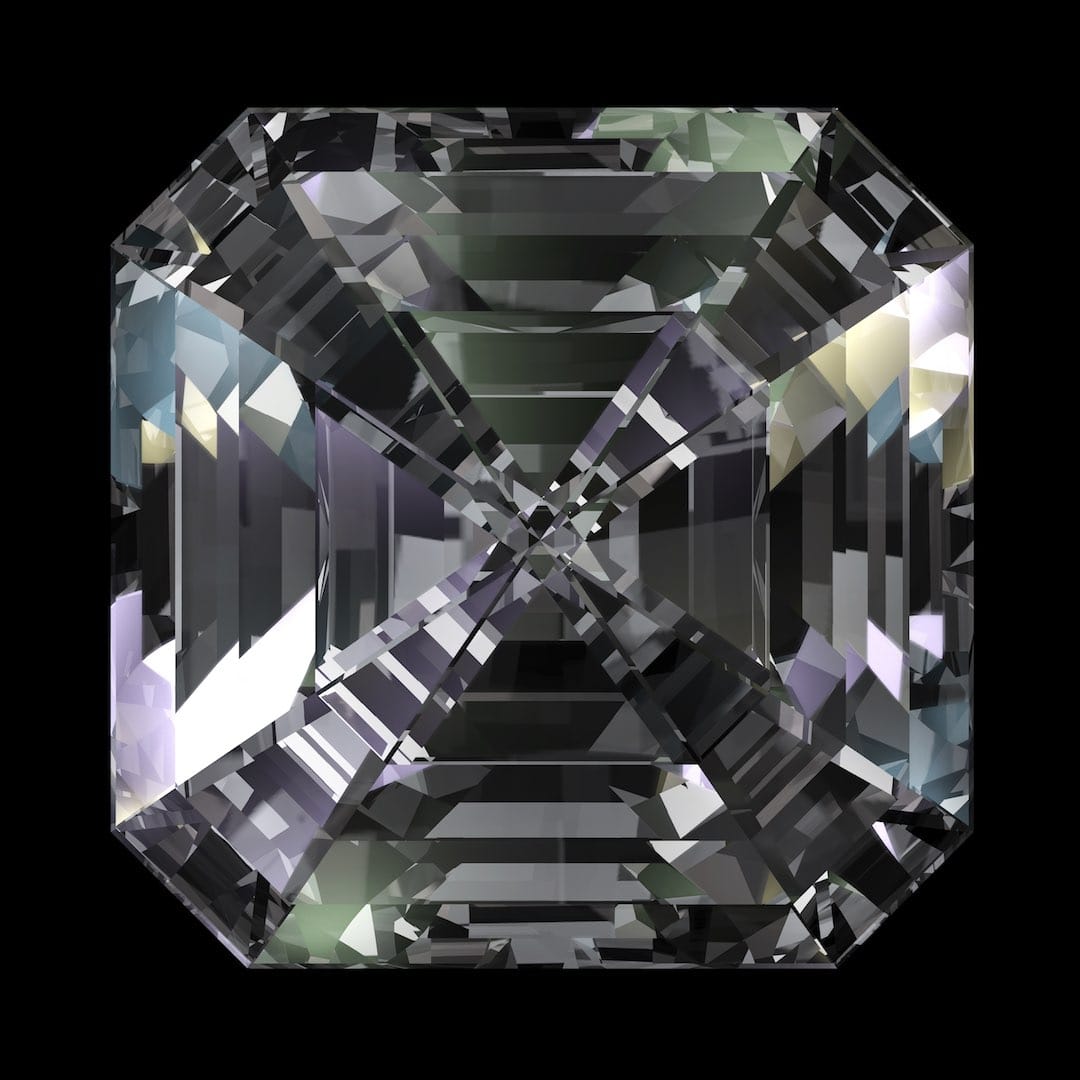 An Asscher cut diamond is similar to an emerald cut, only it’s square (or very close to square) instead of rectangular. Many jewelers market Asscher cut diamonds as square emeralds. The original Asscher cut was developed in 1902. Like with a square emerald, it had precisely 58 facets. Then at the beginning of this century, jewelers added more facets to increase the stone’s brilliance. Most modern, or “Royal,” Asscher cuts have 74 facets.

Most often, when you see a diamond advertised as a square emerald, it’s a 58 facet Asscher.

As with an emerald cut diamond, if you’re considering an Asscher cut diamond ring, opt for the highest clarity grade you can afford. Asschers will show every flaw. A small, but exceptional, Asscher cut stone is far more impressive than a large but flawed, Asscher diamond. 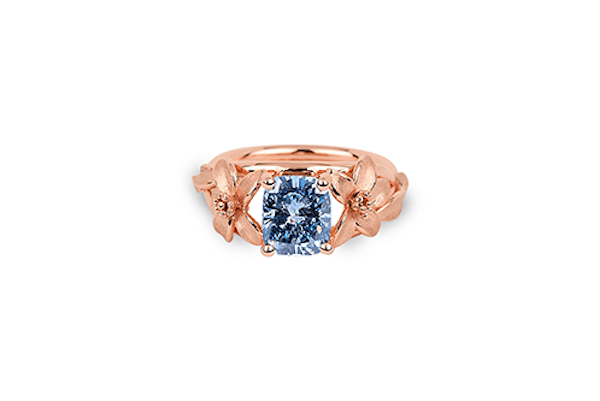 A cushion cut diamond is a lot like the name sounds. It’s square or rectangular, with beveled edges to give it a pillow-like shape. During the 19th Century, the cushion cut was the top choice for engagement rings.

There is a considerable amount of variety in cushion cut diamonds. What they lack in brilliance (brilliance is the white light reflected off a diamond, while fire is the rainbow of colors you see in the diamond), compared to round diamonds, they make up for in fire. Cushion cut diamonds’ facets often resemble starbursts. A modified cushion cut has an extra row of facets below the girdle (the widest part).

Because cushion cut diamonds are square, instead of round, diamond cutters sacrifice less stone, so the result is more for your money. 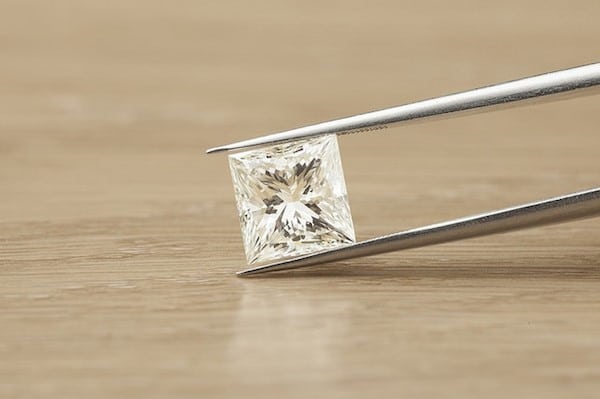 A princess cut diamond is one of the newest cuts. First created in 1980, the princess cut quickly became a perennial favorite for engagement rings. As with Asscher cut diamonds, princess diamonds are generally square.

The princess cut diamond is one of the best values in diamonds. Because the cut allows two diamonds to are cut from the same stone, with very little waste, it costs less per carat than others. Princess diamonds are known for their brilliance and fire, almost rivaling round cuts. 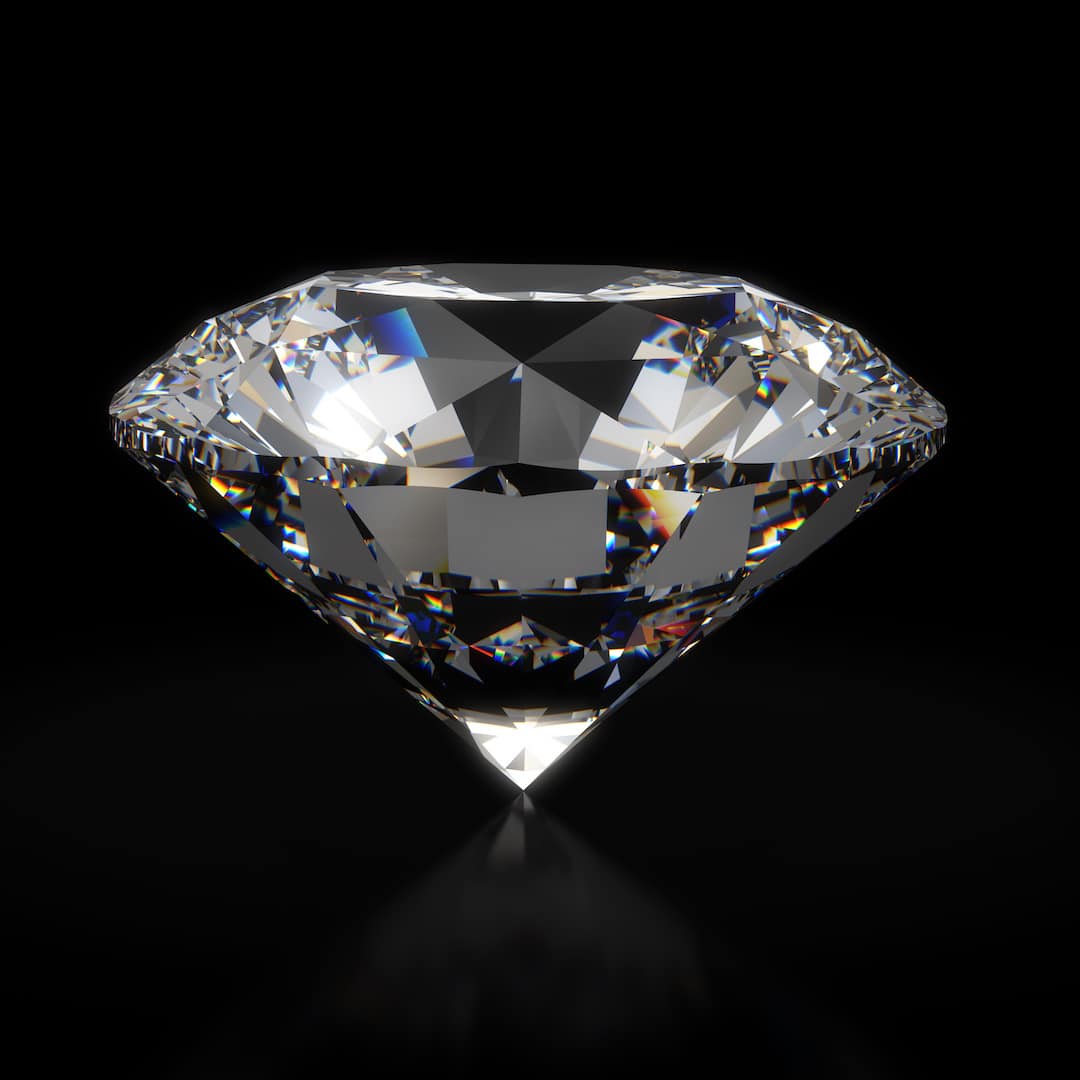 Round diamonds are costly, for two reasons: the demand is very high, and because they’re round, there’s a lot of waste in the cutting process. Overall, you can expect to spend 25-35 percent more on a round diamond, but for many, the beauty makes it worth it. 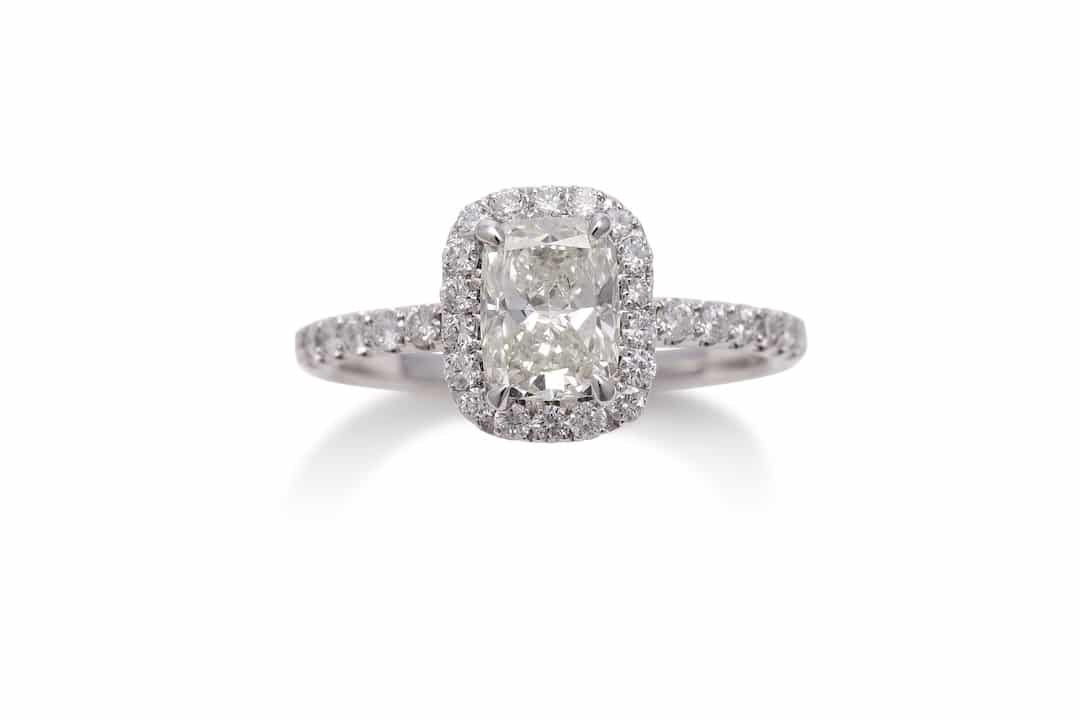 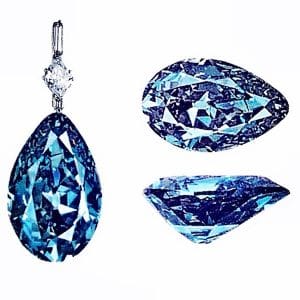 A pear-shaped diamond is like a marquise shape and a round cut, but with a point at the bottom. They are especially slimming on a woman’s hand, mainly because you can choose from a variety of widths.

The stone should be perfectly symmetrical with no straight edges. The rounded top should look like a semi-circle. Because pear-shaped diamonds aren’t round or square, there is more room for mistakes and fudging the cut. Be sure to have it, or any diamond, inspected before purchasing. 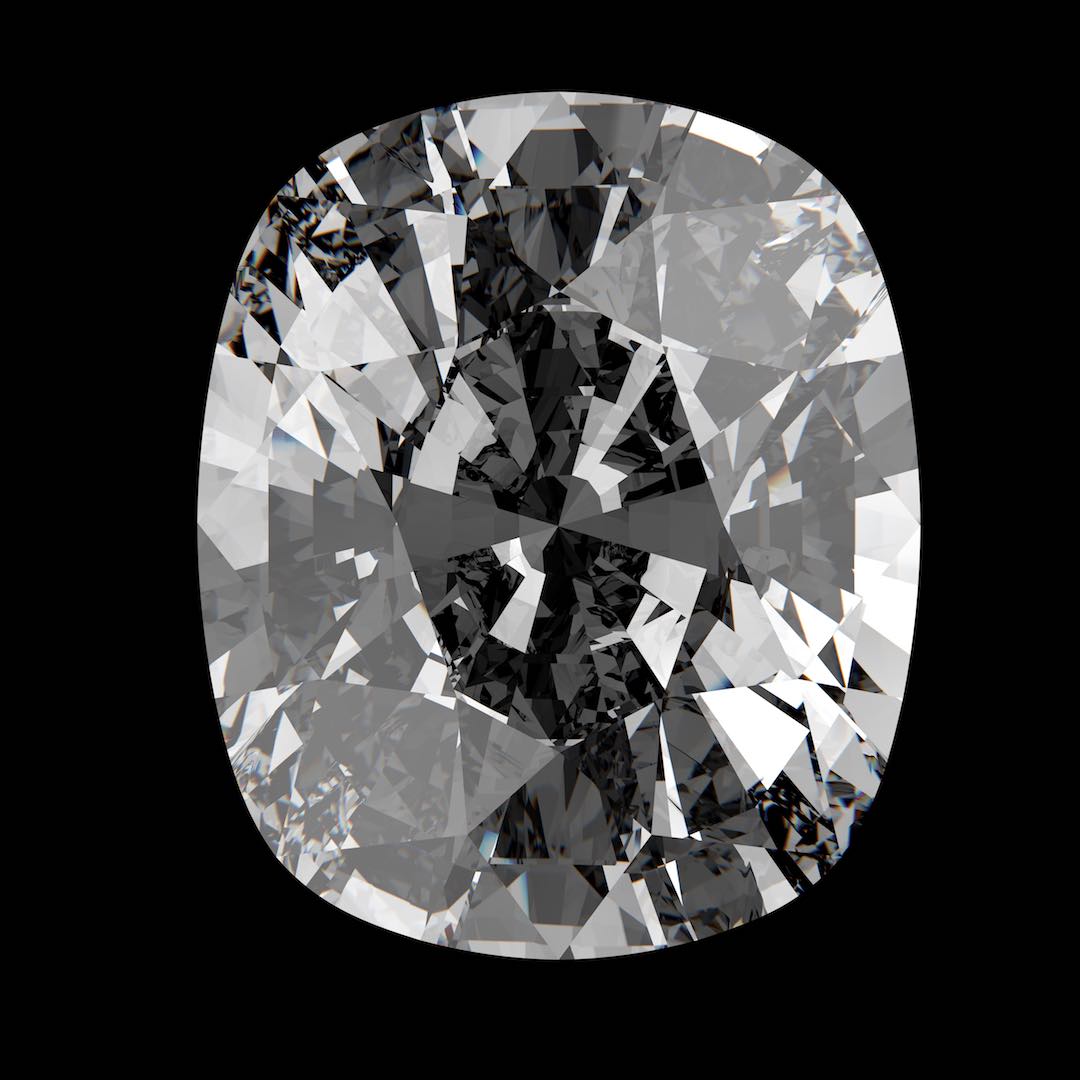 An oval cut diamond looks a lot like a round cut. Both offer beautiful fire and brilliance. The oval shape, though, helps elongate and slim fingers. 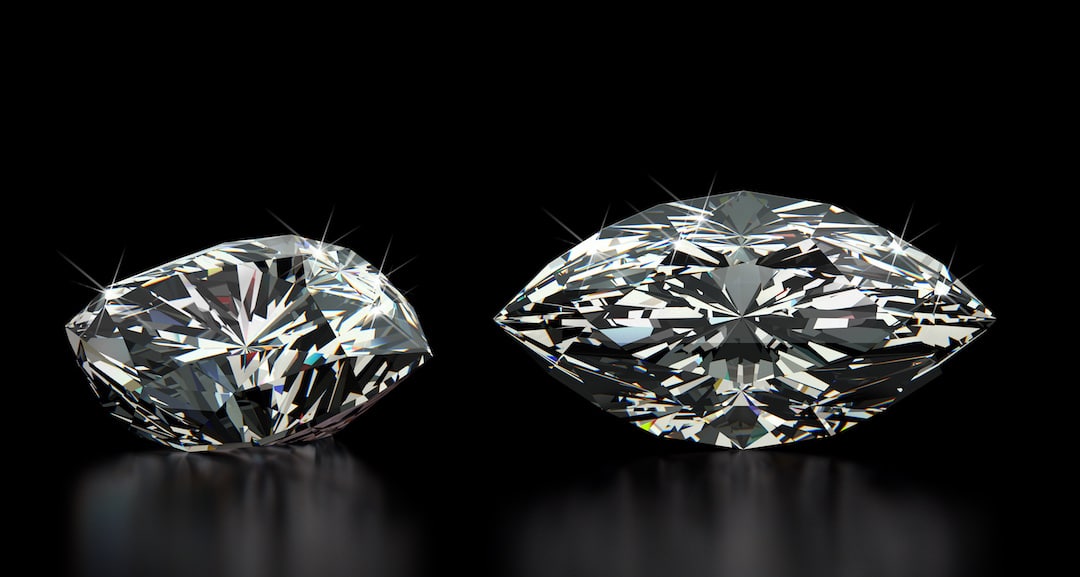 Marquis cut diamonds look like pear cut diamonds, but they taper on both sides. Both elongate the wearer’s finger. The Marquise of Pompadour made the cut famous. The legend is that King Louis XIV of France had the diamond cut to resemble the shape of her mouth.

High Crown or Low Crown: What is the Ideal Angle?

The crown is the flat part at the top of a diamond. The ideal angle for a crown is 34.5 degrees from the girdle, which allows for ideal light dispersion and brilliance.

Why Harry Winston Engagement Rings Are the Most Sought After 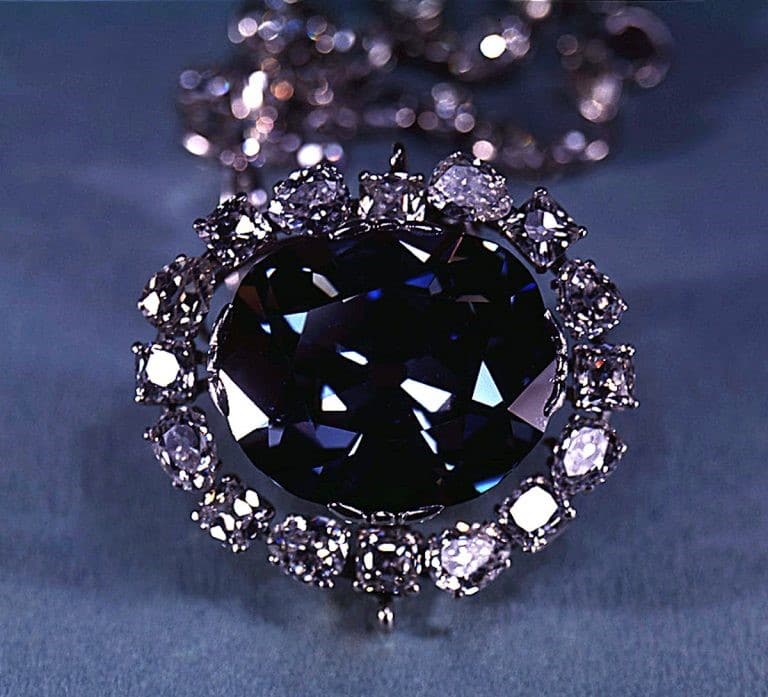 Image CC by 2.0, by PublicResource.Org, via Wikimedia

Harry Winston is the jeweler to the stars and royalty. Stars sport Harry Winston jewels on the red carpet. Winston’s many notable acquisitions include the world-famous Hope diamond, which he donated to the Smithsonian Institute. In 1935, Winston purchased the Jonker, which is 726 carats.

In 1952, Life Magazine reported that Winston’s collection was second only to the British royal family. Winston became a household name, though, after Marilyn Monroe sang “Talk to me, Harry Winston! Tell me all about it!” which was about Winston, in the theme to Diamonds are a Girl’s Best Friend.

Ten years before his death in 1978, Winston acquired a massive 601-carat diamond called Lesotho. Out of that, he cut 18 gems, including the 40.42-carat diamond that Aristotle Onassis had created for his engagement to Jacqueline Kennedy.

Choosing a Diamond Can Be Quite an Experience

Choosing a diamond is time-consuming work. While many focus on size, cut, clarity and color are equally, if not more, important. Aim for an Asscher cut engagement rings or other square or rectangular cuts to save money.

Today, you aren’t limited to clear diamonds. Diamonds come in a rainbow of colors with varying degrees of clarity, brilliance, and fire. Have fun with your diamond purchase. Create a custom look for yourself or your loved one.