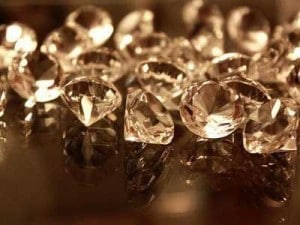 Diamonds: The Heist of the Decade

Millions of dollars of uncut diamonds were recently stolen from the Brussels airport by a gang of eight armed robbers.

According to Belgian public television, the diamonds, which were in a Brinks security truck, were being put onto a Swiss aircraft headed for Zurich. Initial figures reported the stolen diamonds as being worth $465 million. This figure was later revised downward to $67 million.

How Were the Diamonds Stolen?

A Brussels prosecutor spokeswoman said during the heist, no shots were fired and no one got hurt. The men, however, were masked and armed. They reportedly came through a hole in the fence and escaped the same way, with the entire operation happening in minutes. According to the spokeswoman with the Brussels prosecutor, the robbers had two vehicles, one of which was found burnt out near the airport.

Conversations have mounted in aviation chat rooms about the vulnerability of the airport’s perimeter and the slow response by security forces that allowed the robbers to get away with the stolen diamonds.

What is Being Done to Prevent Diamonds From Being Stolen?

Ben Weyts, opposition lawmaker, said the police have complained for several years about not having enough resources or staff. He said the agency and specialized operational units such as the airport police are not receiving the attention they are worthy of.

Paul Ames, Global Post’s senior correspondent in Brussels, said the most recent holdup is just the latest in a sequence at the Brussels International Airport over 20 years.

An anonymous senior police officer said the security level is substandard and the problems stem from the issue that security responsibility is shared between a private security company and two police units.

This certainly brings up serious security issues on what is considered a key travel point for stones that come through the globe’s leading diamond trading center in Antwerp.