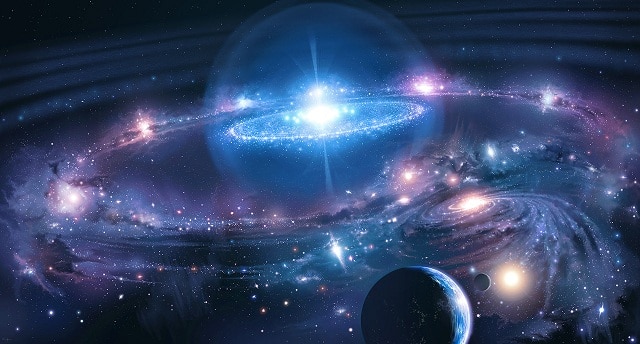 While space exploration is not yet a completely realizable venture, scientists from NASA are able to discover stars and their solar systems light years away from our own. Stars give off certain chemical signatures that can be measured by teams of researchers here on Earth. Scientists use telescopes, such as Spitzer Space Telescope, to capture images of these far away planets and read these chemical signatures that are given off through color and texture. Because of this, scientists can make educated guesses about solar systems outside our own. In one such solar system, about 40 light-years away from our own, scientists have discovered a sun that gives off chemical readings with a very high carbon to oxygen ratio. Further testing showed that while there was more oxygen present in the star than previously thought, the star still has a much higher concentration of carbon than our sun. It has been hypothesized that the inner-most planet orbiting this star, 55 Cancri e, could have an extremely high concentration of carbon in its composition. This leads scientists to hypothesize that the planet could be composed of diamond. This article will seek to explain some of the science behind this reasoning.

First, let’s discuss what diamonds are made of. 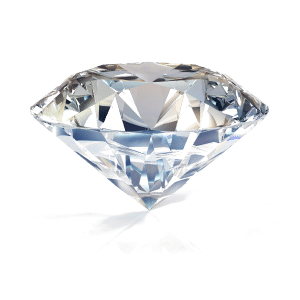 Diamonds are simply compressed carbon. Carbon is an important element in life. It is the basis of all organic molecules in our body and without it, life on our planet would not exist. Carbon can bond to itself and form hexagon rings through covalent bonding and interspersion forces. Thin, one atom thick sheet layers of carbon are known as graphene layers. Graphene is used in many different applications, including being used a semi-conductors and membranes for separating chemicals. When a lot of carbon is together in a big clump, it is known as graphite. Graphite is sometimes used as pencil lead. It is brittle and has a grey, metallic look. When graphite is highly compressed for long periods of time, like underground, deep within the Earth, it forms diamond.

Diamonds are made of carbon. They are the strongest material on our Earth and they are extremely rare. Natural diamonds and considered expensive treasures. People adorn themselves with diamond jewelry, especially wedding rings. When cut right, they sparkle vibrantly and also come in a variety of shapes and sizes. The carat system is used to determine the size. One carat of diamond has a width of about six millimeters and is worth somewhere around $1400.

How can 55 Cancri e be made primarily of diamond? As we introduced, scientists are able to hypothesize that since the star the planet orbits so closely emits such a high carbon signature, the planet must have a very high carbon percentage in comparison to its oxygen percentage in its makeup. 55 Cancri e has about twice the diameter of the Earth and a mass that is probably greater than eight times our Earth’s. Therefore, this planet is known as a “Super Earth.” 55 Cancri e also orbits very close to its sun. Therefore, the planet is probably very hot, hotter than Mercury, the closet planet to our sun. The “Super Earth” also orbits its sun very quickly, such that one year lasts about 18 hours here on Earth. While these conditions are not favorable for life, they are favorable for the creation of diamond. Therefore, scientists call this planet “The Diamond Planet”.

The idea of a sparkly, beautiful planet opens the minds of each of us, even the least curious individuals. Humans have such a draw to the beauty and sparkle of diamond jewelry that we almost want to get our hands all over this planet. Try to image a diamond the twice the size of the Earth and eight times the weight! Even if space travel were possible to a planet 40 light-years away, the heat of this planet would make it impossible to visit.

The diamond planet orbits a sun 40 light-years away at an extremely fast speed and extreme heat. The unusual chemical makeup of the sun suggests that this planet has a high percentage of carbon in its composition and is quite possibly made entirely of diamond. This is considered a great finding in the space exploration world. Diamond planets were dreamed about through science fiction for years. Now that NASA is finding proof that diamond planets could exist, the science community is very excited. Discoveries like this are why so many people go into fields studying faraway stars and galaxies.