The Virgo gemstone is easy to come by, and there are many different varieties to choose from. Choose a stone that speaks to you on various levels, as the stone’s value is a matter of opinion. Personality characteristics associated with the Virgo birthstone include being responsible, attentive, and calm, and they also tend to have a high sense of self-worth. You should, however, consult your birthstone handbook if you are unclear about which gemstone is best for you. 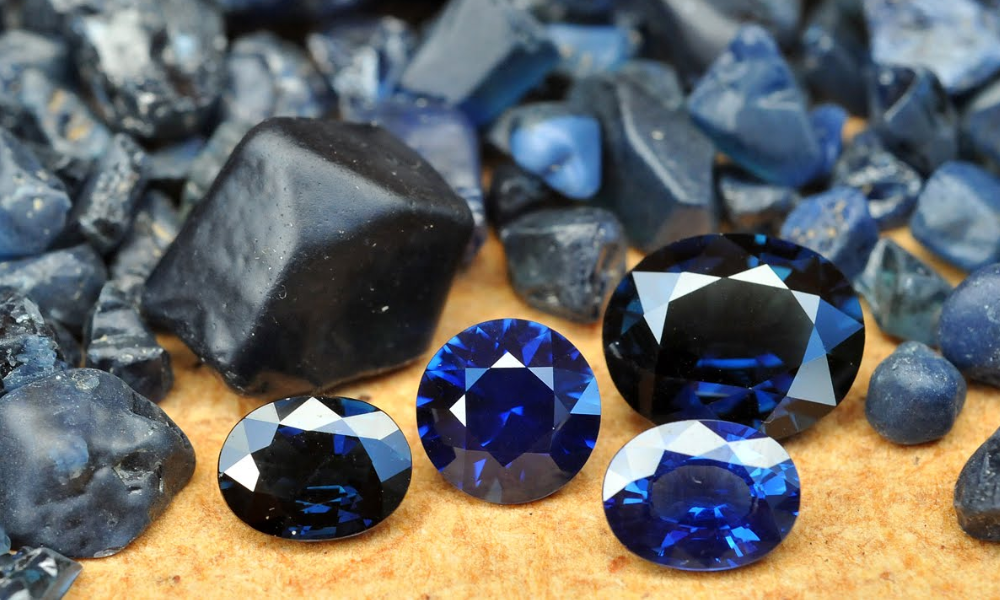 Virgos are fascinated by talisman stones, and a gemstone that resembles their zodiac sign can offer them a great deal of happiness. Carnelian is a beautiful gemstone to wear if you are born under this sign. This stone instills confidence in Virgos and aids them in achieving their objectives. It assists individuals in overcoming feelings of fear and bewilderment and enables them to perceive the world from a different viewpoint. The Zodiac stone for the sign of Virgo, zircon, can promote peace of mind while also attracting prosperity.

Virgo is the sixth zodiac sign, presiding over those people born between August 23rd and September 22nd. Each of the twelve zodiac signs corresponds to a particular gemstone; today referred to as birthstones.

The predominant Virgo birthstone is blue sapphire, though other gemstones respond to Virgo star signs. Sapphires reflect many of the same attributes that Virgos are known for, like longevity, innocence, and excellent health.

Virgo’s chosen archetype is the maiden, known for being humble, chaste, and self-sufficient. Virgos are the ideal star sign to preside over August and September newborns since they are fair, honest, and wise.

Virgos are earthy and kind, and they often find a spiritual connection in nature and the planet Mercury also controls them. Sapphire gemstones, mined deep within the earth, are the ideal crystal companions for Virgos of all ages, religions, and belief systems.

The Virgo stone has long been associated with the monarchy and has been for hundreds of years. A famous sapphire, which was passed down from the late Princess Diana, continues to be incorporated in the engagement ring of the Duchess of Cambridge, even today. As a result of their exceptional clarity and depth of color, blue sapphires are utilized as the standard for determining the value of all other blue gemstones (such as tanzanite or blue topaz).

Peasants believed that wearing sapphire would bring them benefits from above during the Middle Ages when clergy members wore the stone to symbolize their connection to heaven. Aside from that, the Virgo gemstone was employed as a peace emblem or as a symbol of virginity for children and teenagers.

The bright blue gemstone sapphire has long been associated with honesty and purity in traditional mythology and history, and it continues to be so today. According to legend, the name “sapphire” derives from the Greek word sapphires, which is thought to be related to the gemstone lapis lazuli, which is also known for its arresting blue hue.

The blue sapphire is the traditional birthstone for the sign of Virgo. Sapphire is a magnificent, deep blue crystal that has long been connected with royalty throughout a wide range of cultures and civilizations. Sapphires, prized for their sumptuous array of oceanic colors, are a universal emblem of sincerity, purity, and truth and are worn as jewelry.

Sapphires are a good match for the themes of Virgo, which include selflessness, wisdom, and honesty, among other things. Because they are considered the maidens of the zodiac chart, Virgos are naturally cautious and strong-willed, earning a reputation for their resilience and fortitude of character.

While sapphire has deservedly earned its place in the Virgo gemstone limelight due to its stunning blue hues, a few more crystal beauties associated with the star sign are equally deserving of mention.

In a warm orange tone, carnelians represent inventiveness and ardor.

For this reason, because the availability and price of gemstones fluctuate over time, the birthstones attributed to each month are frequently susceptible to change. However, while specific birthstones are permanent (such as blue sapphire), Virgos can commemorate their zodiac sign with a wide selection of other birthstone options.

The Meaning of Sapphire and its Healing Properties

Sapphires sometimes referred to as the “wisdom stone,” are prized for their ability to have a favorable effect on one’s mental, emotional, and spiritual states of being. The cool blue tones that this Virgo gemstone is so well known for are reminiscent of the sky above, transporting the wearer’s thoughts to areas of tranquility and abundance.

It is possible for Virgos to benefit from wearing sapphire jewelry or simply placing a stone in your home setting. This will allow you to enhance focus, restore equilibrium, and live your life with a more profound sense of inner serenity.

Some people even claim that sapphire gemstones can be used to align physical afflictions. By introducing sapphire into your daily routine, you may benefit from the favorable impacts of cell strengthening, enhanced eyesight, and greater energy capacity, among other things.

Blue is the most common birthstone for Virgos. Even though sapphires come in various colors, the famous deep blue is the one that is most treasured and recognized.

Blue has become such a popular sapphire color that many people assume it is the only color the stone is available in. On the other hand, blue sapphires are indisputably alluring, as seen by their frequent appearances in royal families all over the world.

The deep, oceanic blue that so many sapphires have conjures up images of deep waters and vast galaxies, adding to the overall mystique that these rare gemstones appear to possess.

Anyone born under the sign of Virgo should consider themselves exceedingly lucky to have been given this fascinating and powerful blue stone.

The Cost of a Carat of Sapphire

A high-quality sapphire costs between $800 and $1200 per carat. You should expect to pay roughly $400-600 per carat for more common sapphires, of good quality but not particularly spectacular.

Take, for example, this 0.79 carats blue sapphire from James Allen, which costs $340 for just over a 34-carat.

Larger stones (3 carats or more) are more valuable due to their rarity and attract a more fantastic price. Prices for sapphires range from $5,000 for a 3.38 carat heart-shaped sapphire from Leibish & Co. to over $80,000 for a 10ct+ blue sapphire. 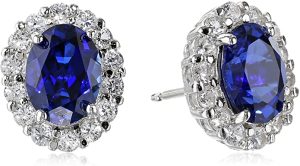 Being a Virgo local would mean that such a person is incredibly down-to-earth, expository, and balanced at the same time. We’ll talk about the Virgo birthstone in this blog. They are also interested people who need to keep up with new information. You might need to know what the birthstone for Virgo is if you’re interested in one of your qualities. There’s no need to be concerned; this article will provide all the necessary information.

If a person is born between August 22nd and September 21st, they are said to be born under the Astrological Sign of Virgo, and they will be referred to as Virgo natives from now on.

Because Mercury is the ruling planet of the Virgo zodiac sign, sapphire is the most appropriate lucky gemstone for Virgo residents. This stone has a beneficial influence on the Virgo people’s character and lives. The beams of this beautiful diamond enhance the Virgo residents’ intellect and personality. The inner heart’s intensity is enhanced by sapphire. The sages have used this stone as a reflection object for a long time. Yogis and healers have been reaping the benefits of their good deeds with their energies.

The sapphire is a significant lucky stone for Virgo male residents. They can, however, experiment with various gemstones such as carnelian, zircon, sardonyx, peridot, and Agate. Blue sapphire is considered the most dominating beam among the different blue stones. This stone exfoliates and cures the skin, and the stone possesses extremely keen abilities. Virgo residents can improve their positive resources and correct their negative ones by wearing this stone. With sapphire, fever, irritability, tumors, burns, and hearing problems can all be treated.

Sapphire is the first and most excellent choice for Virgo-born females as a lucky stone, and this stone is also known as a ruby’s sibling. The name “sapphire” comes from the Greek word “sapphires,” which means “blue.” This stone has long been thought to be associated with immense energy. According to Hindu astrology, this stone is associated with Saturn or Lord Shani. Virgo women can enhance the benefits of this stone by wearing sardonyx, Jasper, emerald, jade, period, and Agate, among other stones. 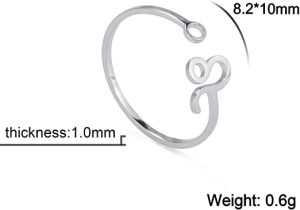 What Chakras is the Virgo Birthstone Associated with?

The throat and third eye chakras are the chakras most closely related to sapphires. These two chakras are linked primarily by their hue and are both associated with feelings of divinity, higher powers, truth, communication, and wisdom.

The throat chakra is symbolized by a vivid sapphire-like blue and is thought to represent the inner voice. The genuine blue sapphire is associated with the throat chakras, which influence our ability to express without conviction. The color dark indigo represents foresight and connection to our higher selves, and it is associated with the third eye chakra. Wearing or using sapphire stones can help to strengthen both the throat and third eye chakras, resulting in a more intuitive and clarity-driven outlook on life.

What Characteristics Define the Virgo Birthstone?

Can draw numerous parallels between the clear Virgo star sign and the appealing blue sapphire. Here are some of the essential aspects and traits that link the Virgo birthstone to its sign to better understand why they’ve been linked:

Virgos, represented by the virgin, are naturally modest and humble. That isn’t to say people can’t be rigid and stand up for their convictions when necessary. Virgos are kind but powerful, capable of overcoming challenges with remarkable self-sufficiency and reserve.

Sapphires, like Virgos, appear to be simple things of beauty or curiosity at first, but under the surface, there are numerous levels of depth and substance that only add to their value.

Is Sapphire a High-Priced Gemstone?

The 4 C’s listed above and the region in which the stone is sourced make a significant impact on the price of the stone. The most crucial determinant in pricing is color, and a powerful deep blue tint is seen in the most expensive sapphires, making them the most valuable of all.

The price of lab-created sapphires will nearly always be lower per carat than the price of genuine sapphires because naturally-formed stones are rare and valuable.

What is the Purpose of Sapphire?

Sapphires have been utilized in alchemy, magic, healing rituals, and astrological prognostication for thousands of years, and they continue to be today. In the ancient world, priests and academics believed that rare gemstones, such as sapphires, have unique “virtues.” Could use it to benefit humanity if. Correctly channeled their energies.

The sapphire is the most popular and valuable of the sapphires, which come in various colors. The intense blue color of sapphires is well-known. Natural energy is powerful in some sapphires. They have a strong understanding of what it is to be human. Sapphires are known for their rich blue color and have long been associated with royalty. Sapphires are thought to represent sincerity and innocence. It’s an excellent pick for a Virgo jewel. In addition to sapphire, Agate and jade are excellent for Virgo birthstone jewelry. The birthstone for Virgos is blue sapphire. Carnelian, peridot, and zircon are other gemstones that attract Virgos. Sapphires are thought to be the finest amulet for Virgos since they represent purity, truth, and truthfulness.