Birthstones are gemstones or jewels that are given as a gift to commemorate a specific month. It is also known as a “birthday stone,” but the birthstone assigns precious gems in a different way. Birthstones have been there since the beginning of time. Traditional, modern, mystical, ayurvedic, and zodiac birthstones are among the precious stones available.

According to the first-century writer Josephus, the twelve jewels in Aaron’s breastplate, the twelve months of the year, and the twelve zodiac signs were all linked. Traditional birthstones are generally based on the Gregorian calendar and are based on the society in English-speaking communities. In addition, the calendar includes a poem by an anonymous poet for each month with the designated birthstone. The American National Association of Jewellers used a list of modern birthstones in 1912, hoping to standardize the assigned birthstone for each month. 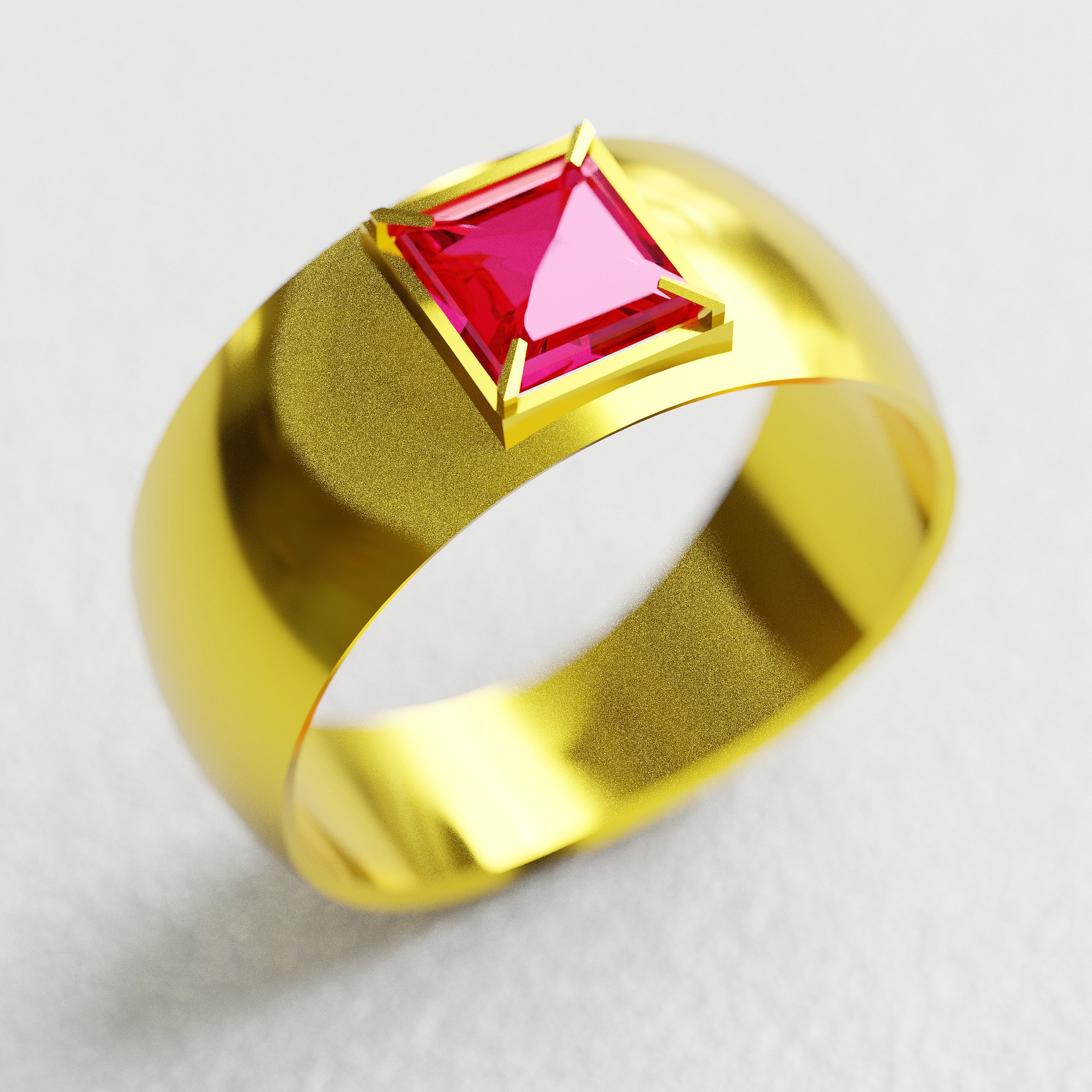 Which Gemstone Is Right For Someone Born In July?

The July birthstone is a Ruby, which is a precious stone with many meanings. This color has long been associated with royalty and has been used as a sign of royal power. It has a special place in our spirituality and is connected to the heart, bloodstream, and mind. This stone is a symbol of love, hope, and prosperity. Rubies are also the birthstone for Cancer and Leo, two of the zodiac signs.

They are hot and flaming red in color. They are associated with love and success, and their intense color makes them a beautiful choice for a birthday or anniversary gift. According to a study by the University of Washington, rubies were once worn by royalty in India, Southeast Asia, and Africa. In fact, it has been popular among royalty for centuries in India and Southeast Asia. Burma is known to have some of the world’s finest rubies. They have long been a favorite of Hollywood celebrities, including Elizabeth Taylor, and a famous ruby and diamond necklace from her early days sold for $5.4 million in 2011.

What Is The Value Of Ruby?

An aspect that influences cut is pleochroism, which is the appearance of distinct colors in different crystal directions. In ruby, it is often red to orangy-red in one crystallographic direction and purplish-red in the other. By placing the table facet orthogonal to the long crystal direction, cutters can reduce the orangy-red tint. Even so, it is not always possible to position a ruby for optimal color recovery due to the potential weight loss.

With a Moh’s scale rating of 9, it makes for long-lasting jewelry that may be worn on a daily basis without the risk of scratching. It also appears to lack cleavage, making it more difficult to crack or fracture the diamond. Because it is a gas-filled gemstone, it can only be handled by jewelers. However, if necessary, a soft brush and soapy water of a mild detergent can be used. With extreme caution, it can also be boiled or ultrasonically cleaned.

What Does The Stone Represent?

The finest hue of the July birthstone is a deep red with just a tinge of purple, known in the trade as “pigeon’s blood.” Ruby, a type of mineral component conundrum, receives its color from trace levels of the metal chromium. The more chromium there is, the deeper the red. Red ruby is a symbol of nobility. It is believed to represent the sun and the moon. The stone represents harmony and peace and is associated with passion and ambition in men. It is rarer than the other gemstones and can cost up to a million dollars!

Gemstones According To Months

The concept of birthstones, or gemstones that correspond to a person’s birth month, is relatively new. Eastern cultures do not identify gems by birth month, but by celestial bodies. Astrology is used to discover which gemstones are specifically beneficial to a specific individual. Although some modern consumers do not believe these gemstones have extraordinary powers, they do have meanings and connotations.

January: January’s gemstone is garnet, and it’s both traditional and modern. Regardless of the fact that garnets are a mineral mixture with many characteristics, the deep red variety is most closely connected with January. Garnets, on the other hand, come in a wide spectrum of colors, from deep red to dark pink/purple to yellow, orange, and various shades of green. You might even find a very rare blue garnet! Garnets are frequently connected with trust and friendship. Historically, this diamond was supposed to protect people on their trips. Because of its durability, garnet is a great jewel for everyday wear.

February: Amethyst is frequently associated with serenity and dignity. In the past, it was supposed to provide courage and improve relationships. It is the gemstone for February on both old and new lists. Amethysts are available in a range of violet hues, from delicate lilac to rich, dark purple. Amethyst has no cleavage and is a solid gemstone. As a result, it is appropriate for everyday use.

March: Bloodstone is the traditional birthstone for March. In Medieval times, this brilliant green form of chalcedony with red and orange dots was associated with the Crucifixion. Aquamarine, the modern March gem, was once thought to have medicinal properties, primarily for the liver, heart, and stomach. These stones are available in a range of blue and blue-green colors, including a rich but pastel blue and a somewhat clear blue. This stone is now associated with youth, hope, health, and love.

April: Diamonds have long been connected with love, marriage, and bravery, and they are commonly used in proposal and wedding bands. The toughest mineral on the planet is an excellent stone for any type of jewelry. It is available in a wide range of colors, from clear to black, and every color in between. Other colors, such as yellow, brown, and champagne, are becoming more fashionable.

May: According to folklore, the May birthstone, emerald, bestows upon its owner foresight, vigor, and good fortune. Emerald, another beryl variety, has a rich history of symbology, including associations with fertility, success, and loyalty. It can be challenging to get high-quality, translucent emeralds, especially at bigger carat weights. Scientists, on the other side, have created a variety of treatments to improve the clarity and brilliance of emerald stones.

June: Previously, the pearl was the gemstone for June. The gem is the stone of love and health and symbolizes spiritual vitality. This natural gemstone has a long history of use in jewelry, and it continues till today. However, alexandrite, a newcomer to the gem industry, has earned a place on the current list. Alexandrite, a rare gem, has the power to change colors. Moonstone is the most popular stone for June in Germany and Scandinavia.

July: The traditional and present birthstone of July is ruby. Among the many symbolic associations of this gem are love, compassion, fortune, and tranquility. In ancient times, it was utilized as a type of protection against evil and destruction. Medium-dark to medium-dark red rubies with little violet or orange is exceedingly hard and attract the highest prices. Rubies are members of the corundum family. This mineral is available in a red variety. All other shades, including pinks, are represented by sapphire.

August: Sardonyx, a white and red chalcedony variety is the traditional birthstone for August. Peridot, brilliant green or lime green variety, is the most commonly associated with August. Peridot has long been connected with endurance and was thought to protect against dreams, curses, and enchantments. According to the indigenous Hawaiians, these stones were the deity Pele’s tears churned up by volcanoes. Spinel is a relatively new birthstone for the month of August.

September: Although sapphire is most frequently associated with blue, it is available in a variety of colors. The most valuable stones are typically pure blue diamonds or blue gems with a slight green or purple tint. Star sapphires are some of the most valuable gemstones on the market. Sapphires have long been associated with symbolism and folklore. In the past, it was supposed to protect your loved ones from harm. Many gem collectors regard these stones as symbols of knowledge, purity, and trust.

October: Tourmaline is the current gemstone for October. These jewels come in a variety of colors and varieties, including magnificent multicolored stones. The traditional gem for October is opal. The play of colors in these gems is perhaps their most well-known attribute, and they have their own jewel grading system. Opals have the most diverse range of metaphorical meanings of any gemstone. You can believe they are the luckiest or unluckiest jewels in the world.

November: Gemologists recognized topaz as a distinct gem species that included yellow, purple, pink, blue, and other colors. Yellow or golden topaz has replaced the traditional November birthstone. Today, some individuals regard this diamond as a symbol of love and caring. Citrine is a beautiful yellow gem that is popular in November. Just keep in mind that, while citrine (quartz) and golden topaz are frequently confused, they are two distinct gem species.

December: The traditional birthstones for December were lapis lazuli and opaque turquoise, but with the modern tendency toward transparent jewels, blue topaz, blue zircon, and tanzanite has arisen as modern replacements. Turquoise is a stone of good luck and is considered a protector, dispelling negative energy. It is said to bring health, happiness, and balance. It is often used in jewelry and has been prized for thousands of years. Its beauty and durability have also made it an ideal stone for weddings and anniversaries.

The ruby is the birthstone of the month of July. It has many symbolic meanings, including courage, power, peace, progress, and love. The red color of the ruby is the stone of love, passion, and protection. It has many different meanings, and it is associated with a number of different things. It is correlated with courage and passion, and it is the birthstone of Cancer and Leo. This gem is also the gem of marriage. If you are looking for a gem for your partner, ruby is the perfect stone for your summer. In the past, it was associated with the heart and the bloodstream. Its popularity has increased in the past decade. It is considered a symbol of a strong mind. 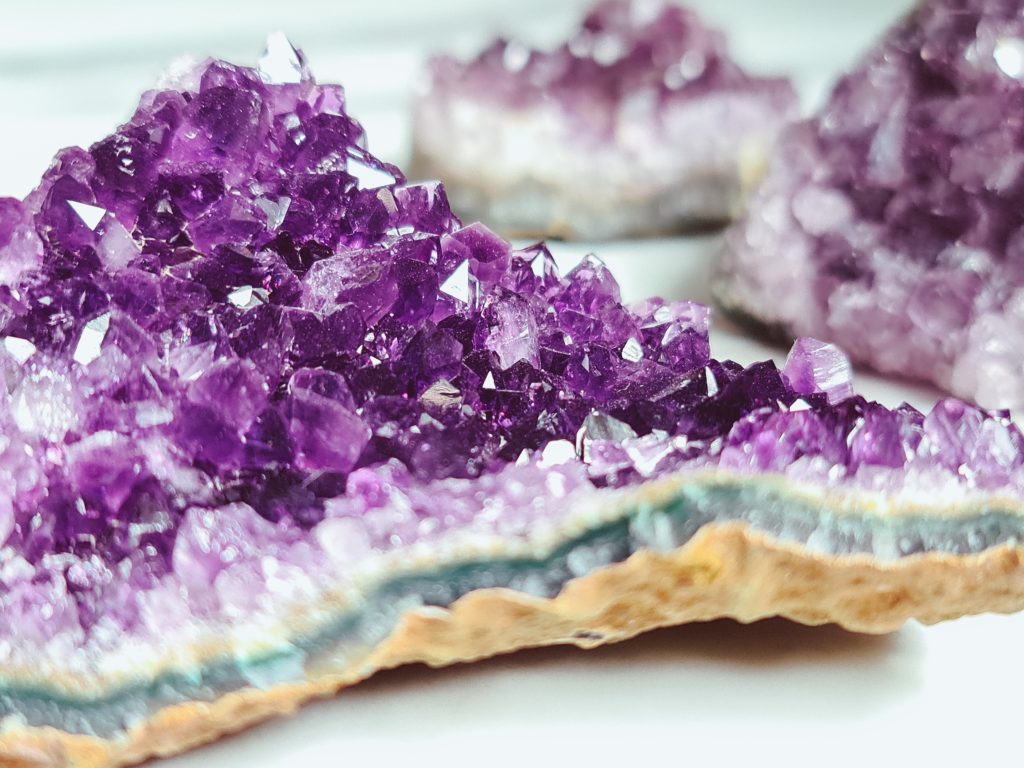