Have you ever heard of the birthstone for Aquarius? Do you know what your Aquarius birthstone is and how it might assist you in achieving success and wisdom?

Birthstones, on the other hand, are particular jewels that are said to bring good fortune, money, and health. They have strong vibrations and provide a variety of benefits to the wearer. In general, birthstones are chosen based on the month and sign of the zodiac. Wearing an Aquarius birthstone might be quite beneficial if you were born between January 21 and February 18.

An Aquarius birthstone is a zodiac birthstone that strengthens your inner capabilities and empowers your individuality. It aids you in overcoming your flaws and achieving success and stability in life. This is especially true if you were born under the sign of Aquarius. An Aquarius birthstone might be your lucky charm if you are experiencing setbacks or wish to improve yourself significantly. Do you want to know what your Aquarius sign’s birthstone is?

Continue reading to learn everything there is to know about the Aquarius birthstone. 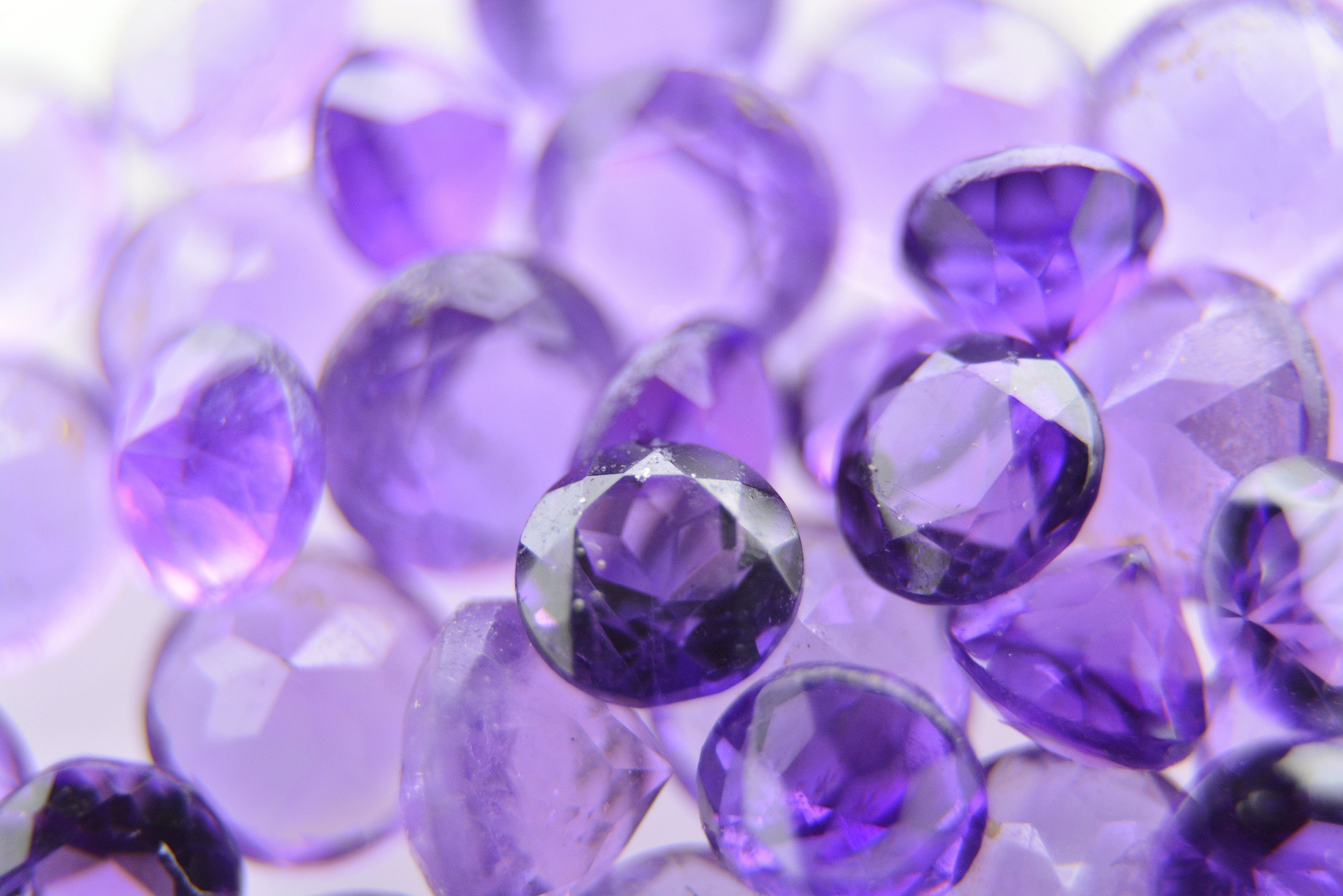 What Is The Birthstone For Aquarius?

The Aquarius zodiac sign’s birthstone is garnet. It is a group of silicate minerals with the same crystalline structure but a distinct chemical makeup, rather than a single mineral. Garnet is traditionally regarded as the birthstone for the month of January. Both January and Aquarius birthstones are worn as lucky birthstones.

Garnet is found in more than 20 species around the world, according to gemstone experts. Only a few Aquarius stones, however, are considered commercially significant. Almandine, Pyrope, Spessartine, Grossular, Andradite, Mozambique, and Uvarovite Garnet are the primary gemstones.

What Color Is The Birthstone For Aquarius?

Garnet comes in a wide range of colors. Red, on the other hand, is the major and most popular Aquarius birthstone color. Orange, yellow, purple, green, brown, pink, blue, and black are some of the secondary colors found in Garnet. Color-changing Garnets are also available, which change color in both natural and artificial light. Gemologists advise against choosing a specific Aquarius birthstone hue when acquiring an Aquarius gemstone. To get the greatest effects, they recommend using an Aquarius stone with high color intensity.

What Are The Advantages Of Having An Aquarius Birthstone?

Aquarius’ birthstone, garnet, contains powerful protection energies as well as therapeutic properties. It emits strong vibrations that promote happiness and induce relaxation. Do you want to learn more about the advantages of such a wonderful stone? Continue reading to learn about the different benefits of wearing your Aquarius zodiac stone.

What Is The Name Of Aquarius Birthstone?

Finding healing stones that are a beautiful fit for the astrological sign of Aquarius involves looking for those that employ their therapeutic properties to boost energy in places that need it. Precious stones that match zodiac signs do more than simply focus on eliminating negative energy; they also share wonderful beneficial attributes that Aquarians already possess.

Aquarian birthstones that increase that beautiful sense of freedom and sparkle with intelligence, as well as gemstones that work to heal the heart, encourage softer communication, and help balance out those mood swings that can often bring an Aquarian down, are all fantastic. Take a look at these beautiful and valuable stones that provide healing and harmony to all Aquarians.

Glorious Red Garnet radiates confidence, making it the most popular January birthstone for all Aquarians. Garnet is supposed to be a sign of honesty, purity, and personal power, and it is a flickering flame that warms the heart of winter. Garnet is also renowned as the stone of commitment, which we know may be difficult for those free-spirited Aquarians.

We don’t simply mean relationships when we talk about commitment; we also mean committing to ambitions, dreams, and a deeper sense of self. Garnet will stoke the fire within Aquarians who are prone to being cold. Garnet is thought to help with immunity and energy. It aids in the emotional development of confidence and the elimination of negativity. It opens the heart and connects to higher spirituality spiritually.

Amethyst is a soft and quiet stone that is enchantingly calm and spiritual, giving the famous February birthstone a soothing attitude. Amethyst is a purple-hued, costly stone that is linked to the head chakra and is a powerful spiritual stone. This is a beautiful healing gemstone that will level you out for Aquarians who need to get more in touch with their spiritual side and accept a bit calmer.

Amethyst also aids in restful sleep and relieves migraines. It is one of the most fantastic stones for relieving tension and encouraging a calmer mind on an emotional level. It connects with the crown and third eye chakras on a spiritual level, deepening intuition and nurturing higher thinking. To properly tap into that Third Eye power, combine it with Lapis Lazuli.

The pleasures of Jasper are limitless. Jasper is a magnificent stone with grounding powers that can keep you safe even when you’re flying high on the freedom route. Jasper, also known as the supreme nurturer and endurance stone, helps airy Aquarians stay on track when it comes to being safe on the road, staying creatively ignited, and staying connected.

Red Jasper, a stone of deep inner and outer power, will carry you with a new injection of endurance if you’re an Aquarian on the verge of burnout. Jasper is also regarded to be a lucky talisman for all Aquarians who are in need of a burst of prosperity. Jasper is thought to help with sexual balance, endurance, and blood circulation. It keeps you emotionally engaged and supports emotional stability. It’s all about boosting your life force energy and purifying your fundamental chakras spiritually.

Agate is a fantastic stone for Aquarians. Agate, a stone that comes in a rainbow of colors and is dedicated to introspective journeys, provides Aquarians with an unlimited supply of healing energy. This gemstone maintains the gold and glory of Aquarian natural features ticking while ensuring they keep one foot in the real world. It is best known for boosting self-confidence, turning up the dial on analytical problem solving, and staying balanced and linked to reality. Agate is excellent for increasing energy and speeding up the metabolism. It stimulates emotionally rapid and committed decision-making as well as balanced reasoning. Even when you’re flying high, this stone keeps you spiritually grounded. To get the most out of these zodiac stones, combine Blue Lace Agate with Moss Agate.

What Is The History & Meaning Of Aquarius Birthstone?

Garnet gets its name from the Latin word “granatus,” which means “pomegranate.” Garnet was given this name because of its resemblance to the red color of pomegranates. Garnet has been employed as an abrasive since the Bronze Age, according to ancient literature. This stone was used to embellish royal necklaces by Egyptian pharaohs. Garnet was also employed as a stamp by the ancient Romans to secure vital documents. This Aquarius birthstone was thought to be a representation of the Sun in Spanish astrology.

What Is The Origin & Occurrence Of Aquarius Birthstone?

Garnet crystals are mostly produced in Australia. The majority of Garnet deposits are located in Australia, with the remainder coming from the United States, China, and India. Tanzania, Madagascar, Namibia, Myanmar, Brazil, Iran, Afghanistan, Pakistan, and Sri Lanka are among the nations where this Aquarius zodiac stone is mined.

How To Cleanse Stones & Jewelry?

It’s critical to keep healing crystals cleansed and charged on a regular basis as they absorb negative energy and channeling connections. To preserve healing gemstones loaded with spiritual energy, they must be discharged after intense energy sessions or every few weeks. It’s simple to clean your gemstones; many only need to be held under running lukewarm water for a few moments before being patted dry. Excessively hot water or vigorous scrubbing might harm the surface of your crystals, and some stones are sensitive to heat. Leaving crystals in the company of other tumbling quartz stones known for absorbing energy is another approach to cleanse and charge them.

You may also put your crystals in soil or mineral water to give them a fresh new lease of life. Sage smoke, commonly known as smudging, is an excellent way to cleanse stagnant energy from crystals and replenish them. You can also recharge your Aquarius stone by placing it in the sun or in a slant of moonlight for a brief period of time.

If you’re an Aquarian, it’s important to select a stone with a similar color to your zodiac sign. A bluestone will enhance your feelings of love and connection with others. It will also make you feel more peaceful. A red stone will boost your immune system. Regardless of which birthstone you choose, turquoise is a great choice for the Aquarian. Its association with the throat chakra, explains its affinity to the planet Uranus.

Amethyst is a bluish-purple stone that symbolizes freedom. It is also said to attract good luck. A red stone, on the other hand, can bring prosperity and abundance. A rich red stone, like Garnet, speaks to the spiritual side of Aquarius and speaks to its heart. A deep red color symbolizes a passion for humanity and can be used as an adornment to enhance a person’s overall self-esteem.