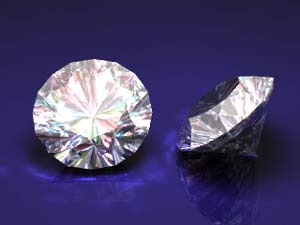 Diamond mining and production has a new kid on the block, Canadian Diamonds, now producing around 15% (ranked 3rd in the world) of global production.   The early detection of kimberlite (the volcanic rock that often contains deposits of diamonds) was discovered in 1991.  Seven years later, the Ekati mine opened, followed by others such as the Diavik Mine, Jericho Diamond Mine, Snap Lake Mine, and the Gahcho Kue diamond mine with combined production of approximately 8.4 million carats per year.

Canadian diamonds have a reputation for having less inclusions and blemishes.  These mines are producing some of the biggest, cleanest, whitest diamonds in the world. As a result, they are creating some of the best cut out now for round brilliance. Canadian mines has earned a dominant reputation in the diamond industry  within the last 15 years. Canadian diamonds are responsible for roughly 80% of all excellent and ideal cuts. For stones with the same color, clarity, cut, and carat, you can expect to pay around 10-15% more for higher quality.

Besides a higher quality, the other significant advantage of purchasing Canadian diamonds is that they are conflict free.  For many decades it was very difficult to locate a diamond which was not a conflict or blood diamond.  The report by the United Nations in October 2006 found that due to insufficient enforcement of the Kimberley Process (a system developed to prevent war, conflict, and blood diamonds being sold), at least $23 million of conflict diamonds from Cote d’lvoire alone penetrated the world market.  All Canadian diamonds can be traced to their origin and thus guarantee a clean certificate. 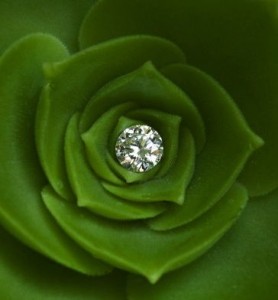 Since these mines use modern mining technology, the side effects are not so glamorous.  There is no way to completely isolate or prevent the environmental consequences of diamond extraction.  These modern mines use millions of gallons of diesel fuel, contaminate nearby lakes and streams, and destroy the local wildlife habitat and ecosystem.  Politicians enjoy the revenue it brings (as well as jobs and overall economic growth) to the government and local communities, however Canada is known to have some of the very strictest environmental policies in the world.  Time will tell if those policies change after studies can assess the real long-term impact.

When you have decided to purchase a Canadian diamond, just ask to see the Government of the Northwest Territories (GNWT) certification that will come with your purchase.  Each diamond comes with a serial number.  It laser-inscribed on each stone’s girdle and can only be seen with a microscope.  The serial number and the certificate must match in order for it to be guaranteed as being as a 100% authentic Canadian diamond, and thus conflict-free.