It might be impossible to definitively list the 10 most famous diamonds in the world. There are so many unique and beautiful gems that have their own extraordinary history. It would be like trying to name the top ten most famous rock bands in the world or the top ten most famous painters. Of course almost everyone will come up with The Beatles or Da Vinci. But there are some subjective candidates as well. This list of famous diamonds includes some that almost everyone would know. It also includes a few others that made their way onto the list for their rarity or the unique circumstances of their discovery.

10 Most Famous Diamonds Known to Man

26th Congress of the Communist Party of the Soviet Union

At 342 carats uncut weight, this is the largest diamond that was ever found in the USSR. It’s about the size of a pigeon’s egg. Discovered at the Mir kimberlitic pipe in 1980, it was named after the Soviet Union’s 26th Congress in a show of patriotism. The fancy lemon yellow raw diamond now resides in the Russian Diamond Fund at the Kremlin in Moscow. It is still one of the largest uncut diamonds in the world today. 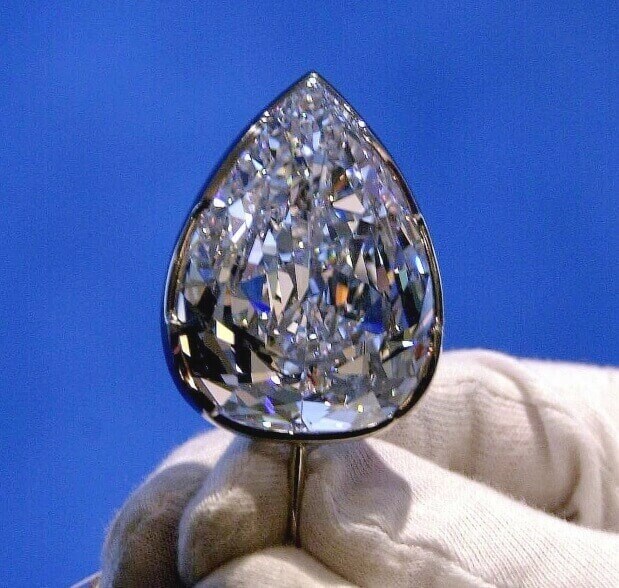 This colorless beauty weighs in at a whopping 203.04 carats, and is the second largest colorless diamond without flaws. De Beers currently owns this pear-shaped, externally and internally flawless diamond. It’s uncut, original size was 777 carats. However, after it was cut to its perfect shape using modern lasers, it was less than a third of its original uncut size.

First displayed in 1999 as the centerpiece of the Millennium diamond collection, it was joined by the also infamous Heart of Eternity. These diamonds were the object of the Millennium Dome raid in the year 2000. Fortunately, London’s police caught wind of the plot and the attempted heist ended with the would-be thieves behind bars.

The Amarillo Starlight isn’t in the list of most famous diamonds in the world because it is the most flawless or biggest. Instead, it is distinct because of the way it was discovered. A lucky visitor to Arkansas’ Crater of Diamonds State Park found this 16.37 carat whopper in 1975 while taking a vacation with his family. It has now been cut into a 7.54 carat marquise shape and has an estimated value of more than $150,000. That more than pays for the family vacation, and perhaps many more family vacations to come. 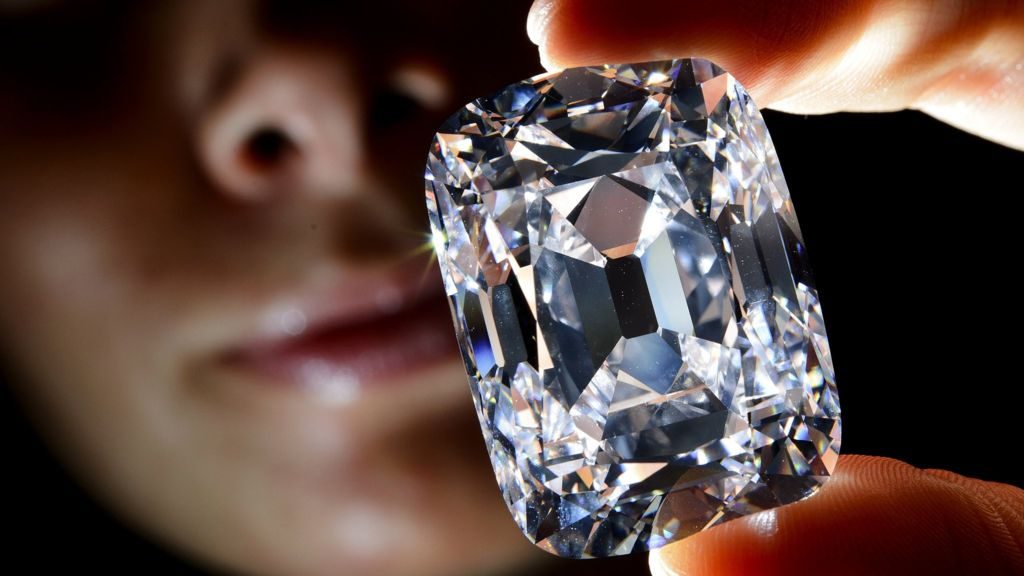 It’s hard to imagine an internally flawless 78.54 carat colorless diamond. That’s exactly what was sold to an anonymous buyer for $21.4 million in 2012. The cushion-shaped diamond was mined from Golconda, which has produced some of the most famous diamonds in the world. It is named after its owner, who was a Hungarian prince of the Hapsburg dynasty. Celine Dion wore this diamond while performing for a CBS special. It has also graced the lovely neck of actress Laura Harring.

The Eye of Brahma Diamond 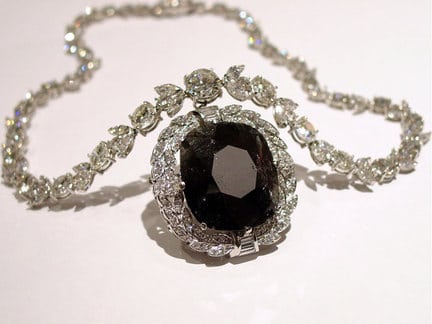 According to legend, the diamond became cursed when it was stolen by a monk from a statue of Brahma, the Hindu god. J.W. Paris, a diamond dealer jumped to his death from a skyscraper after taking the diamond to the United States. Later, it was owned by two Russian princesses, Nadia Vygin-Orlov and Leonila Galitsine-Bariatinsky; they allegedly jumped to their deaths as well. Charles F. Winson then bravely cut the diamond into three pieces in an attempt to break the curse. This piece is one of those three. Is the curse truly broken? 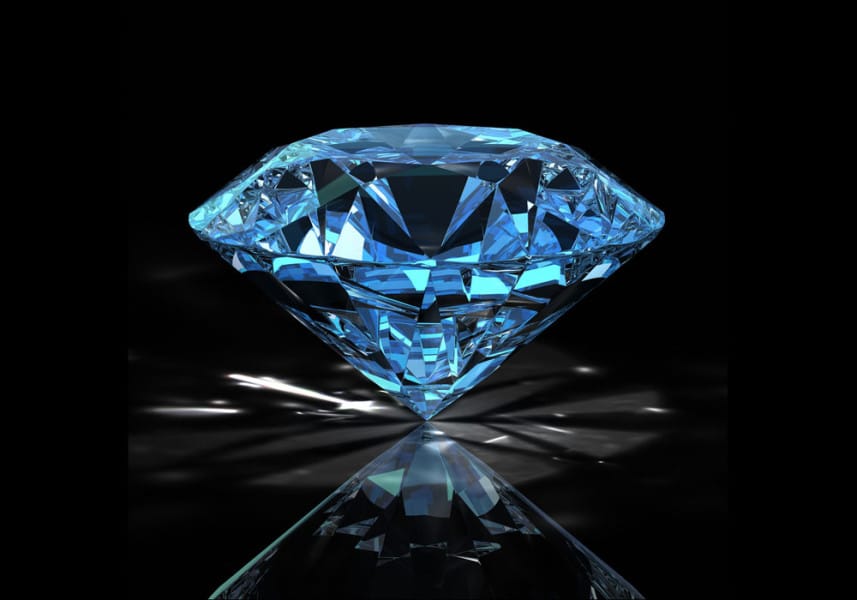 This 29.6 carat blue diamond broke the bank when it garnered a record breaking $48.8 million dollars at an auction in 2015. It is famous for its brilliant blue color, almost sapphire, and absolutely flawless. It’s also only a couple of years old as it was found in South Africa in the first month of 2014.

Who was the lucky recipient of this brilliant blue beauty? Joseph Lau Luen-hung, a billionaire from Hong Kong who named if for his seven year old daughter, Josephine. Josephine actually has three diamonds named after her now since her father renamed a 16 carat pink diamond Sweet Josephine and another blue diamond The Star of Josephine. Incidentally, Joseph is also a convicted felon in China and a fugitive from justice, but he has so far handily escaped extradition. 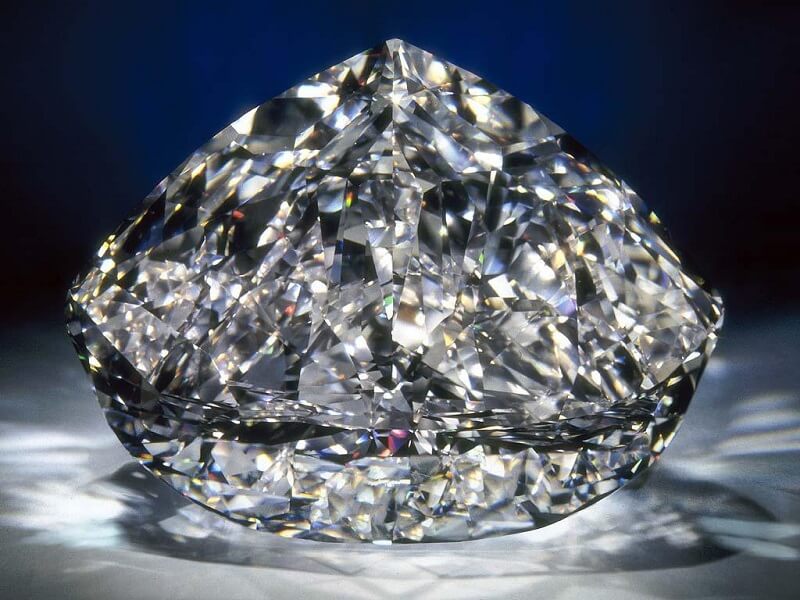 This is one of the largest colorless, flawless diamonds in the world at 273.85 carats. The only two larger of this category are the Cullinan 1 and the Golden Jubilee. It’s original size was 599 carats when discovered using the Premier Mine’s xray imaging system in 1986. It took five years to cut the diamond to it’s final shape of 247 facets. No one knows who owns it today, as De Beers has promised the owner complete anonymity.

Originally one big, nearly flawless whopper of a diamond in Queen Elizabeth’s royal collection, the Cullinan became nine different famous diamonds or pure beauty. The Cullinan was originally discovered by Frederick Wells. At first, he did not believe that it was a diamond at all, because he had never seen one so large – literally as large as his hand. It turned out to be the largest uncut diamond ever discovered in the world at 3,106 carats and weighing in at 1.3 pounds. The Cullinan 1, also called The Great Star of Africa is the second largest cut diamond in the world. It is currently nestled next to its partner in the British Royal Family’s Crown Jewels at the head of the Scepter. 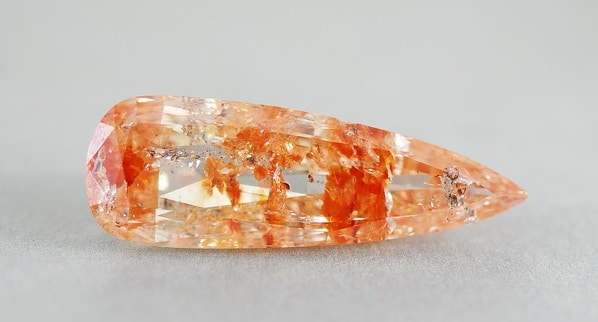 This is a multicolored 32+ carat diamond in hues of dark to light orange, yellow, black and dark blue. Cut in an elongated teardrop shape, it has the appearance of a koi fish. The Koi Diamond belongs on this list because, in contrast to the other gems, it is one of the most imperfect cut gems in the world and almost never came to be. This diamond had so many flaws and inclusions that it was originally slated for industrial use. But an unnamed diamond cutter saw something in its flaws and won the opportunity to create one of the most uniquely beautiful diamonds in the world. 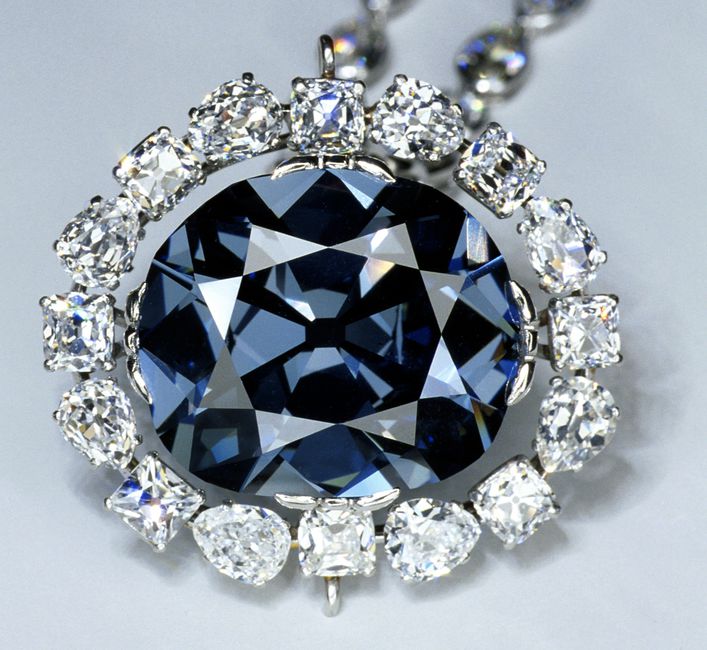 This infamous 45.52 carat diamond is supposedly cursed. It is currently residing in the Smithsonian where the unwary are safe from the consequences of owning this piece of history. Nonetheless, over the past four centuries, it has definitely made its rounds. Born in India, it made its way to King Louis the XVI and his wife Marie Antoinette. They named it the French Blue. But it was stolen during the French Revolution and smuggled to London following their beheading. After being recut, the larger diamond became known as the Hope Diamond. No one knows what became of its smaller half.

Do you ever wonder where the other half of the Hope Diamond is? Of all our most famous diamonds, this one is the subject of the most speculation. For all we know, it could be twirling around the finger of a young bride who knows nothing of its history. A family heirloom that has been passed down through a few generations in a cushion cut setting on a humble engagement ring. Or perhaps it is lost under a sofa in an old house, just sitting quietly, waiting to be found. Where do you think it might be?