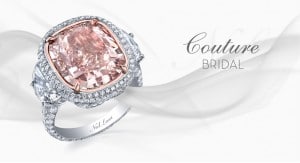 The name Neil Lane is synonymous with fine crafted vintage engagement rings that Hollywood stars are so enamored with. With exquisite detail and style, this designer has made a name for himself and consistently wins awards and accolades around the world. The hottest celebs wear this designer jewelry and make the headlines particularly when his jewelry adorns their engagement ring finger.

Just as with fine collections found in museums, Neil Lane jewelry has an air of old and new world styles that are often considered modern works of art around the world. Celebrities have long sought after this jewelry for Hollywood events because of the design and unique type of jewels used in the settings (rough and uncut to fancy cuts and colors) make the ultimate impression on the red carpet. Along with modern pieces of jewelry, Neil Lane also is a reputable curator of rare and valuable jewels from various eras in history. To have a Neil Lane piece of antique jewelry is to own a treasure.

Who is Neil Lane? Neil Lane is an American from Brooklyn, New York where he was born and raised. Even as a young person was captivated by creative design, architecture and gemology. Once he left New York for Paris, he found particular interest in creating jewelry—with emphasis on recreating the epic vintage pieces of Europe. Later he moved to Los Angeles, California to pursue jewelry design and quickly grew to stardom among the stars for his highly detailed and unique vintage French designs.

A well known jeweler to the stars, Neil Lane designs have graced the red carpet for several decades. Not only do Hollywood celebs wear his jewelry to evens like the Academy Awards, Golden Globes, People’s Choice Awards, and SAG, but they also wear his rings for engagement and wedding purposes. It’s quite common for this designer’s name to pop up when a movie star gets engaged—which in turn helps Neil Lane jewelry grow in popularity. While Neil Lane is a jeweler to the stars, there is also an everyday element to his rings since less expensive versions of them are sold by retail stores such as Kay Jewelers. Naturally the designs are not the same as the custom designs celebrities wear, but they do offer an affordable yet beautiful option for those who want the brand name without the Hollywood price-tag.

1. The jewelry really does have the look and feel of the significantly more expensive designer rings. Often times when famous designers team up with more affordable retail chains, the look and quality of the item suffers. However, the Neil Lane jewelry doesn’t seem to have that problem and you can purchase something that looks like it still belongs in his collection.

2. While much of the celebrity red carpet jewelry wouldn’t work for every-day wear, Neil Lane engagement and wedding rings can easily be worn on and off the carpet without looking too formal and out of place.

3. Affordability factor: Despite celebs spending tens of thousands on Neil Lane rings, it is totally doable to find an engagement ring for under $5000 (if not less than this).

Neil Lane engagement rings are synonymous with class, style and celebrities. The gems and workmanship of each setting is impeccable and hand crafted. Having the option to purchase a Neil Lane ring at Kay Jewelers has opened up the opportunity for everyone to be able to have an incredible piece of jewelry and a link to the stars in Hollywood.