The History of Diamond Rings: A Story of Lies and Advertising 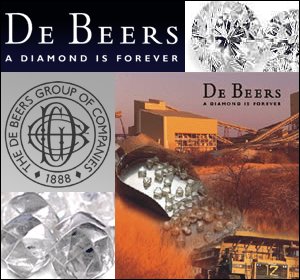 Although a recent article on the Business Insider website begins with a Michael Scott quote, it goes on to raise a very fascinating question – What is the huge deal surrounding diamond engagement rings? Though they feel embedded into an age-old tradition, is that really the case? The truth is – no. It is said that the “tradition” was started by a De Beers ad campaign, circa 1938. Before that ad, diamond rings were not commonly found on every American spouse-to-be.

In today’s world, most of us know that diamonds are not as rare as they were made to appear by the cartel that controls the supply, so they can artificially raise the demand. Yet, it is not just the market that is under De Beers’ grip – it is the emotional attachment and response to something much bigger. In its most effective use, advertising is designed to make you need an item you never even wanted; and diamonds have served this purpose in an incredible way.

The Beginning of Diamond Rings

Until the middle of the Twentieth century, the truth is that diamond rings were a slowly fading trend. In fact, the picture was only growing bleaker with the wartime economy in full effect. Around this time, ad agencies from Madison Avenue started popping up and began to re-symbolize diamonds as a status symbol; they essentially manufactured the idea that the stone size was in direct correspondence to the power of a man’s love for his woman. This idea may be to blame for the reason many couples actively invest in diamond rings for various occasions and anniversaries for many years to come.  In one fell swoop, De Beers and other industry ‘Mad Men’ of sorts, created a social convention and tradition. They used marketing methods that ranged from support from British royalty to guides on how much you should spend. By this time, the cash was rolling in and an outgoing trend suddenly reappeared as a tradition. Currently, the idea has been so ingrained into our culture and understanding of marriage and love that many couples cannot consider the commitment without the proper bling to go with it.

Where are we today with diamond rings?

In the end, the history behind diamond rings and how they became such a standard for lovers reads like one of the best advertising moves in history. Then, of course, there is the entire controversy surrounding conflict diamonds, which are more common than anyone would like to believe, Kimberly Process or not. It has been pointed out by Business Insider that a diamond’s value stands for nothing more than its status symbol function. Now honestly, is a status worth the stress that’s brought on by our demand for them? Tell us what you think, is this enough to convince you otherwise?