If you’ve been reading our posts, you already know diamonds are as diverse as nature’s artistic talents. The first instinctive image to come to mind when we dream of diamonds is the transparent, clear, light-infused type of stone. Hardly anyone ever chooses the purple diamond from the spectrum.

And yet, here it is. You might think the color is so unusual it must be chemically injected. You are half right. Some diamonds are enhanced to obtain that lavender hue, but others are naturally purple.

The Purple Diamond – The Splendor of the Underground

The Ingredients of the Purple Diamond

Diamonds have formed over millions of years from elements that compounded together around carbon. By no means do diamonds remain 100% pure during conception. Different elements sneak into the mix, cause the purpleness, and are forever trapped inside, to be immortalized in royal crowns and on engagement rings.

Some scientists studying the case believe extra hydrogen is the ingredient responsible for coloring the diamond. Others say boron infuses purple into the crystal structure of the stone.

Natural colored diamonds are the rarest of the rare. Miners dig out approximately 110 million carats of diamonds each year – that is more than 22,000 kilograms a year. Sift the total to only 2,000 carats that pass the quality test and end up in the hands of the most famous cutters and jewelers. They are responsible for polishing the beauty out of the stone, making it worthy of Sotheby’s luxury auction sales.

Of all the natural fancy diamonds, the pure purple diamond scores the highest on the rarity chart.

The Different Names of the Purple Diamond

Jewelers have baptized the purple diamond according to the color’s subtleties. Diamonds come unearthed in various colors and shades.

Some naturally receive a discreet shade with hints of red, blue, pink, gray, and even brown. The actual color palette of a purple diamond ranges from flamingo-pink to light lavender to a deep, vivid mauve.

So people, poets to the heart, gave the purple diamond such aliases as the plum diamond, the orchid, the mauve, the lavender, the lilac, and the grape diamond.

Call it branding, but it’s nice to see we appreciate the different characters and impressions a diamond can make on the eye.

The Origin of the Purple Diamond 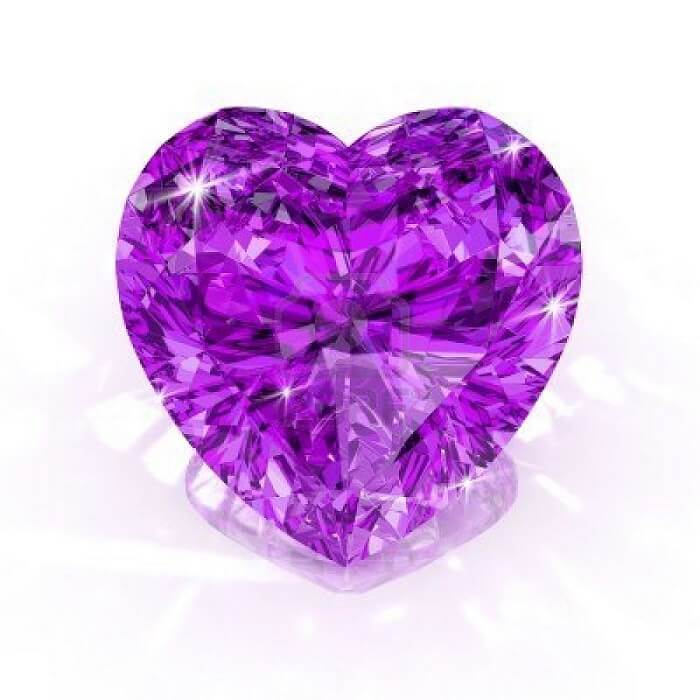 Australian mines uncover the highest amounts of purple diamonds, but other parts of the world have reported significant findings. In Siberia, the purple diamond leans toward a paler complexion. Even so, finding this color underground is an exciting and rare event. Purple diamonds only make for one percent of the overall output in this part of wild Russia.

A recent discovery of 3 billion years old rock samples hiding nearly 750 diamonds put Canada in the limelight of the diamond market. Another proof of the scarcity of the purple diamond. Only nine of the hundreds of stones found in Quebec were purple in color.

Purple diamonds come in petite sizes. There are very, very few diamonds on the market weighing more than 5 carats with purple as the main color. This is yet another feature that distinguishes the purple diamond from other specimens.

Probably the most famous purple diamond in the world is the Royal Purple Heart. The largest Fancy Vivid Purple diamond currently in existence, the 7.34 carat stone originated in Russia. Allegedly. The history of this diamond is shrouded in obscurity.

The Julius Klein Group cut the diamond in heart shape. Granted, the cut is the work of a craftsman and brings out the true vibrant and inner shine of the diamond. The Royal Purple Heart received a clarity grade of 11.

The Supreme Purple Diamond Heart is veiled in a darker cloak even than the Royal Purple Heart. Not much is known about it, expect the purple diamond exhibits a perfect round cut – which makes the title a misnomer, as the diamond is not a heart shape, as you’d have expected.

Even its size is a matter of debate.  The Supreme Heart weighs somewhere between two and five carats. No one knows its color and clarity grades.

The few to have seen it and attested to its actual existence reported that the diamond can appear either deep purple or crimson, depending on the angle from which you look at it.

Two colors in the same stone have never been seen before, which is the reason the Supreme Purple Diamond gained the title of ‘king of diamonds’.

Many experts believe the diamond originated in the Amazon region, sometimes 25 years ago. Its first and sole public appearance was at a London auction in 2002.

The Supreme Purple Star’s estimated worth is $4 million per carat, setting its value at somewhere between $8-20 million.

The purple 3,37 carat diamond debuted at an auction in Hong Kong’s Jewellery & Gem Fair in 2014.

Leibish & Co., the firm that auctioned the gem, did not name the mine where this fancy vivid pinkish VS2 diamond originated but did mention the continent: South Africa.

The Israeli company bought the diamond as a rough. Their cutters invested more than four months polishing it from 4 carats into a little bit less.

The Purple Orchid carried a price tag of $4 million, nearly $1,2million per carat. 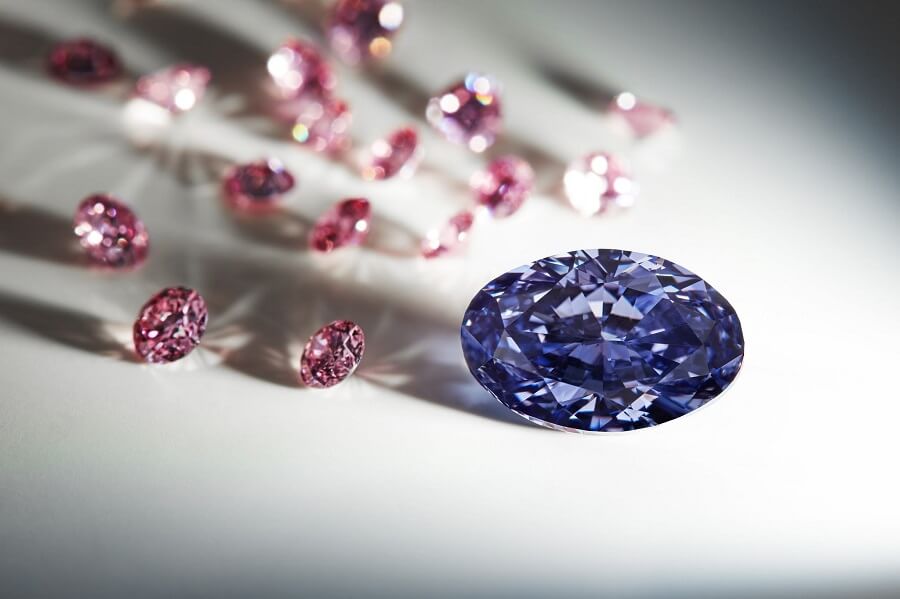 Experts estimated this purple beauty would fetch more than $3 million at auction. The 2.83 carat is the latest purple diamond to grace the world with its brilliance.

Seeing how only 12 carats of purples have come out of the Rio Tinto mine in Western Australia over the last three decades, the Argyle is also the company’s star finding.

The diamond, as it behooves a celebrity, has already started its tour in Copenhagen, Hong Kong, and New York for private viewings in June.

‘The impossible rare diamond’, as the media swoons over it, is, unfortunately, the property of Rio Tinto. The mining group has been heavily criticized for its damage to the environment. Sometimes, beautiful things fall into ugly hands.

The pursuit of diamonds is hardly reaching a finish line. As long as the underground glitters in the dark, the hunt for the gems will continue. The purple diamond is one of the most beautiful and rare of all natural diamonds.

1 thought on “The Purple Diamond – A Rare and Mysterious Stone”