The trillion cut diamond offers one an opportunity to wear a brilliantly eye-catching stone that stands out from all the rest. Its triangular shape makes it unique, but it works well in a variety of beautiful settings. The following information will give you a glimpse into this cut’s amazing history as well as show you how to make the most of this unusual design. 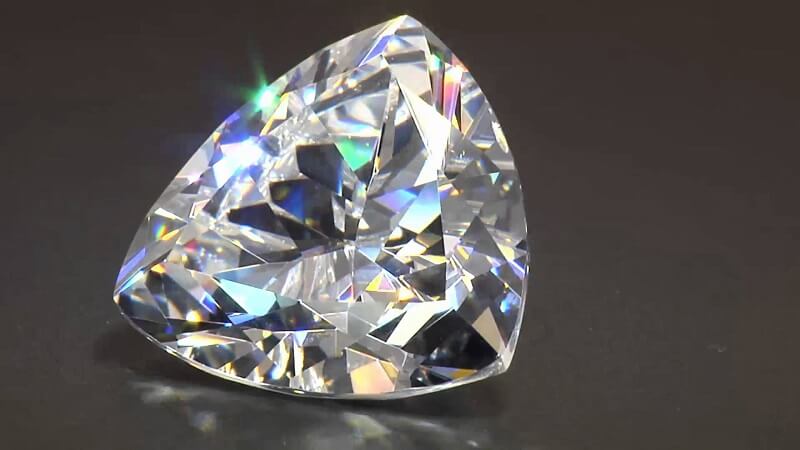 What Is a Trillion Cut Diamond?

A trillion cut diamond has a mixed cut with three equal sides that can be straight or slightly curved. They are also known as trilliants and can be referred to as triangular cut diamonds or triangular brilliants. These uniquely shaped stones are typically shallow in depth. This is due to the fact that they are cut from a flat, triangular rough crystal called macle.

The trillion cut diamond has many unique characteristics that set it apart from other cuts. The triangular shape is considered a brilliant cut. This means it does an excellent job of catching light, giving it that sparkle that everyone gravitates towards. You can find trillion cut diamonds in a variety of weights and sizes ranging from 0.25 carats to 5.00 carats. Most people prefer something in the middle of this range. The stone will actually look much larger than other cuts with the same weight due to its thin profile.

The design of this particular cut is determined by the preference and skill of the cutter as well as the stone’s natural characteristics. The corners can be sharply pointed or have a more rounded shape. Both styles are completely acceptable. An average trillion cut diamond will have 25 facets on its crown along with 19 facets on its pavilion. The crown refers to the upper portion of the diamond that sits above the narrow rim encircling the stone. This rim is called the girdle.

The trillion cut diamond is not as common as a round or princess cut diamond, but it is gaining in popularity. This stone was once used only as an accent to a larger center diamond, but today it is found front and center more and more often. It appeals to the adventurous soul who is always looking for something different. 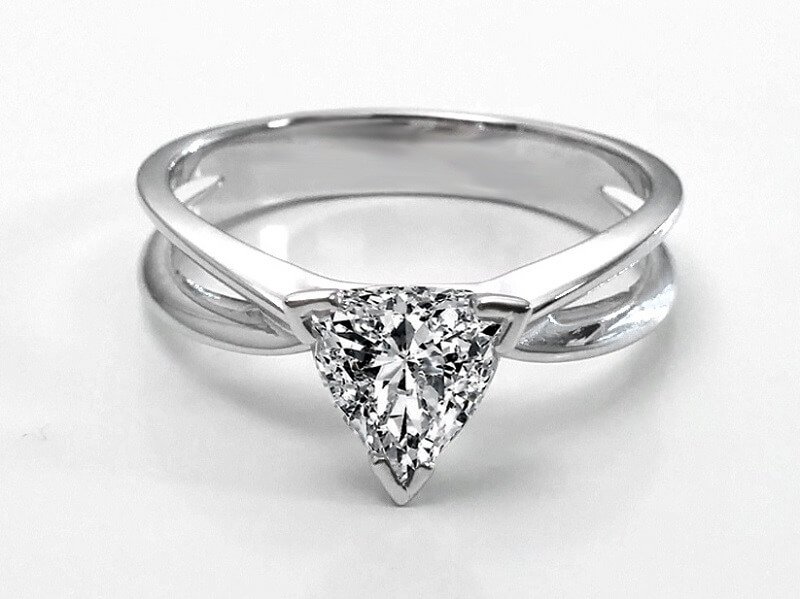 History of the Trillion Cut Diamond

The actual history of the trillion cut diamond is a bit sketchy. Many sources will credit Leon Finker as the creator of this unique design. He is said to have developed it in 1978, but this causes some confusion as the shape was originally introduced in Amsterdam by the Asscher brothers. Joseph and Abraham Asscher were the most prodigious diamond experts of the 20th century. The Henry Meyer Diamond Company of New York eventually acquired the distinct look of a trillion cut as their own, and they had it trademarked in 1962. So, by the time Finker claims to be the originator, it had already been around for over 16 years.

Regardless of who first came up with this wonderful, light-catching design, it was traditionally used as a side stone to a larger solitaire. Created as an accent shape, it wasn’t until recent years that it became the stand-alone piece we enjoy today. The name comes from the triangular shape that the stone is cut into. It can also be referred to as Asscher’s trilliant. The patent has long ago expired on the trillion cut diamond, so the name can now be used to describe all triangular shaped stones.

When buying a trillion cut diamond, you should look for a color rating of H or higher along with a clarity of S1 or better. When it comes to the clarity of this unique shape, choose the diamond with the lowest clarity that still catches the eye. If the diamond looks clean with the naked eye, it won’t really matter whether it is graded as flawless or not.

Cut parameters play a big role in selecting the best trillion cut diamond for your budget and needs. It should have a depth of 32% – 48% and a 50% – 70% table. The polish/symmetry needs to have a rating of good or better, and the length to width ratio should be within 1.00 – 1.10. Make sure that the trillion cut diamond you are looking at is diamond certified by the AGS or GIA.

Look out for inclusions you can see with your naked eye. You also want to avoid an extremely thin or extremely thick girdle. Pass over any with poor or fair symmetry as well as those with a strong blue fluorescence. Blue fluorescence can make the diamond look milky or hazy. Instead, look for one with a faint to medium fluorescence. 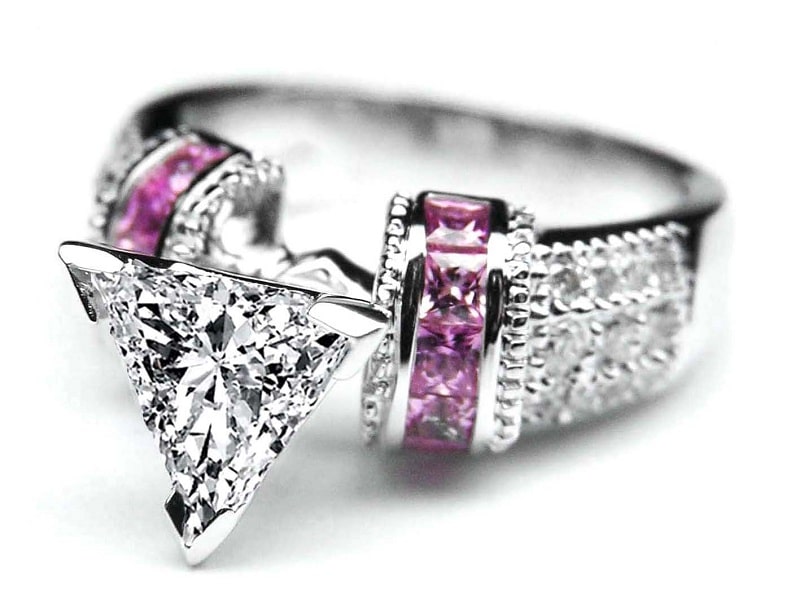 A trillion cut diamond needs special prongs due to its unusual shape. Experts recommend that it be set in V-prongs. V-prongs wrap around the tips of the stone for added protection. Standard prongs will work, but the diamond will be more vulnerable.

That being said, there are many types of settings available. Placing a trillion cut diamond in a solitaire setting makes it the star of the show. Many times the jeweler will add a row of baguette diamonds for additional sparkle. Another option for mounting a trillion cut diamond is the halo. Small diamonds are used to surround the main diamond like a frame. Modern settings include the use of colored gems on each side of the diamond. The contrast is striking, and stones such as solitaires, rubies, and emeralds work beautifully.

The trillion cut diamond can be used as the beautiful main stone of any ring as well as a wonderful accent gem. The unique shape allows this cut to reflect the light in an eye-catching sparkle that other cuts may lack. Please feel free to join our conversation by expressing your opinion on this lovely diamond shape.