The traditional birthstone of April is a colorless diamond, but many women also choose the April birthstone color for its spiritual meaning. This stone is believed to ward off evil eyes, which are thought to cause poverty, illness, and death. The April birthstone is also said to be a cure for poisons and plague and grant you long life. During its history, people used diamonds as a way to cure illnesses. 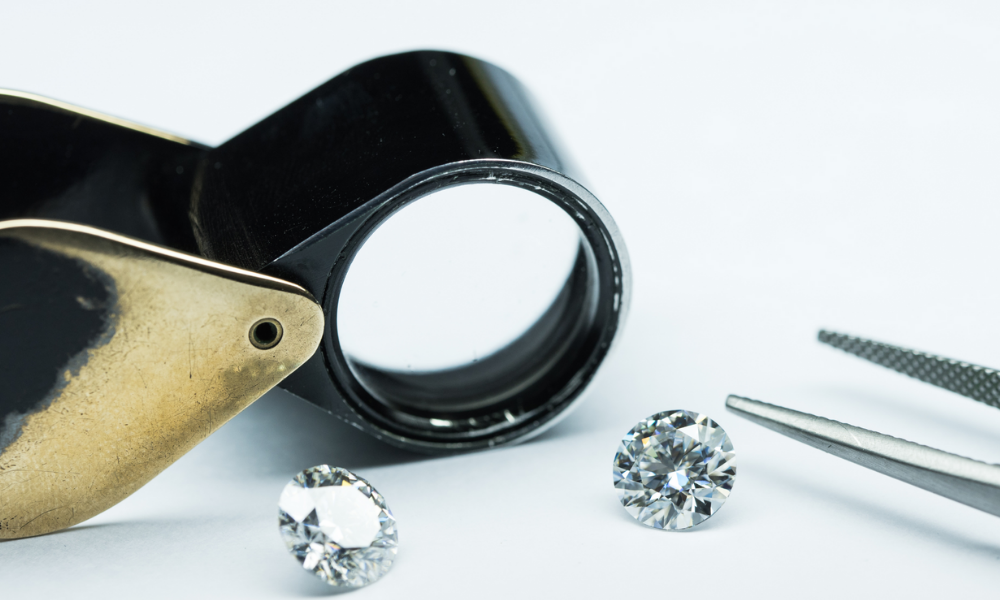 The Color of April’s Birthstone

Colorless or white is the color of the April birthstone. Colored diamonds, on the other hand, are common and come in a wide spectrum of colors, including red, orange, green, blue, pink, purple, brown, grey, and black.

Because of their rarity, these fancy diamonds, which come in various colors, are more expensive than typical diamond colors.

These colors are sometimes added in the lab; the more vivid the hue, the more valuable the stone.

The conventional colorless diamond has always been associated with love and strength. The color of the April birthstone provides healing properties that help the wearer’s emotional state.

It is a sign of love, innocence, and faith. The official April birthstone color is crystal clear/white because clear diamonds are the most popular.

Diamonds are a popular gemstone for engagement and wedding rings since they bring happiness to the wearer.

Diamonds were also prized for their curative qualities. In the Middle Ages, people utilized diamonds to acquire mental clarity, cure diseases, and antidotes for poisoning. 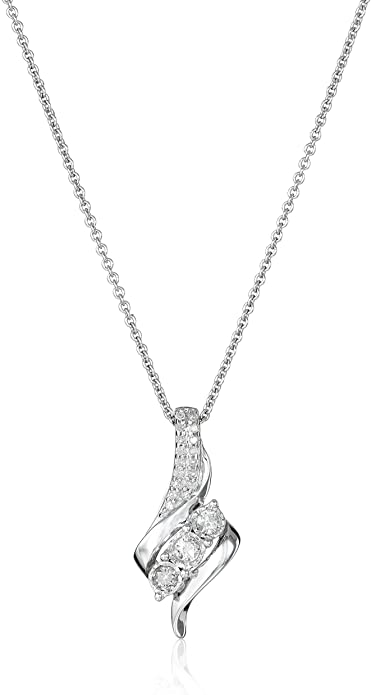 How to Boost the Color Energies of the April Birthstone?

As the hardest birthstone, it aids in increasing one’s strength and persistence in the face of adversity. The April birthstone is ideal for anyone who values the significance of their month’s birthstone.

Your birthstone can be worn as an ornament for good luck, love, romance, and emotional purity.

Your April gemstone is the show’s star; wear it for special occasions to stand out from the crowd.

Wearing your birthstone can also provide a sense of calm and balance, dispelling negative energy and allowing you to focus on whatever task you’re working on.

In a piece of birthstone jewelry, you can wear a traditional colorless diamond or one of the exotic colored diamonds.

Do you have a dream job, or are you awaiting good news? Put a diamond on your wrist, On the best. You diamonds n also wear diamond jewelry for romantic dates or an engagement ring to symbolize eternal love.

What is the Personality of April Born?

April babies are noted for their bravery, strength, and persistence. It’s no surprise that their birthstone is a stone noted for its solidity and hardness.

They have a lot of ambition and will do anything they set their minds to. April people are self-sufficient, have huge dreams, and are usually at the top of their fields.

April babies can be stubborn as well, and they follow their hearts and minds and rarely try to see things from other people’s perspectives.

When they’ve made up their minds about anything, it isn’t easy to persuade or convince them. They do, however, make excellent leaders. They have a positive attitude and a leadership spirit that makes it easier for them to persuade and influence others.

April babies, despite their stubbornness, have clear heads, are trustworthy, and make wonderful lovers.

April infants, like diamonds, can be enticing, full of life, and possess a sparkling attitude that makes them stand out wherever they go. They’re also witty, upbeat, and robust, and they don’t get sick easily.

April people have warm and sensitive hearts, and they are caring, loyal, and empathic toward others.

They place a high value on friendships and make excellent friends and lovers. The more you learn about April people, the more you’ll notice that diamonds, the most costly gemstone, are a perfect match for their personality.

Is the Color Clear or White of April Birthstone?

The color of the April birthstone is clear or white, which symbolizes the transparency of diamonds. Diamond is the hardest natural material known to man and is made completely of carbon. In reality, the word “diamond” comes from the Greek word “Adamas,” which means “invincible,” implying diamonds’ greater toughness.

Consumers must guarantee that any diamonds they acquire are certified as ‘conflict free’ due to the numerous difficulties surrounding diamond mining and criminal dealing. Choose jewelers who can trace diamonds back to their origins, ideally ethical and environmentally responsible mines.

In recent years, lab-grown diamonds have gained widespread popularity since they are just as beautiful, easy to trace and avoid the myriad humanitarian and environmental difficulties of mining.

What Is The History of Diamond?

Diamond, the April birthstone, is the hardest natural material on the planet, 58 times harder than any other naturally existing mineral. As an engagement or wedding ring or an anniversary present, it has long been a symbol of eternal love. The diamond has long been regarded as having healing properties and providing clarity and harmony. Learn everything there is to know about the diamond’s history, significance, and symbolism!

What is the Diamond Symbolism, Meanings, and Folklore?

The diamond is known as Vajra in Sanskrit, which also means lightning; in Hindu mythology, vajra was the weapon of Indra, the god-king.

Pliny the Elder, a Roman naturalist, is claimed to have observed the diamond, “Diamond is the most valuable of all things in this world, not alone of precious stones.”

It was formerly believed that wearing a diamond might protect you from the evil eye, which was said to bring sickness, poverty, and even death.

The diamond was once thought to have healing properties, operate as a poison antidote, and protect against the plague.

Diamonds were supposed to heal illnesses of the pituitary gland and the brain during the Middle Ages.

Before diamond formation was established, some ancient cultures believed diamonds were made by lightning, while others believed they were God’s tears.

Some believed that holding a diamond would offer power, beauty, and happiness and be a sign of lifelong love and marriage. Balance, clarity, and richness were among the other potential advantages.

You will be given sound financial guidance if you wish to wear diamond earrings.

Not only is the diamond the April birthstone, but it is also the gem of choice for 60th and 75th wedding anniversaries.

Where are Diamonds Found?

Diamonds are formed by high temperature, and pressure conditions found more than 75 miles beneath the surface of the Earth.

A gem-quality diamond contains more than 99.9% carbon, making it one of the finest stones available. It’s the only gem formed entirely of a single element, with trace elements accounting for the remainder. It has an isometric crystal structure, which means its carbon atoms are bound together in the same way in all directions, giving it remarkable hardness.

Diamonds are driven higher by volcanic activity once produced until they reach the Earth’s surface or just below it. Rock, alluvial deposits, glacial tills, and kimberlite pipes are all places where diamonds can be found.

However, diamonds are scarce, as evidenced by a diamond mine’s typical yield being 1 part diamond to 1 million parts rock.

Diamonds are thought to have been discovered in India before Brazil became a major player in the gem’s supply chain in the 1700s. In the late 1800s, more deposits were identified in South Africa. Along with South Africa and other African countries, Russia, Australia, and Canada play important roles in today’s supply chain.

What is the Healing Power of Diamonds?

Diamonds were supposed to have medicinal properties and may alleviate diseases related to the pituitary gland and the brain during the Middle Ages. It was thought that heating the crystal and putting it to bed would draw out the poisonous toxins ailing the body.

Diamonds were also thought to improve an individual’s balance and clarity, and vitality when mixed with other crystals such as amethyst.

The April gemstone, the diamond, has captured the hearts of many and is the most sought-after gemstone to date. Diamonds, known as the “King of All Birthstones,” are an excellent choice for an April birthday present.

People born in April are often ambitious and courageous. They can be unpredictable, but they are never dishonest and are always up for a challenge. On the other hand, Diamonds reflect light and can be quite erratic. In fact, ancient scriptures refer to the ‘Colorless Stone’ as a harbinger of love and strength. In addition to its symbolism, April is also a sign of generosity.

This stone is an excellent healer of broken hearts. It helps mend broken hearts and improves relationships. Wearing a rose quartz pendant is a good idea for everyday wear and will help you achieve the desired results. Wear it anywhere you want to show love and commitment. Wear it in a pendant near your heart! You can wear it anywhere, but the most appropriate place for it is next to your heart.