Diamonds are one of the world’s most valuable natural resources. Their rarity and extraordinary beauty have made them a prized possession for those who are fortunate enough to own them, regardless of time or culture. A beautiful diamond inspires wonder and appreciation for nature’s grandeur in everything from ancient royal relics to modern-day engagement rings. However, there are a few diamonds that are so rare that their value exceeds the GDP of some tiny countries. Have you ever wondered what the most valuable diamonds on the planet are?

The question of how much is the Cullinan diamond worth has been around for several decades. The uncut diamond weighed 1/3 pounds and is now worth billions of dollars. The stone is part of the Imperial State Crown and the Royal Collection Trust. The other eight main gems were cut from the diamond. The Cullinan I is the largest of them all and is known as the Great Star of Africa. The Cullinan Diamond is 1,348 carats in size. It is also one of the most valuable gemstones in the world and is estimated to be worth $400 million USD. This is a relatively low figure for such an incredible stone, but there is an astronomical story behind its origin. While the diamond is priceless, the mystery of its origins is not over yet. Despite its price, it is not a simple question to answer. 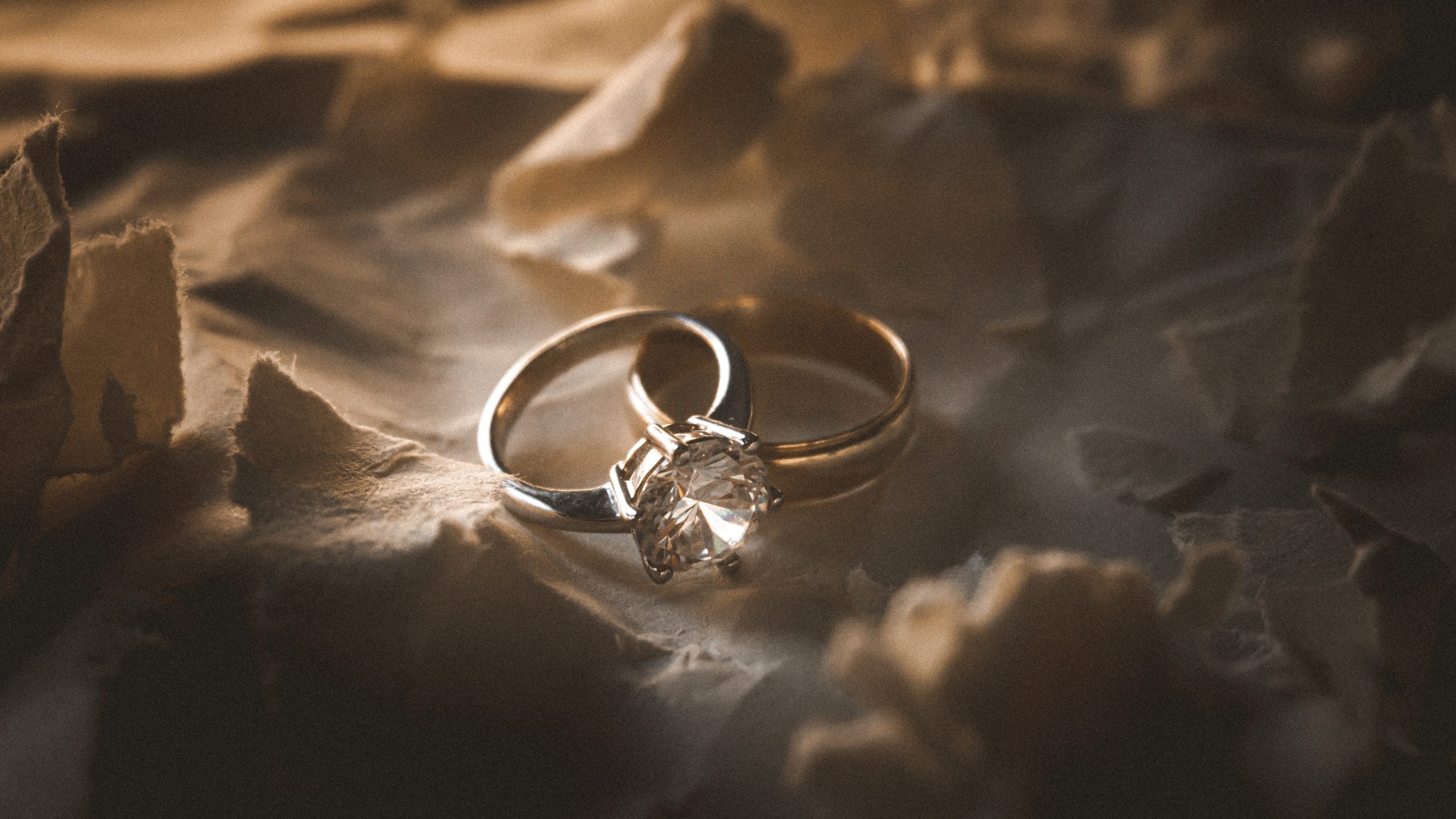 What Is The Cullinan Diamond, and What Does It Mean?

The Cullinan Diamond, often known as the Star of Africa, was once a 3,106.75-carat gem. The value of the Cullinan diamond is estimated to be in the billions of dollars. The original Cullinan diamond size was 621.35 grams which corresponds to 1.369 pounds before it was cut.

What Is It That Makes These Diamonds So Expensive?

When determining the value of a gemstone, many aspects are taken into account. Because diamonds are so scarce and sought after, they are already one of the most valuable precious jewels. The carat weight is also important, as larger diamonds are usually larger and more difficult to find intact while mining. The finished cut and design’s complexity is also significant since it determines the quantity of light it can reflect. Fine jewelry collectors are willing to spend much more for it if it comes from a well-known jeweler. The number of imperfections in the raw stone, as well as its clarity after polishing, are further factors to consider.

Desirability can also be determined by looking back in time. Because of their associations, diamonds owned by famous celebrities or royal families can be valued more. Diamonds such as the Sancy or the Kah-I-Noor are likewise highly prized because to offer antiquity and the amount of history and mysticism that surrounds them.

What Is The Value Of The Cullinan Diamond?

One of the most fascinating aspects of the Cullinan diamond price is that no single value can be given because the original stone was broken into nine huge diamonds and several lesser ones. The polished jewels that used to make up the Cullinan diamond are now worth billions of dollars together.

The most renowned gem cut from the Cullinan diamond, Cullinan I, will be covered in this article, but data concerning eight other major jewels cut from the original stone will also be examined.

What Are Different Kinds of Cullinan?

The Cullinan I diamond is the largest and most valuable piece of the original stone. The pear-cut stone, which weighs 530.2 carats, is also known as the Great Star of Africa. It was originally placed in the head of the British Sceptre with the Cross, but it is designed to be removed and worn as a pendant, either on its own or in a brooch with the Cullinan II diamond. Both diamonds have been modified with tiny platinum loops on their margins so that they can be worn by British heads of state.

Cullinan II, often known as the Second Star of Africa, is the second-largest portion of the original stone. This 317.4-carat rectangular cushion-cut stone is set in the front of the British Imperial State Crown’s circlet section.

The Lesser Stars of Africa are Cullinan III and Cullinan IV combined. The Cullinan III diamond is a 94.4-carat pear-cut stone that was initially set in Queen Mary, King George V’s consortcoronation,’s crown. Cullinan III is now commonly worn as a brooch, often in conjunction with Cullinan IV.

Cullinan IV is a square cushion-cut diamond with a still-amazing 63.6-carat weight. It was also a part of Queen Mary’s coronation crown at the time. The costly brooch containing Cullinan III and IV is affectionately known as “Granny’s Chips” by Queen Elizabeth II, who has worn just six or seven gems during her reign.

Despite being much smaller than its sisters, the Cullinan V is nonetheless impressive at 18.8 carats. It was frequently worn by Queen Mary in conjunction with Cullinan diamonds VI and VII, and was heart-shaped and put at the center of a brooch with smaller stones surrounding it. Queen Elizabeth II has worn this brooch numerous times and considers it to be one of her favorite pieces of jewelry.

With an estimated weight of 8.8 carats, the Cullinan VI diamond could be found in a famous engagement ring — if it weren’t part of the British Crown Jewels! This marquise cut diamond is suspended from the Cullinan VIII brooch. The two diamonds can also be combined to create a new brooch to go with the one with the heart-shaped Cullinan V.

A Famous Necklace by Cullinan VII

Cullinan VII is a marquise cut diamond that is 11.5 carats in size. This stone was initially given to Queen Alexandra by King Edward VII. After he died, she presented it to Queen Mary. It was put as a pendant on the famed diamond and emerald Delhi Durbar Necklace by Queen Mary.

“It Gets In The Soup!” says Cullinan VIII.

Cullinan VIII is a stunning cushion-cut diamond that weighs 6.8 carats and is set in a brooch that Queen Elizabeth II inherited in 1953. She has never been seen wearing it out in public, claiming that it “gets in the soup.”

The ninth Cullinan diamond is a 4.4-carat pear-cut stone. The stone is set in a platinum ring known as the Cullinan IX ring.

The Cullinan diamonds are all valuable, and they are frequently on display at the Buckingham Palace exhibition or the Tower of London.

What Are Some Of The Rarest Diamonds In The World?

Rare diamonds are used in some of the most expensive exquisite jewelry. Diamonds can take up to 3 billion years to produce naturally, making them incredibly valuable. While all diamonds are one-of-a-kind, certain types of diamonds are very rare. Colored diamonds are uncommon in general, with red diamonds being the rarest of all. Type IIa diamonds are the rarest in terms of formation, followed by Type Ib diamonds. Here’s a comprehensive list of the world’s most valuable diamonds.

One of the lesser-known facts about diamonds is that they come in a wide range of colors, from pale pink to deep black. Colored diamonds account for only 0.01 percent of all diamonds mined globally. Because of their scarcity, they are extremely valuable. Of all the colored diamonds, yellow, brown, and black diamonds are the most widely available.

Red diamonds are among the world’s rarest and most valuable gems. They’re also known as Fancy Reds, and they come in a range of colors from orange to brownish red. The Argyle Diamond Mine in Australia produces the majority of the world’s red diamonds. The Moussaieff Red Diamond, at 5.11 carats, is the world’s largest IF graded fancy red diamond.

What Is The World’s Rarest Rock?

Painite is a mineral that is found on the earth’ Painite holds the Guinness World Record for being both the rarest gemstone and the rarest mineral on the planet. Painite was discovered in 1951, and for the next several decades, there were just two specimens. By 2004, there were just a few hundred gemstones known.

Which Birthstone Is The Most Valuable?

Is There Anything More Valuable Than A Diamond?

Diamonds are among the most valuable precious stones on the market, but not because they are particularly scarce. In reality, emeralds, rubies, and sapphires of exceptional quality are all rarer than diamonds.

Diamonds aren’t extremely rare. They are the most frequent precious stone found when compared to other jewels. The cost per carat (or weight of a gemstone) is usually determined by the rarity of the stone; the rarer the stone, the more expensive it is.

Which Diamond Is Most Expensive?

Kohinoor is the world’s most valuable diamond. According to reports, the oval 109-carat diamond weighs 21.6 kilos and is the British Crown’s principal diamond. The diamond’s origins may be traced back to India, and it is currently owned by Queen Elizabeth II. The diamond is thought to be priceless because of its rarity.

The Sancy diamond is the second most costly diamond after the Kohinoor. Its beginnings can also be linked to India. The Louvre museum in Paris, France, now owns the shield-shaped modified brilliant-cut diamond. According to rumors, the diamond is worthless and weighs 55.23 carats.

The Cullinan Diamond is one of the most famous diamonds in the world.

The Cullinan diamond, valued at $400 million, is ranked third on the list. According to estimates, the diamond weighs 3,106.75 carats and is the world’s largest gem-quality rough diamond. The diamond was named for Thomas Cullinan, the mine chairman, after it was discovered on January 26, 1905, at a mine in South Africa. Elizabeth II is the current owner of the diamond. It is positioned to the right of her Crown.

The Hope Diamond is a diamond that symbolizes hope.

The Hope Diamond, valued at $350 million, was taken from the Kollur Mine in Guntur, India. It is the world’s fourth most valuable diamond. According to sources, the diamond is blue in the presence of the chemical element boron. The 45.52-carat diamond is currently owned by Smithsonian Institution Offices, a US museum organization.

According to estimates, the De Beers Centenary diamond weighs 273.85 carats and is the third-largest diamond ever mined at the Premier Mine. The diamond is valued at $100 million and is recognized for its modified heart shape.

The Cullinan Diamond has become the most expensive diamond in the world. Its price is worth about $400 million. It is the most valuable stone in the world, and the Queen wears it during state openings of parliament. The stone was a gift from King Edward VII and Queen Mary after the death of King Edward VII. It is also used to set engagement rings. The nine-carat Cullinan Diamond is a priceless gem that can only be matched by a few very lucky people.