Although you have surely seen its beauty, do you know how a pink diamond is made? Or where it gets its pale, beautiful color from? How rare is it? And how are they valued and graded? Keep reading to find everything you need to know about the rare, pink diamond. 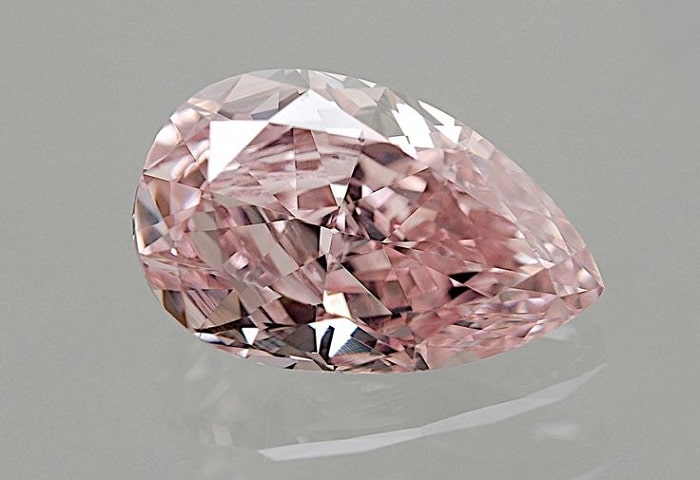 Part of the attraction of diamonds is their origin. Diamonds are made in the Earth’s mantle, the layer that separates us from the molten core. Temperatures boil at more than 2,000 degrees there, with pressure exceeding 725,000 pounds per inch. The severe heat and pressure in the mantle changes the crystalline carbon of graphite on an atomic and molecular level.

This amazing evolution restructures the composition of the graphite into triangular shapes; the diamond. How do you find diamonds at the Earth’s surface if they are made 100 miles underneath us? Volcanic pipes that exist all over the world help diamonds travel up to towards the surface. And while there are other ways to make a diamond, this is one and only true way for a gemstone-quality diamond to be made.

Where Does a Pink Diamond Get Its Color From?

White (or clear) diamonds are the purest diamond because no imperfection occurred during its creation. They are also the least rare, since it is not often that other particles become mixed up in the metamorphosis. When additional elements get captured in the carbon structures, the white diamond becomes a colored diamond instead.

For instance, blue diamonds were created with Boron elements, yellow/orange with nitrogen, and purple with hydrogen. Green diamonds are made when absorbing natural elements within the soil. A pink diamond however, is a little different. Some scientists still speculate about the exact origin, but there’s a very strong theory behind this pale beauty.

Scientists believe that while a diamond is still within the crust of the Earth, pressure and heat causes a white diamond’s properties to distort. It then absorbs an extremely specific band of green light-rays to create a pale, pink color. This is obviously a rare occurrence, as unlike other colored diamonds, a pink diamond is not made from the combination of any particular element.

There is another theory that states that pink diamonds are a result of an altered molecular structure, due to the propulsion of a seismic shock. When the shock propels the diamond up towards the surface, its structure changes and appears pink. 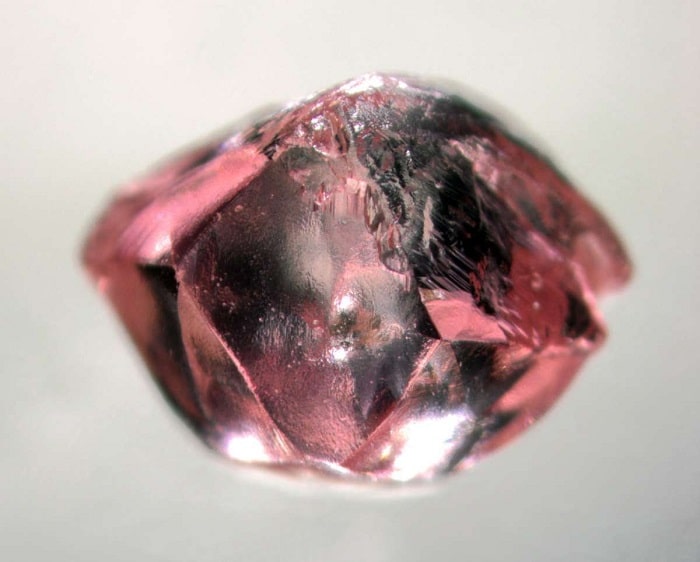 How Rare Is a Pink Diamond?

Pink diamonds are considered among the rarest of the naturally-colored diamonds. They are especially rare because out of all of the colored diamonds, pink is the only color to not be caused by the presence of trace elements. Because they represent such a small percentage of worldwide diamonds, they are highly sought-after. They have been used as investment opportunities for wealthy clientele since the 17th century, because their rarity (and thus value) never decreases.

A pink diamond can technically be found anywhere on the world, but in contemporary times, the largest cache resides in Western Australia. The Argyle mine in Kimberley yields around 80 percent of the world’s pink diamonds, but they have been found in Siberia, Russia, Brazil, Canada, Tanzania, and South Africa as well.

As a testament to the pink diamond’s rarity, the Argyle mine produces around 20 million carats each year. Only .1 percent of those carats will be classified as pink diamonds.

How Are Pink Diamonds Graded and Valued?

Like all other diamonds, a pink diamond is graded accorded to its strength of color and intensity. Pink diamonds can also contain a secondary color overtone, which can strongly affect its value and grade. The following scale is used to grade the intensity of pink diamonds:

Pink diamonds of vivid intensity are rarer than those with less intensity, which attributes to the price. Faint pinks are less expensive than fancy pinks, for example. In addition to color-intensity, they are also valued based on their cut, clarity, and size.

How Much Do Pink Diamonds Cost?

Pink diamonds are among the highest-costing gems in the world. The value of pink diamonds has increased over the years because of its rarity and celebrity-associations with the gem. Celebrities and royalty alike have donned the beautiful jewel, so a certain status is associated with them.

Because of simple supply-and-demand, pink diamonds are among the most expensive. As the intensity of the diamond’s color increases, so does the price. The same is true for size, with prices obviously more expensive the larger the diamond is. While prices are always changing, the average cost of a natural pink diamond ranges between $100,000-1,000,000 per carat.

These beautiful diamonds have been used for centuries as a status symbol, representing wealth, elegance, and power. The earliest-known pink diamonds were used as part of the Iranian crown jewels. Queen Elizabeth II was gifted a 23.6-carat pink diamond brooch in 1947.

Pink diamonds are some of the rarest and most-beautiful creations the Earth gives us, and it’s easy to see why there is so much fascination surrounding them. Their creation is mysterious and majestic, but we are lucky enough to be blessed by that existence. For all your pink diamond questions, be sure to consult a reputable jeweler.