Alexandrite is one of the most expensive gemstones. It has a unique ability to change color depending on lighting. While indoors, your ring may look red or purple, but outdoors it looks green to bluish green. Although diamond can’t change colors, it’s the hardest among gemstones. Diamond is also a classic because it’s in high demand and the most popular choice in engagement rings. Below we compare and contrast alexandrite vs diamond to explore which is worth more. 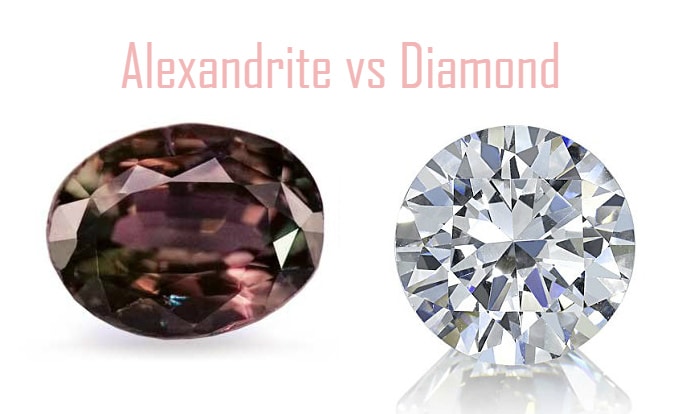 Alexandrite vs diamond has a great difference in color. In fact, this characteristic may be how the two gems differ the most. Alexandrite changes colors depending on the light, whereas diamond doesn’t. In incandescent light, alexandrite is red to purplish red. When you bring it out into the sunlight, the gemstone is green to bluish green. It has moderately strong to strong color saturation.

On the other end of the spectrum, alexandrite that’s too dark appears almost black from not having enough brightness. Alexandrite from Sri Lanka is larger than that from Russia. However, the color of Sri Lankan alexandrite is yellowish green to brownish red. The best quality alexandrite in terms of color come from Russia.

You might not think there are differences in color among white diamonds but there is. Clear diamonds have a separate color grading scale from colored diamonds. White diamond can have a yellowish tint, which decreases its value. The most valuable diamond according to the color scale is colorless. Colored diamonds like blue and purple are typically more valuable than white diamonds because they occur less frequently in nature. The five standard color ratings on the grading scale are colorless (D-F), near colorless (G-J), faint (K-M), very light (N-R), and light (S-Z).

It’s a well-known fact that diamond is the hardest gemstone with a Mohs rating of 10. Between alexandrite vs diamond, diamond is the harder gem. However, alexandrite ranks well on the Mohs scale of hardness at 8.5. It’s a fairly durable stone that doesn’t scratch easily. Compared to diamond, it scratches easier than diamond. Diamond is 58 times harder than minerals with a Mohs hardness of 9. This should give you an idea of how much harder it is than alexandrite. 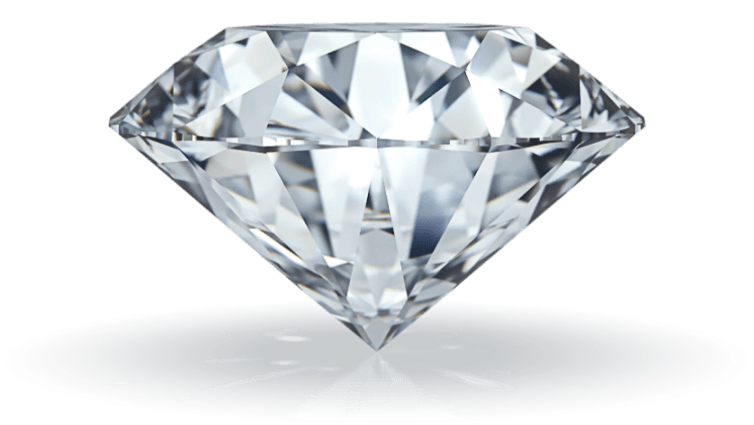 Flawless diamond is extremely rare. You could spend a lifetime in the jewelry industry without coming across one. Thus, flawless diamonds are more valuable than included diamond. A flawless diamond doesn’t have inclusions or blemishes visible under at least 10X magnification. Only experts can check a diamond’s clarity because positioning of the inclusions make a difference in its rating. While shopping for diamond, the seller will let you know what clarity it has.

Another difference between alexandrite vs diamond is how they’re cut. Most alexandrite has a mixed cut, such as a mixture of brilliant cut crown and step cut pavilion. Brilliant cuts have triangular and kite shaped facets. Step cuts comprise concentric rows of parallel facets. Another common cut for alexandrite is oval mixed cut.

Gem cutters find this gemstone difficult because of its pleochroism, the technical term for its ability to change colors. Cutters must position the rough correctly to show the pleochroic colors face up. Their goal is to show the strongest color change through the crown. 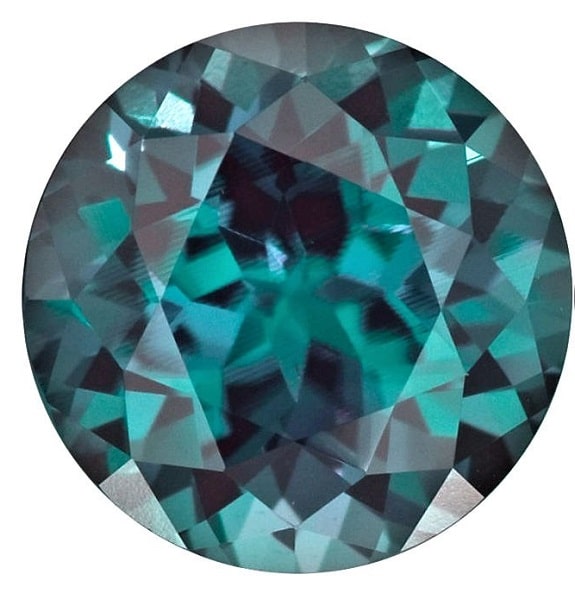 One way that alexandrite vs diamond is similar is the importance of cut. A well-cut diamond sparkles to its full potential. The angles and facets influence how much light returns to the eye. Diamond with a poor cut can appear dark or unattractive. The diamond cut grading scale consists of excellent, very good, good, fair, and poor.

Because Russian mine production has declined, alexandrite with intense color is becoming rarer. As a result, high quality alexandrite with vibrant color is increasing in cost. The majority of fashioned alexandrite are less than one carat. Like diamond, alexandrite typically increases in price with carat size. Alexandrite can reach large sizes, such as 8.8 carats. Assuming it’s of good quality too, a gem of this size is significantly more expensive than smaller alexandrite.

This gemstone can be as expensive as diamond. One 1.99 carat emerald cut alexandrite is selling for $76,000. Price varies widely as it depends on the quality and size of the gem. You’ll find alexandrite jewelry as low as $150, but it more commonly costs thousands of dollars. Diamond is similar in price. It ranges from $200-$100,000. It all depends on the quality and size.

Alexandrite vs diamond may have a lot of key differences, but we think they are around the same in value. Both gemstones are fairly expensive. Alexandrite jewelry is commonly worth thousands of dollars just as diamond. One reason why is alexandrite is rare. It’s becoming rarer as supply declines. Between alexandrite versus diamond, which gem do you prefer and why?