Whether you want to purchase a June birthstone necklace or a birthstone ring, many different options are available. While there is only one official birthstone for June, there are three. One was only discovered recently, while another isn’t a stone. The best choice for a June born would be one of these birthstones. If you’re not sure which stone is suitable for your June birthday, take a look at this list.

As you may know, birthstones are a collection of gemstones in which each precious stone signifies a person’s birth month. Each gemstone has its characteristics and energies that directly impact the person born under it. June’s birthstones are as unusual as they come, with Pearl and Alexandrite being two of them. The Alexandrite is highly uncommon and has “color-changing” properties. When exposed to incandescent or artificial light, it appears green in daylight and transforms to a purple-red tint. The pearl is also uncommon because it is the only Gem generated by a living creature.

As a result, wearing this healing gemstone can provide you with additional benefits in various areas of your life. Furthermore, these diamonds make excellent gifts! 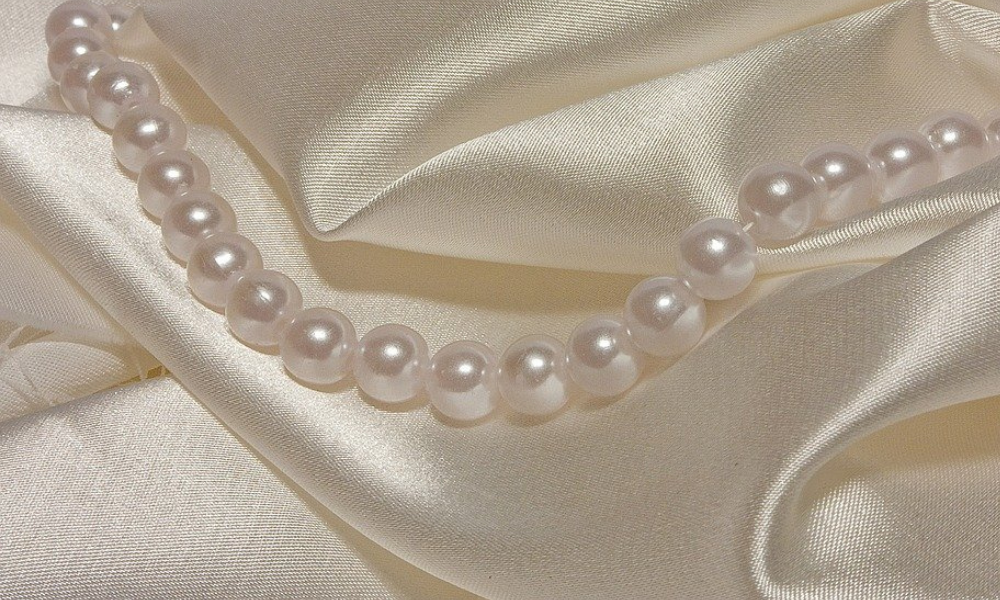 June’s birthstone color isn’t just one; it’s three! If you were born in the sixth month of the year, you were born with the birthstones pearl, moonstone, and alexandrite.

Pearls are one-of-a-kind gemstones since they are found within living animals instead of other stones found deep in the earth. They are rare because they grow in the tissue of living mollusks, yet there are cultured pearl farms worldwide.

Mollusks create pearls by forming calcium carbonate layers around minute irritants that become caught in their shells rather than a grain of sand, as is often assumed.

Natural pearls have a pale, spotless surface, which explains why they’ve long been associated with honesty, innocence, and purity.

According to Chinese tradition, dragons have pearls in their jaws and are thus connected with wisdom and power. According to some Middle Eastern tales, pearls are also said to be teardrops from heaven and are hence regarded as sacred stones.

Pearls were also supposed to provide health benefits, such as alleviating dyspepsia and depression and increasing eyesight. In addition, the birthstone for June is considered to bring long life and riches.

The Greeks regarded pearls as the hardened tears of joy that Aphrodite shed when she emerged from the sea because of their beauty.

With its dynamic appearance, the moonstone is the second gemstone of June, and it is mainly found in igneous and metamorphic rocks in India and Sri Lanka.

It is the most popular stone for June in Germany and other Scandinavian nations because of its iridescent luster. The most delicate moonstones have a unique light and a blue shine when viewed against a colorless/white background.

Moonstone is associated with passion and fertility, and these stones are said to form from solidified moonbeams in Hindu mythology. The stone has also been utilized as a talisman for the soul and mind in the past.

It is linked to lovely dreams and symbolizes love, passion, and fertility. The moonstone is also known as the traveler’s stone since it protects people on long journeys.

Alexandrite is the June birthstone and is known for its spectacular color shifts. When exposed to sunshine (or fluorescent light), this stone appears green, purple, or red (or artificial light) when exposed to incandescent light.

When discovered in the Ural Mountains in the 19th century, Czar Alexander II of Russia gave it Alexandrite. It used to be a valuable stone among Russian royalty, but now it is so rare and pricey that only a select few have access to it.

This stone is relatively new compared to other stones, and it only has a tiny amount of folklore associated with it. On the other hand, Alexandrite is associated with intelligence and is said to bring good luck to those who wear it.

The personality of people born in June reflects the June birthstone color meaning. This month’s natives are imaginative, intelligent, and optimistic.

Their opalescent stones represent purity and can help them relax. June birthstones include pearl, moonstone, and alexandrite, which offer love and luck to people born in the month.

What Is The Meaning Of June Birthstone Color?

The color of the June birthstone ranges from opaque pearl to milky moonstone tint to color-changing alexandrite.

If you know someone born in June, a piece of birthstone jewelry would be the ideal gift.

White and black pearls are the most prevalent color variants. Depending on where it is purchased, some may come in other hues, such as gold or silver. Because of its calming white tone, the iridescent pearl is connected with purity and honesty.

Moonstone has a milky white or gold appearance that resembles the moon. On the other hand, the moonstone comes in various colors, including pink and orange. This June birthstone color is thought to bring good fortune and good dreams.

Alexandrite is a color-changing stone, which explains its associations with pleasure, contentment, and other varying emotions. Wear alexandrite to experience some of the mystical properties attributed to its color-changing ability if you enjoy the magic.

What Is The Personality Of June Born?

Like the miraculous alexandrite, June babies have a changeable character and personality. Their moods aren’t always consistent; one minute, they’ll be cuddly and playful, and the next, they’ll be aloof and bored.

They are frequently clingy and too connected to the persons they are in a love connection.

People born in this month have a high level of intelligence and self-esteem. They are also gregarious, enjoy arguing, and are readily swayed. June babies are interested and good at expressing their emotions.

June kids constantly adapt to their surroundings; they enjoy new ideas and can easily mix in with various people.

They are social butterflies who can attract anyone, and they value loyalty and friendship greatly. June babies are also highly affectionate and emotional, and it takes them a long time to heal when they are injured.

On the other hand, they are tremendously optimistic about the future; they are full of ideas and can accomplish great things.

People born this month have excellent intuition; they are always in touch with their inner voice and can instantly detect when someone acts strangely. On the other hand, they make snap judgments about others.

June’s birthstone, pearl, can help them reconnect with the truth, moonstone can strengthen their intuition, and alexandrite can help them express themselves.

How To Boost The Color Energies Of The June Birthstone?

June is a month of passion and celebration, and what better way to focus your energy and honor yourself than by wearing your birthstone?

You can choose from three birthstone possibilities and wear one or more of your lovely stones. You may find a stone to match your mood, outfit, and budget.

The best pearl earrings are a timeless wardrobe accessory that ladies adore since they represent natural beauty. This is the traditional birthstone for June, and as a marine jewel, it adds elegance to any ensemble.

You can wear pearls to keep your spirits tranquil because they have calming characteristics.

Moonstone has relaxing properties that promote inner serenity and harmony.

They are frequently worn as rings because of their medicinal benefits and ability to acclimate the bearer to the moon’s rhythms. For good luck, include this lovely gemstone in your jewelry.

Because alexandrite is so expensive and hard to come by, you may have to settle with synthetic if you want to wear it.

You can use it in your birthstone jewelry to enhance your intuition and senses. Wear the alexandrite stone to improve focus and intelligence if you have an exam, a project, or an interview.

What Is The Flower Of June Born?

June’s natal flower is the rose. Like no other blossom, it heralds the arrival of summer with its sweet smell and everlasting beauty. “rose” comes from rosa, which means “rose.” Roses were widely grown in the Middle East under the reign of Rome and were used as medicine, perfumes, and confetti at celebrations.

Roses as emblems were popular in England throughout the romantic Victorian era. Due to its battlefield significance, the legendary 15th century “War of the Roses” was named. Both factions were fighting for control of the country, with white representing York and red representing Lancaster. Although the phrase wasn’t coined until the 19th century, the iconic roses became popular after William Shakespeare and other poets wrote about the fight.

June’s other birth flower is the honeysuckle, a symbol of joy and passionate love.

What Exactly Does The Month Of June Imply?

The first is that the month is named after Juno, the Roman goddess of marriage and Jupiter’s wife; the second is that the name originates from the Latin term ignores, which means “younger ones,” as opposed to maiores (“elders”), for which the preceding month May (Maius) may be named. 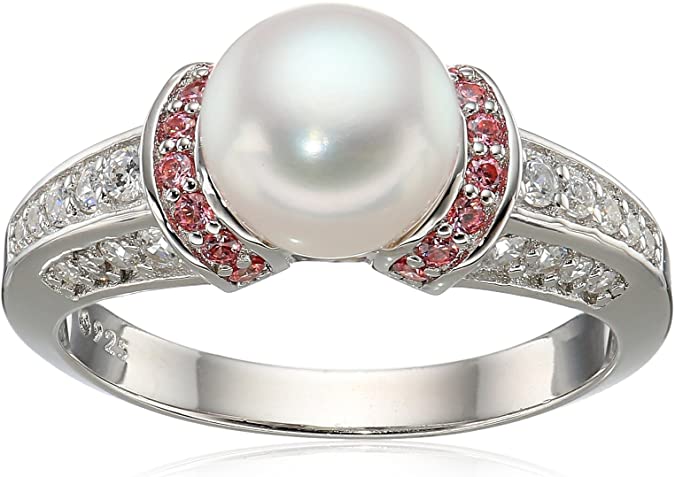 If you want to gift a June birthstone to your loved one, consider the alexandrite. Its color is green-blue, although it can change to a reddish hue under certain circumstances. This gem is also the June birthstone for June. The moonstone is the most popular, but it is also more recent than the pearl. The moonstone and pearls have a long history, but alexandrite is a discovery.

The pearl is the traditional June birthstone. It has been a valued gemstone for millennia and has even been the subject of legends. The pearl is often a white or cream-colored orb. Its blue color contrasts with the white of its surroundings. A June birthstone may change color in different conditions, so checking the details before purchasing is essential. You might be surprised by the variety of colors it displays!