The white sapphire vs. diamond issue has long been debated by gem enthusiasts, but a clear winner has yet to be decided because each of them presents some amazing advantages over the other. White sapphires and diamonds are extremely beautiful gems often used by jewelry makers for expensive rings, earrings, necklaces and other pieces.

While both are impressively tough and delightfully brilliant, they are composed of different elements and have different properties. This is why there are significant differences between sapphires and diamond rings. But which one of them is better? 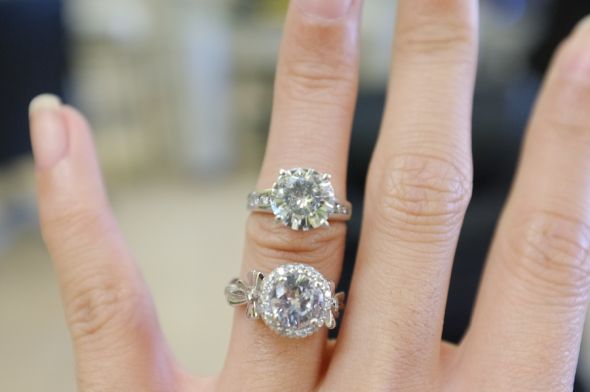 The most noteworthy issue setting them apart is the price, as diamonds cost at least ten times more than white sapphires. This makes sapphires ideal diamond simulants because the quality of the stone is impressively high, while the price is accessible for most of jewelry seekers.

White sapphires are mainly comprised of aluminum oxide and they belong to the corundum gem family, which also includes rubies, colored sapphires, and padparadschas. Diamonds, on the other hand, are pure carbon, the same element making up graphite and charcoal.

Some gem seekers shy away from diamonds because of the “blood diamond” controversy, which depicts the gems as a means of financing wars, especially in Africa, where the vast majority of diamonds are found. Sapphires might appear to be an excellent alternative to diamonds on the matter of cruelty, but, in fact, the mining process required for sapphires is quite similar to that utilized for diamonds and it entails similar political issues.

Due to the fact that diamonds can be sold for much more than sapphires, the political issues concerning diamonds are considerably more complex. While this remains an issue nowadays, customers may opt to purchase their diamonds and sapphires from companies that impose strict conflict-free policies on their suppliers. This is the only way that gem seekers can make sure that the precious stones they are about to purchase have been mined and process in an adequate environment.

Aluminum oxide is the main component of corundums. Impurities, including, iron, chromium, copper, titanium, and magnesium, give corundums their characteristic colors. White sapphires lack impurities, leaving them clear and colorless. Compared to diamonds, white sapphires are softer and have a lower refraction index, which means that they sparkle less than diamonds do. Sapphires scratch more easily than diamonds, but diamonds are more prone to chipping because of their crystal structure. 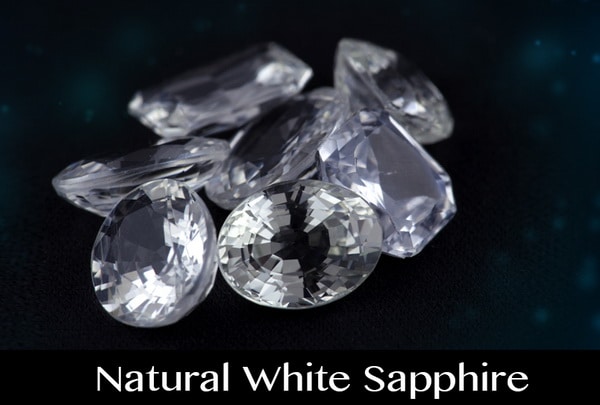 Completely colorless white sapphires are quite rare. Thus, the holder of such a breathtakingly beautiful stone should be proud to have the opportunity to wear such a wonderful gem. While they lack the colored tint of traditional blue sapphires, the white ones do display the same level of hardness as the blue variety.

In fact, white sapphires score 9 on Moh’s scale of hardness, and they are third only to moissanite, which score 9.5 and to diamonds themselves, which score a perfect 10. This structural aspect makes them the ideal alternative to diamonds.

White sapphires are mined in Sri Lanka, Burma, Thailand, Madagascar, Tanzania, Cambodia, and Australia. While colored sapphires come in larger sizes, the white ones are usually found in smaller sizes that range from 1.5mm to 2.5mm.

A common tactic utilized by jewelers is to sell sapphires that have slight tints of blue, green or yellow as white sapphires. Gem seekers should bear in mind that these are not authentic white sapphires and therefore, they should be able to get them at a lower price. 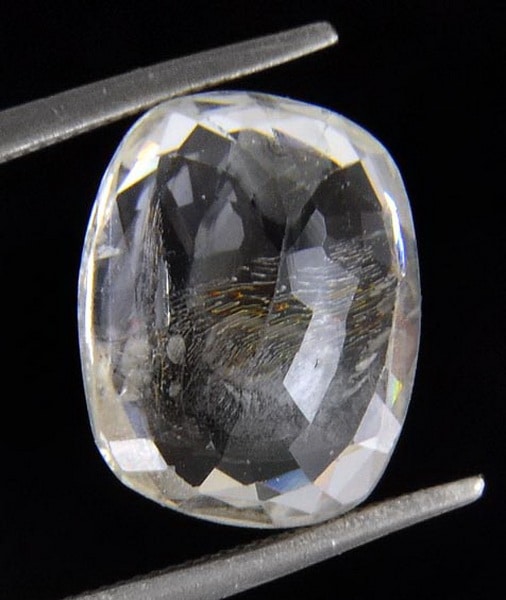 White Sapphire vs. Diamond: All About Diamonds

Diamonds are the hardest and most thermally conductive naturally occurring substance. Their hardness stems from the lattice structure of their carbon atoms. Diamonds form in the Earth’s mantle under conditions of high heat and pressure. They reach the surface through volcanic eruption, whereas sapphires form on the surface, in sedimentary rock deposits such as riverbeds. 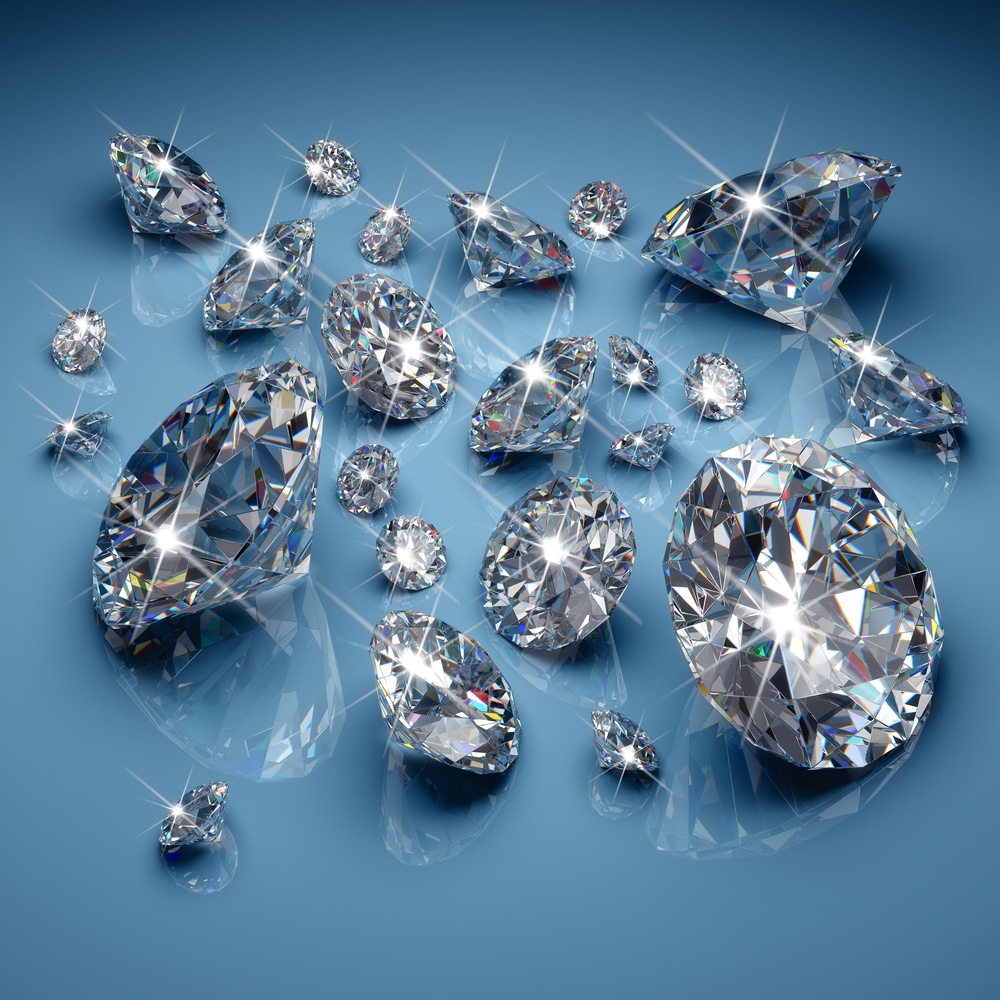 Diamonds are currently the most sought-after gem on the planet because of their impressive properties and beauty. In modern society, these gems are the universal symbol of engagement. Millions of men buy diamond rings for their significant others every year, thus maintaining an enormously high demand for the gem worldwide.

However, due to the exuberant prices that diamonds are sold by jewelry makers like Tiffany, replacements for the gems have become in high demand on the precious stones market. There is a wide range of diamond simulants available on the market, but up to this point, none of them have been able to become a noteworthy contender for the gem.

Diamond and sapphire engagement rings remain the most popular choices among jewelry seekers. Compared to other simulants such as moissanite or lab-made diamonds, white sapphires have an impressive standard of their own and they can be regarded as valid alternatives, rather than just replacements. 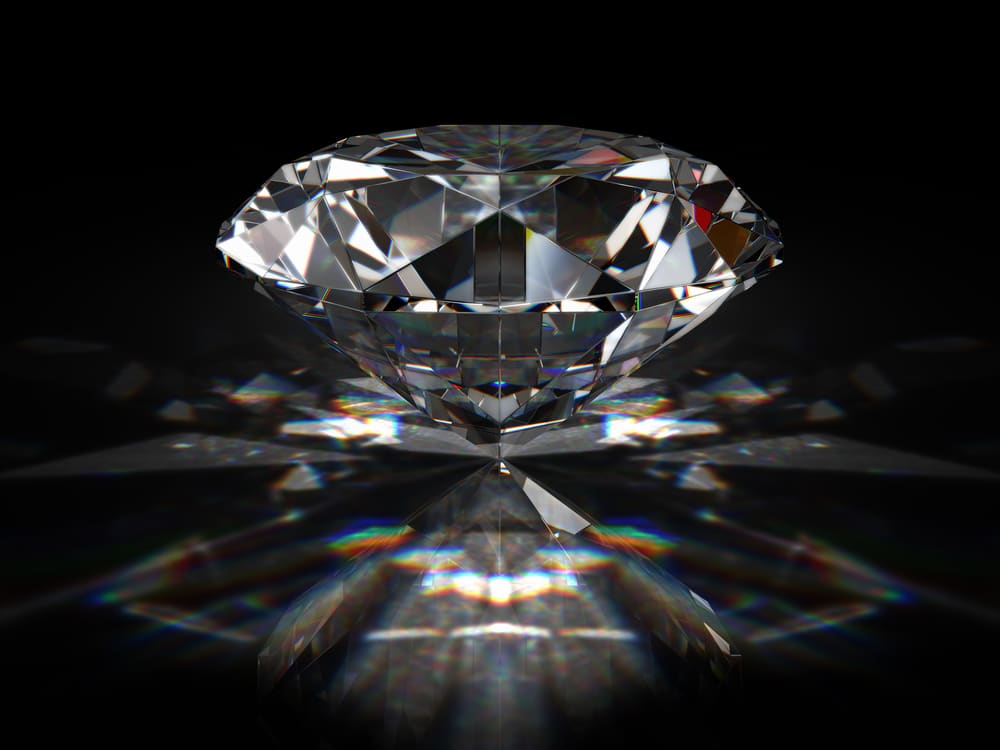 White Sapphire vs. Diamond: Which is Better?

Choosing between sapphire and diamond rings is an extremely complicated task because both options are exceptionally beautiful. Jewelry seekers usually make their decision according to the price of the pieces, their display properties, and the specific desires of the recipient.

Sapphire diamond rings are also very popular choices because some people are unable to choose between the two gems. Art deco diamond and sapphire rings are particularly popular engagement choices because this style perfectly compliments the glamorous nature of these gems.

Although diamonds harder than sapphires, they’re not necessarily as chip resistant. Sapphires can be scratched and abraded. With diamonds, this practically never happens. This is why diamonds rarely, if ever, require re-polishing.

Soap, water, and an old toothbrush used on an old diamond will usually make it look as good as new. (Note: the gold or platinum setting will still need to be professionally cleaned and polished to bring the whole ring back to its original shine.)

On the other hand, because of their crystalline structure, diamonds actually chip easier than sapphires. Some say sapphires are tougher. So don’t expect to see chips on sapphires. Do expect scratches, though.

Price aside, the sparkle test remains the single most important method of choosing between white sapphires and diamonds because this is the key structural property that gem seekers value. And this is where diamonds display their undeniable superiority because they truly are uniquely beautiful. 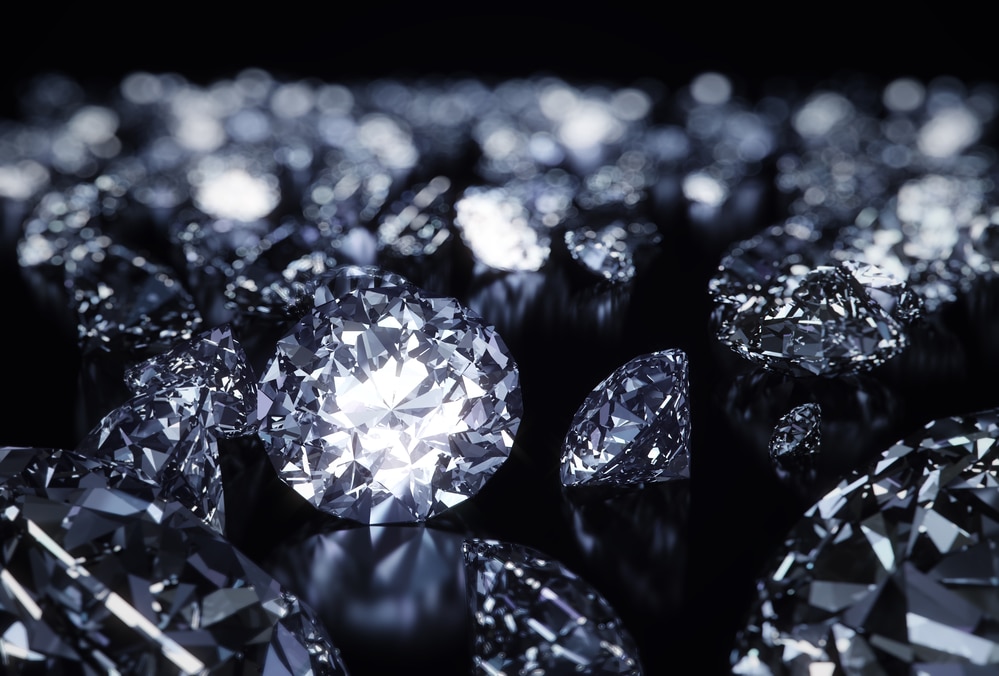 At first glance, telling the two gems apart is almost impossible. Upon a closer examination, however, diamonds gain significant territory because they sparkle like no other precious stone out there. This is actually the main reason why gem seekers ultimately opt for diamonds, in favor of white sapphires.

Because of their superior brilliance and contrast, diamond rings need cleaning –using a soft toothbrush and a special paste — less frequently than white sapphire rings do to maintain their sparkle. That sparkle also makes diamonds a popular choice for wedding rings, although many people have trouble telling the two apart unless the gems are viewed side by side.

Beauty is ultimately in the eye of the beholder and the final choice between sapphires and diamonds depends on the specific criteria imposed by the buyers. Both options remain excellent choices though because these gems are absolutely staggering.

The white sapphire vs diamond debate will be continued among gem seekers, as these are the best possible choices for a wide range of key jewelry pieces, such as engagement rings, wedding bands, earrings, necklaces, and bracelets. So what will you choose? Will it be glamorous diamonds or mysterious white sapphires? We wish you good luck in taking your final decision.

1 thought on “White Sapphire vs. Diamond”