Diamonds were always being promoted as something unique and an extremely special gift. From actresses to singers, many people favored diamonds while acting on stage. Being so popular, people came up with many different diamond quotes over the years such as “diamonds are forever”. We all know the popular Marilyn Monroe’s song “Diamonds are a girl’s best friend.” 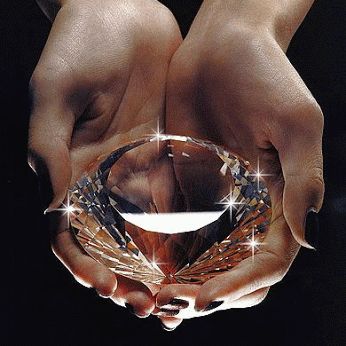 The soul is placed in the body like a rough diamond, and must be polished, or the luster of it will never appear.

By this, he meant that man’s soul is something precious that has to be polished and taken care of if one wants to discover his/her real potential. Like a diamond, the soul is rough at first. It must go through some harsh experiences before it can become better and flawless. The symbol of diamonds is often used in literature. It usually means purity and spirituality.

A diamond is a chunk of coal that is made good under pressure.

He wanted to say that every person has a truly impressive potential inside. Everyone can grow to become the best version of themselves. If you know how to overpass life’s experiences, you will accomplish great things and make a difference in the world.

Diamonds are raw and not so sparkly at first. However, they are modified after polishing, by using a high level of heat as well as great pressure. This is one of the diamond quotes that shows how humans can become great after being exposed to hard times. People should not avoid difficult situations. They should overcome them, and learn valuable lessons from each experience.

Better a diamond with a flaw than a pebble without one.

Eastern nations were the first ones to discover natural diamonds as well as their true value. This is why they appreciate them probably even more compared to the western populations. This is one of the diamonds quotes that states the worth of a real diamond.

Even if the diamond is not perfect, it is still way better than a worthless yet perfect pebble. Diamonds’ prices can reach impressive levels. Even one with small flaws can be sold for thousands of dollars. In fact, perfect diamonds are very rare. Flawed or not, people still get thrilled when wearing a diamond.

Wit must be foiled by wit, cut diamond with a diamond.

What Congreve wants to highlight is the fact that keen intelligence can be confronted only by the same thin, intelligence or intuitive thinking. The comparison with a diamond comes from the fact that real diamonds are extremely hard. You cannot cut one using something else than another diamond.

As an extra fun fact, diamonds can also be destroyed by a substance made by humans. It is called an aggregated diamond nanorod, and those who invented it state that this solution is 11 percent more powerful than a real diamond.

A diamond is forever.

This motto was a revolutionary advertising campaign that changed the way people perceived an entire industry. Before the creation of this quote, not many people associated diamonds with love, romance, and commitments such as engagements. They were simply part of the jewelry market, and they were used for different purposes, but mostly decorative ones. It is probably one of the most popular diamond quotes ever made.

By connecting a diamond with the most sacred American institution which is marriage, the advertising agency managed to change the way people looked at diamonds. Did you know that before this 20th-century campaign, nobody would give a diamond to the woman they loved? In fact, the only well-known gift of this kind was offered to Marie Louise, by Napoleon Bonaparte.

There are three things extremely hard: steel, diamond, and to know one’s self.

Being one of the wisest men that ever lived on this planet, Franklin came up with probably one of the most touching diamond quotes. He compares steel and diamonds with discovering the real person you are inside because all of these three things are incredibly hard. Knowing yourself takes many years and life experience. It is said that only the wisest and most intelligent people can truly discover themselves.

Some psychologists even state that is easier to find out the way other people are than to discover your inner self. Some people go through life without knowing who they are. This happens because most of us just avoid listening to what our body and soul tell us.

It is easier to sweep our miseries under “the rug”. However, doing this for a long time can affect our personality as well as our psychological reactions. Instead of creating an ideal but fake image of yourself, you should rather embrace and accept who you are. 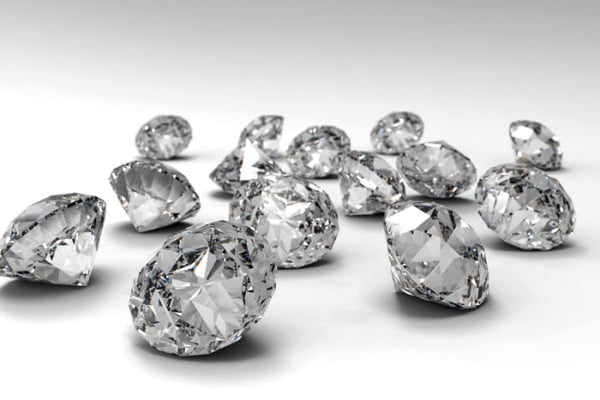 I have never hated a man enough to give him his diamonds back.

This is among the funniest diamond quotes ever told. She wanted to point out that no matter how much a man makes her suffer, she is so fond of her diamonds that she will never return them back to those who offered these gifts. This highlights the importance and the value of a real diamond.

On the other hand, diamonds are so valuable on both the legal and the black market, that many people suffer because of this. For example, there is the concept of “blood diamonds”. They are called this way because many diamond mines in Africa create a serious state of terror. The extremists kill people and take slaves to work for them, threatening them as well as their families.

A diamond on the finger of a man of wit and a pebble in the hand of a fool.

He was a French Catholic priest as well as a wise philologist. His statement is one of the finest diamond quotes of all times. This quote has a deep and powerful meaning. It captures struggles and emotions, and it is truly inspirational. Those who are intelligent and know how to develop their skills continuously will create more benefits and opportunities for themselves.

Meanwhile, the fools will only hold an insignificant pebble, but they will live under the fake illusion that they are keeping the most valuable stone.

Diamond quotes are not something new. From Confucius to modern times, many people have stated different things about diamonds. Moreover, diamonds were often used as metaphorical symbols in many plays and literature works.

Many of these quotes make you think and reflect, being inspirational. Diamonds are compared to the human’s soul. Like a diamond, the soul is rough at first, but if you take good care of it, it will become as sparkly as a precious stone.