What comes to mind when you think about expensive gemstones? The Big Four are diamonds, emeralds, rubies, and sapphires, to name a few. However, it may surprise you to learn that there are precious stones that are rarer and more expensive than these well-known gems.

Many of the most costly gemstones are brand-new discoveries made in the last few decades. Minerals like Pezzottaite, discovered in 2002, and Musgravite, the first gem-quality stone identified in 1993, are relatively recent additions to the gemstone field. They are, nonetheless, gaining in popularity. Their high value stems from their rarity, which can be attributed to tiny reserves, great demand, or the fact that they are only mined in one or two locations worldwide.

Aquamarine, for example, has been prized since antiquity, and top-quality specimens fetch significant prices. Due to the impact of celebrities wearing them, more odd stones, such as black diamonds, are becoming more popular and expensive. 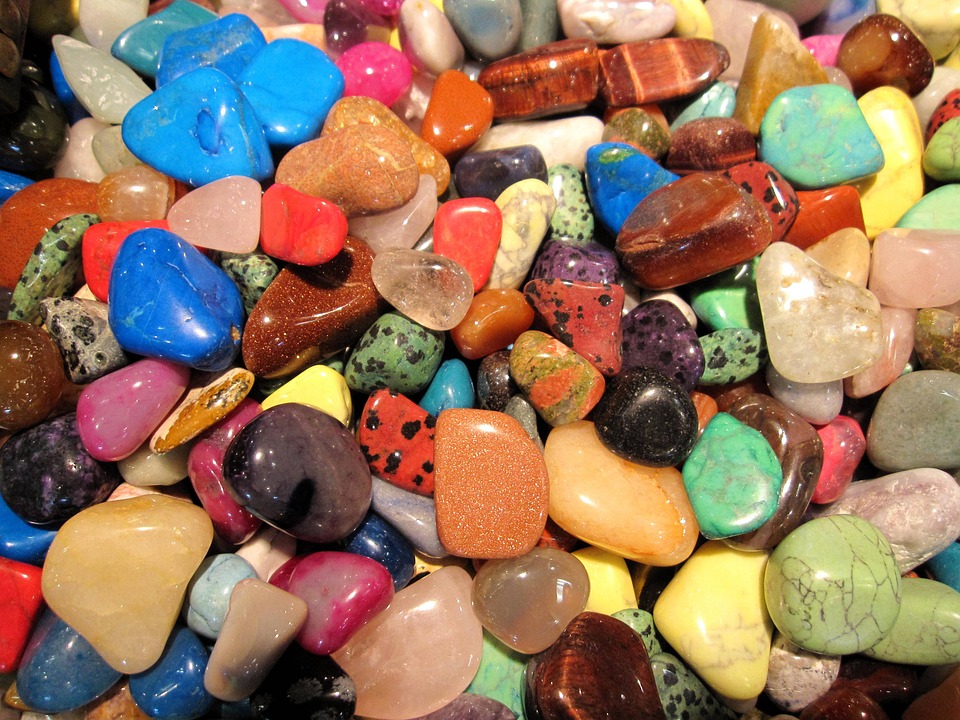 Here are the ten most costly diamonds in the world, listed by their price per carat weight, regardless of the reason for their high price. Diamonds, emeralds, rubies, and sapphires are all on this list.

Blue diamonds have all of the intrinsic features of diamonds, except the stone’s extra element of blue color. They’re blue because trim levels of boron contaminate the crystalline lattice’s structure. Blue diamonds are part of the fancy color diamonds subclass, the generic term for diamonds with solid colors. Blue diamonds, like white diamonds, range in quality from Flawless to Included.

Jadeite is the purest, rarest, and most vibrant gemstone in the Jade family. The mineral jadeite is pyroxene with the chemical formula NaAlSi2O6. It has a monoclinic shape. Depending on the composition, it has a Mohs hardness of 6.5 to 7.0. With a specific gravity of roughly 3.4, the mineral is dense.

That’s precisely what the “Hutton-Midivani Necklace,” made up of 27 giant, high-quality jadeite beads, did. The piece sold for $27.44 million to Cartier, the original creator of the necklace, after twenty minutes of frenzied bidding from eight possible purchasers.

Pink diamonds are tough to come by. Pink diamonds account for only 0.0001% of all diamonds in existence. It is a diamond that would provide the world with beauty and serenity. Pink diamonds, like white diamonds, can be perfect or (heavily) included. The Pink Star is the only entirely flawless pink diamond in the world.

A magnificent pink diamond weighing 59.60 carats sold for a record-breaking $71.2 million at a Sotheby’s auction in Hong Kong in 2017. This works to $1.19 million per carat. It’s known as the “Pink Star” diamond since it’s the largest Fancy Vivid Pink diamond the Gemological Institute of America has ever graded as Internally Flawless.

A red diamond has the same mineral properties as a colorless diamond but has a red tint. They are the most expensive and uncommon color of diamonds globally, much more than pink or blue diamonds.

It’s similar to pink diamonds in that the cause of their hue is hotly discussed. However, the gemological community most commonly attributes both colors to gliding atoms in the diamond’s structure when it undergoes immense pressure during production.

Emerald is a gemstone and a variant of the mineral beryl (Be3Al2(SiO3)6) that is green in color due to trace quantities of chromium and vanadium. On the Mohs scale, Beryl has a hardness of 7.5–8. Because most emeralds are firmly incorporated, their toughness (breakage resistance) is poor.

It was bought for $5.5 million at Christie’s auction or $305,000 per carat. As a result, it was the most valuable emerald per carat ever auctioned.

Richard Taaffe (1898–1967), who discovered the first sample, a cut, and polished gem, in Dublin, Ireland, in October 1945, is known as the discoverer of Taaffeite BeMgAl4O8. As a result, it is the only gemstone whose origins can be traced back to a faceted stone. Before Taaffe, most of the gem fragments had been misdiagnosed as spinel. It was only known in a few samples for many years after then, and it is still one of the world’s rarest gemstone minerals.

In 1951, chemical and X-ray investigation established beryllium, magnesium, and aluminum as the principal ingredients of taaffeite, making it the first mineral to possess both beryllium and magnesium as critical components.

It’s easy to mix spinel and taaffeite since specific structural properties are similar. Taaffeite is a spinel-to-chrysoberyl intermediate mineral, according to Anderson et al. Taaffeite, unlike spinel, has a twofold refraction feature that allows it to be distinguished from the latter.

Grandidierite is a rare mineral first identified in 1902 in southern Madagascar. The mineral was named after Alfred Grandidier (1836–1912), a French adventurer investigating Madagascar’s natural history.

Grandidierite has a high degree of trichroic pleochroism. That implies they can show three colors depending on the viewing angle: dark blue-green, colorless (often very light yellow), or dark green.

Diamond is a metastable allotrope of carbon with carbon atoms arranged in a diamond lattice, a version of the face-centered cubic crystal structure. Diamond is less stable than graphite, yet the conversion rate from diamond to graphite is minimal under ordinary conditions.

Diamond has exceptional physical properties, which stem from the strong covalent bonding between its atoms. Diamond, in particular, is the most complex and thermally conductive bulk material. Diamond’s principal industrial application in cutting and polishing tools and research applications in diamond knives and diamond anvil cells are determined by these qualities.

The most precious and well-known form of opal is the Australian black opal. A dark body tone, ranging from dark grey to jet black, distinguishes black opal. (See the diagram below.) However, this merely relates to the stone’s overall body tone and has nothing to do with the opal’s rainbow or spectral colors. Some people believe that a black opal should be entirely black (in which case it would be not very helpful).

Black opals, unlike conventional opals, contain trace quantities of carbon and iron oxide, which contribute to the stone’s great blackness. The rainbow colors in a black opal stand out considerably more robust than in lighter opals due to their dark body tone.

On the other hand, Black opals are the most precious type of opal due to their dark body tone and vibrant play of color. Black opal of the highest gem quality can sell for up to AUD 15,000 per carat. However, opal is black does not imply that it is precious. The overall value of opal is determined by several elements, including brightness and pattern. More information on the value of opal can be found in our article.

What Are Some Magical Stones?

This volcanic glass has been carved into mirrors, daggers, swords, plates, and ornaments for thousands of years in practically every culture worldwide. The stone retains an aggressive significance in Mesoamerican civilizations due to its use in battle. Its towering, mysterious black has turned it a protective amulet, perhaps.

According to the ancient Romans, Moonstone trapped the moon’s beams within itself. As a result, the name and ornamental use. It’s also linked to feminine lunar deities in Greek and Latin civilizations. It has been used as a profoundly feminine stone, for communicating with the gods, and as a divinatory rites companion.

Name Some Place Where Gemstone Can Be Hunted?

Gather your belongings and travel to one of these well-known US destinations. You can come into jewels worth thousands of dollars in places you never expected to find treasure. A gem hunting expedition is an excellent approach for beginners, especially children, to learn about gemology.

About an hour’s drive from Winston-Salem, NC, Hiddenite has glistening, magnificent emeralds. The Emerald Hollow Mine is home to the United States’ only emerald mine open to the public for treasure hunting. You can check out the mine’s results at sluiceways or undertake your prospecting, digging, and hunting for a modest price.

Although the 70-acre location is best known for its emeralds, it also produces sapphire, tourmaline, garnet, topaz, and aquamarine. (The gemstone hiddenite, a rare form of spodumene discovered in the area, was named after the town of Hiddenite in 1913.) The mine is open all year and has a beautiful landscape.

Do you want to go diamond mining? Murfreesboro is where you should go. The only extant mine where tourists can prospect for diamonds and keep their finds is the Crater of Diamonds State Park, 120 miles from Little Rock, AR. Stay at the park’s campground and take in the wildlife, natural landscape, and dazzling stones.

Diamonds can be found almost anywhere, including in the ground, although you can rent equipment for deeper digging at the park. Once you’ve collected a pan of stones, go to the office and have an appraiser go over your collection to see how much your sparklers are worth. Visitors to the park have discovered more than 30,000 diamonds so far, including a 16-carat gem in 1975, so your odds of finding one are good. Most of the stones are small and included, as with other diamond occurrences; however, several beautiful jewels have been discovered.

What Are Most Affordable Gemstones?

Amethyst, a member of the quartz family, is both abundant and widespread. It comes in various purple colors, ranging from light purple to deep violet. Fine jewelry includes darker violet and red-purple colors, while fashion jewelry uses lighter shade stones.

Agate gemstones are a form of chalcedony and belong to the quartz family. They come in a variety of colors. Impurities will cause bands in agate, regardless of color. Agates are almost always beads or cabochons, and they’re a popular tumbling stone choice.

Citrine is a member of the quartz family; are you detecting a pattern here? Citrine is uncommon; instead, amethyst is heated, and chemical reactions result in the yellow-orange color. Citrine comes in various colors, from light yellow-orange to deep red-orange. Because the price per carat is low, it is widely used in jewelry. 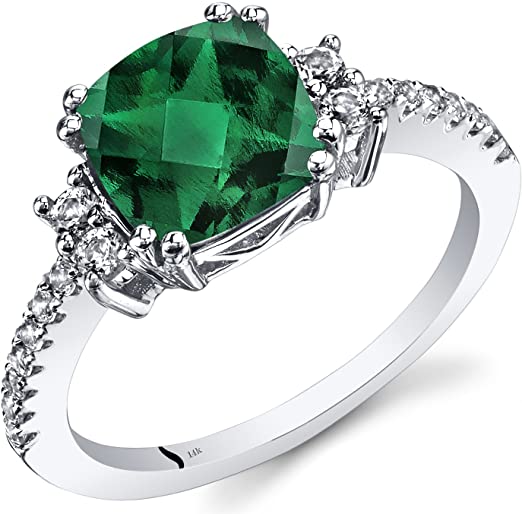 The most valuable gemstones are diamonds, emeralds, and rubies. Tanzanite, a rare purple-blue gemstone, is rare and only found in the foothills of Mount Kilimanjaro in Tanzania. It is also believed to be the most expensive gemstone globally, but it is not a rare gem. It is still priced at six to ten thousand dollars per carat.

The value of a gemstone depends on its rarity and size. A gemstone that has been cut and polished is the most expensive. Its size and shape will determine the price. Similarly, a rare stone is more expensive than a common one. But there are some exceptions to this rule. If you want to buy a rare stone, you can pay more. Choosing the rarest and most beautiful stone is better when buying a stone.