Among fancy colored diamonds, red diamonds are the most valuable. The color is associated with passion, love, and the heart, making them the perfect gift for your significant other. Though they are rare, they are also highly prized and costly. Despite their small size, they can command a high price, and a pure red diamond can cost as much as $1.2 million per carat. The rarity of red diamonds is the main reason for their high prices.

Red diamonds are not as common as white diamonds and are extremely rare. This rare color is caused by stress lamination during the formation process of diamonds. Natural red diamonds are not rubies or garnets – their coloring is more subtle. A true red gem will command a high price. The Hancock red, for example, was the most expensive per-carat gemstone sold at auction, and its price was $880,000, more than eight times the pre-sale estimate. 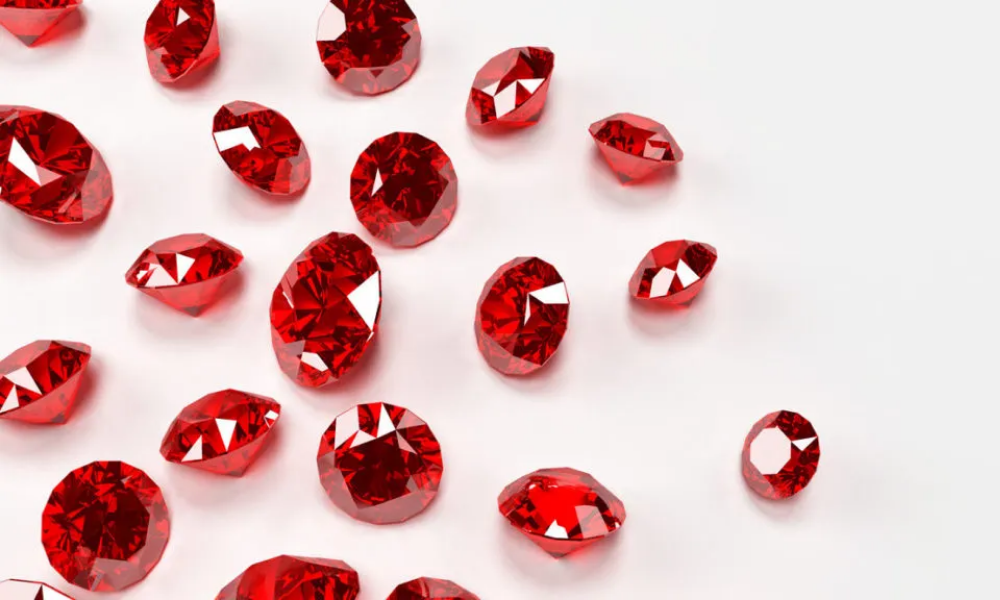 Only roughly 20 to 30 natural red diamonds (red diamonds with no secondary hue) are known today. One of the main reasons red diamonds may fetch such high per-carat pricing is this. The Hancock Red diamond, for example, was purchased in 1956 for $13,500 and sold at auction in 1987 for $880,000! In 1987 currency, a 0.95-carat diamond was worth $926,000 per carat! A reasonable price for a red diamond from a regular store is around $400,000 per carat (not for a famous diamond at auction). The Moussaieff Red, the world’s largest red diamond, is also the most valuable red diamond ever sold.

In 2001, the 5.11-carat Fancy Red diamond was sold for $8 million, or $1.2 million per carat. These figures demonstrate how something so insignificant can be worth so much money because of its rarity in nature and desire.

However, not all red diamonds are scarce. The most valuable stones are primarily red, with no secondary tones such as orange or purple. Predominantly red diamonds are so rare that there are probably less than a dozen for sale in the market at any given time—those that have a certified unaltered red color and are more significant than 0.20 carat.

Consider a red diamond with a modifier if you want a red diamond but don’t want to pay for a primarily red stone. The purplish-red diamonds are usually the most stunning.

What Is The Origin Of Red Diamonds?

Rio Tinto’s Argyle mine in Australia produces the bulk of red diamonds and pink, blue, violet, and brown diamonds. On the other hand, red diamonds can be discovered in diamond mines in Brazil, India, and Russia. Red diamonds originate in such places due to geological formations not found in other recognized diamond mines worldwide, such as Canada, Botswana, Sierra Leone, or South Africa.

Given the scarcity of red diamonds, four notable ones speak something about their status. Famous red diamonds stand out among all diamond colors in that they are not enormous by conventional standards! They are well-known for their exorbitant cost and vibrant color of their size. It’s worth noting that just five red diamonds more prominent than 5 carats have ever been found.

The Moussaieff Red received its moniker after it was sold to the Moussaieff diamond company in 2001. It was initially known as the “Red Shield.” This Fancy Red diamond, weighing 5.11 carats, is the world’s largest known red diamond and the most expensive red diamond ever sold. It was discovered by a farmer in the Abaetezinho River in Brazil in the 1990s. The Moussaieff Red was part of the Splendor of Diamonds show at the Smithsonian Natural History Museum in Washington, D.C., in 2005, among several other notable color diamonds and one famous colorless diamond.

The Rob Red is a 0.59-carat Fancy Red pear-shaped diamond with VS1 clarity, named for its owner, Mr. Robert Bogel. Stephen Hofer made the following declaration:

“To date, the world’s most saturated and purest red diamond has been measured visually and instrumentally.”

As a result, some people mistakenly believe its color grade is Fancy Intense Red, even though the color classification does not exist.

The Hancock Red, a 0.95 Fancy Red diamond from Brazil, is an exceptional round brilliant diamond with striking red color. It was initially purchased for $13,500 by Warren Hancock, a Montana rancher, and diamond collector, at his local jewelry store in 1956. The diamond was auctioned at Christie’s NY in 1987 for $880,000, making it one of history’s most significant diamond investments. It was the most valuable diamond ever sold at auction at the time.

The fancy brownish diamond weighs 5.03 carats. The red diamond is a round brilliant diamond named after its owner, Boston jeweler Sydney de Young. His company purchased the stone as part of an estate sale, and it was considered a garnet. De Young remarked that the stone appeared to be in good condition and had it analyzed, which confirmed his thoughts that it was a diamond. After several years of ownership, De Young bequeathed the diamond to the Smithsonian Natural History Museum in Washington, D.C.

With a weight of 5.05 carats and an emerald cut, the Kazanjian Red diamond is the world’s second-largest red diamond. It was once known as the Red Diamond. The gem was discovered near Lichtenburg, South Africa, in the 1920s and was taken by the Nazis during WWII. When the Kazanjian Brothers bought it in 2007, it was renamed, Kazanjian Red Diamond. The diamond was created from a 35-carat chunk of South African boart. The Kazanjian diamond appears as a bright drop of blood under candlelight.

What Are The Intensity Levels Of Red Diamond?

With red diamonds, there are no varying levels of color intensity. While other Fancy Color Diamonds are graded by terms like Fancy, Intense and Vivid, red diamonds are not evaluated on that scale. The red color itself could even be considered a supersaturated level of the pink diamond spectrum.

Different modifiers or overtones may be present, along with the red color. The most common, and probably the most aesthetically pleasing, is Purplish Red. Other common modifiers are Brownish and Orangey. Stones with Orangey and Brownish overtones are worth significantly less than pure Red or Purplish Red diamonds.

What Are Popular Engagement Rings With Red Diamonds?

If you’re lucky enough to find a red diamond, it should be put in an equally magnificent ring. Here’s some red diamond engagement ring inspiration.

Pair it with an intricate halo setting to make the most of a rare red diamond’s size and elegance.

Bright side stones, either white or colored diamonds, can be used to complement a rich red diamond.

A prong setting enhances the brilliance of a red diamond.

What Are Some Popular Red Diamond Jewelry Settings?

Because red diamonds are scarce, we strongly advise you to consult an expert before proceeding with your quest.

What Is The Difference Between Color Diamonds And Red Diamonds?

A red diamond is rarer than most other colored diamonds, and only a few are found each year. The Argyle mine in Australia, which is scheduled to close in 2020, is the primary source of this type of diamond. The color of red stone results from glide planes in the crystal. The greater the number of glide planes, the more expensive the stone.

A red diamond should be obtained from a merchant like James Allen, who offers high-quality photographs. You want to make sure you receive the most stunning red stone possible for your money. Leibish & Co. has the most acceptable prices and the overall customer experience in the Fancy Color Diamond industry, based on our years of experience. Furthermore, Leibish & Co has the highest level of experience in bringing out the full color of the stone when it is set in jewelry.